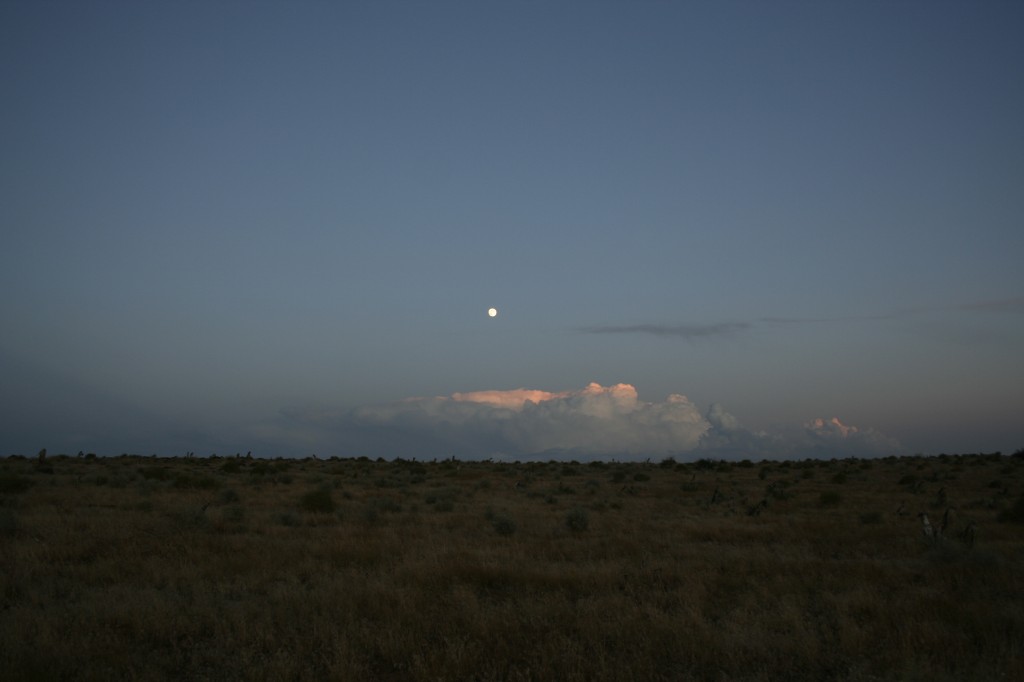 From where I live in the desert there is an incredible view of the eastern sky. Sitting on my patio swing I can look into the east for 20 kilometers and have an unobstructed view of a horizon that is doted with a chain of ancient volcanoes. This morning I watched a spectacular astronomical event. Some moments before sunrise, a tiny sliver of the moon, along with the shadow of its full disk, slowly rose over the horizon from behind these volcanoes. It was an incredible sight, one of life’s magical moments. But there was more. Along with the moon, Venus and Mercury and Saturn, also rose, but not only were the moon and these planets rising, so was the sun. They were all rising in Virgo. This is rare. A few minutes later the skyline became fiery orange and then, in a sudden burst, the sun exploded over the horizon sending a glorious blast of light that washed into my patio spreading the soft hues of yellow, purple and red. I was thrust into an altered state of being. The world became alive. The sun, the moon and all the planets became alive, and I could talk with them. This is how I started my day!

When I witness such beauty and I feel my response to it, whether it is in my desert home or in some other place in the world, I am reminded of the ancient teaching “The flash of lightning in the sky that causes one to gasp in wonder and exclaim “Ah!”– that Ah is Divinity.” Mostly I live my life and hardly reflect on the wonder and beauty of the world. The sun rises, the sun sets, the wind blows, and the rain falls, but how often do I notice the magic of these events? For a few moments this morning these seemingly routine occurrences, the rising of the sun and the moon, and the planets, suddenly opened my mind to a realm of beauty and possibility. A year ago I sat in a grassy field on Maui, an island in the South Pacific, and watched as the clouds and the wind danced around the volcanoes of that sacred place. On that day too, I talked with the world.