Last night I attended a Ravi Shankar concert and by the way he appeared, probably the final concert of his career. He is 92 and looks every year of it. He was brought onto the stage in a wheelchair with some tubes connected to him. He looked old and ailing in the extreme. I’ve seen photographs of Monet and even old movie clips of Renoir in their final years and seeing Ravi Shankar last night reminded me of these two great masters. It was both a wonder and a shock to see him wheeled onto the stage. Ravi Shankar is one of my heroes and icons from my youth. Because of his association with the Beatles and because of my young age at the time, he is a person who played a key role in shaping views toward India and Hinduism along with my sense of art and beauty—my aesthetic.

The concert was divided into two parts, the first featuring his daughter, Anoushka, then after a short intermission, he was wheeled out for about an hour. We learned there had been a previous concert set up in March which had to be canceled due to ill health and so this was the make up concert.

He started off slowly and at first I thought, oh my God he’s going to die right in front of us, but it didn’t take more than a few string plucks to realize this man was still a master of his craft. In the hour before we had heard various ragas played to the accompaniment tabla and mridangam, yet, in my opinion at least, they lacked definition and the ability to evoke feeling. They were simply technically correct notes blended together with nice rhythms, but within seconds we began to hear musical shape and form come to life. Ravi Shankar bought life to the music. As he plucked the strings of his instrument I felt as if he was plucking some strings within my own heart. Emotion began to burst forth and my hair stood on end. He had my full attention. By the end of the hour his playing was at near full speed and had the vigor of a much younger man. The transformation was amazing. And then suddenly it was over, the music ended, old age reappeared, he was picked up, put back into his wheelchair and quietly wheeled off the stage, perhaps never to return in public. Here is a YouTube link that shows a few moments of what I saw last night: http://youtu.be/5fmLjt972a0

What is the quality of a performer, who even in old age, is able to evoke intense emotions? His music was direct. It had form and definition, and yet it was not highly embellished. It had intensity; it was simple, yet it was not simplistic. His music reminded me of the language of the Upanishads, simple and direct, compared to the highly complex and embellished language of later sanskrit literature. There is great power and beauty in simplicity. There was no doubt, I was in the presence of musical genius last night. 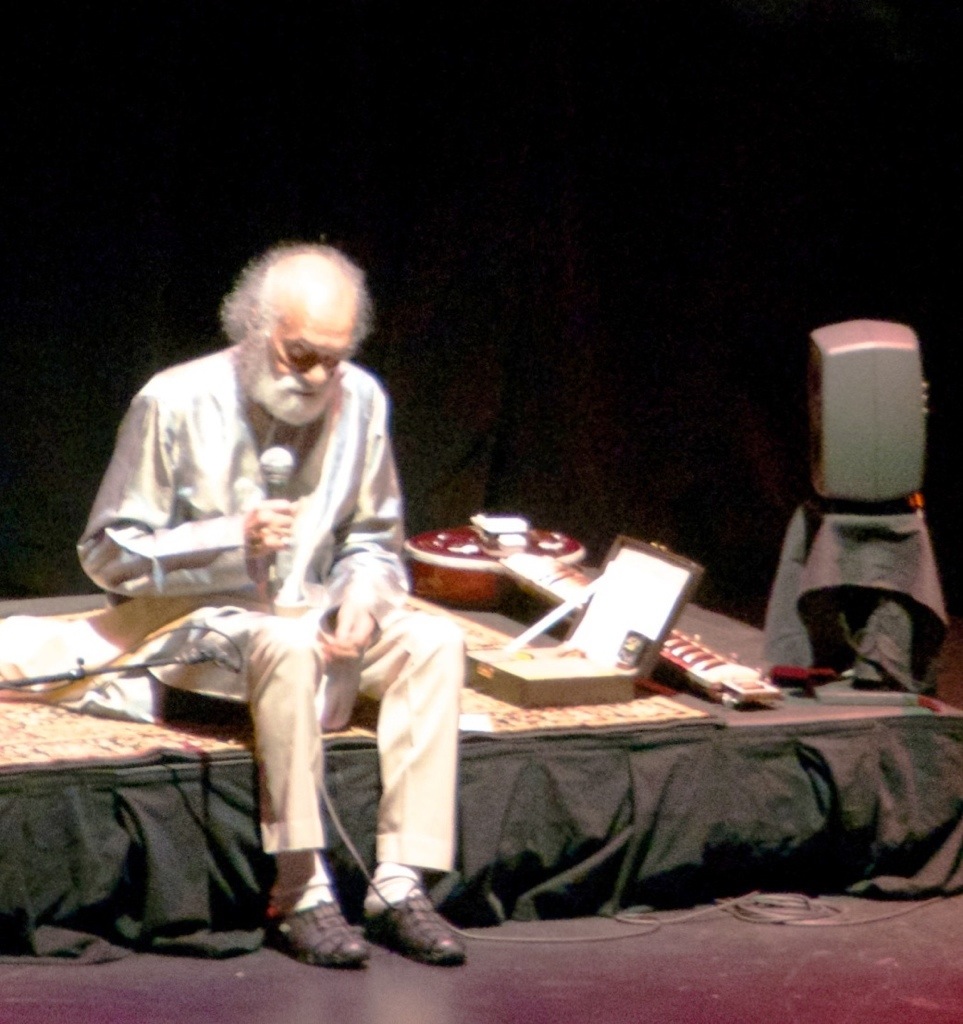