Impressionism at the Hermitage, Amsterdam
October 10, 2012

The Impressionist’s exhibition in the Hermitage Amsterdam was actually a special showing from the St. Petersburg’s Hermitage collection. Many of the paintings had Russian titles attached to the frame that I could read! The time I’d spent learning Russian letters was paying off! I have seen many exhibitions of Impressionism over the years, but this was special because it displayed approved French Academy paintings alongside the rejected impressionistic ones. This was unique and gave a clear idea of what French audiences were seeing in the late 1800s. In those days the French Academy of Arts had specific rules for what kinds of paintings could be publicly shown in it’s salons. The subject matter had to be of a certain motive, the colors had to be a certain way, the clarity of the forms had to be of a certain quality, there could be no visible brush strokes, and so forth. It was a highly regulated affair. There was even a panel of judges to screen the paintings each year and determine which ones could be shown. The ones which were deemed unfit were marked with a large R, rejected. And as expected it was important for artists to get their paintings approved by the Academy so they could get support from patrons and collectors. During the 1850s more and more paintings were being rejected. By 1860 more than 3500 of the 6000 painting submitted were marked R. Something was definitely changing in the world of French art during those years. In fact such a large number of paintings were rejected that Napoleon lll had to allow a separate exhibition for some of these rejected paintings! Once this began, independent showings of more of these rejected painting also started. The Academy was losing control of art in France. In fact, this unauthorized art drew a lot of attention, most of it critical, but some of it highly positive. The question arises why were so many paintings showing up against the rules of the Academy? There were many reasons, but one of the simplest and most powerful was a new technological development, the paint tube! With the advent of the paint tube artist’s paints could be mixed in the studio and taken into the field without drying out, which meant artists could now paint outside using new subject matter and in different light conditions. Before this most art was studio-art. This was not an overnight development, but gradually new kinds of painting styles with new subject matters and lighting conditions evolved into new styles of art, including Impressionism. Consequently, the kinds of paintings presented to the Academy reflected these new developments. It seems amazing that something as simple a paint tube could play a significant role in creating a new kind of art. The exhibition in Amsterdam that I saw compared the approved works alongside the rejected works. There were landscape paintings of the approved Academy artists alongside landscape painters like Pissarro and even Monet, the rejected artists of that day.

One of the big problems with this exhibition and the museum in general is that it did not allow photos, and so it is impossible to remember the details of which artist was contrasted with which artist.

One of the things I learned seeing this exhibition is how artistic tastes change from one generation to the other. What for one generation was rejected art became masterpieces for a future generation. It was also amazing to see how a tiny and insignificant technological change, something as simple as a paint tube, contributed substantially to a whole new artistic genre. I find it interesting that today we are able to accept both art forms as masterpieces. Seeing this exhibition I could look at both walls, the approved Academy paintings and the rejected Salon paintings, and see beauty in both. The current generation always stands on the shoulders of the past generations. Our culture is enriched by both walls of this exhibition.

Below you can compare two landscape paintings, one by an approved academy artist, Jean-Léon Gérôme, and another by the rejected Impressionist, Pissarro. Both lived in the same city and at the same time. 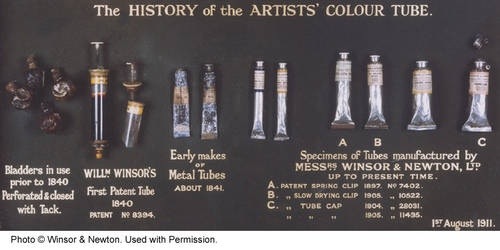 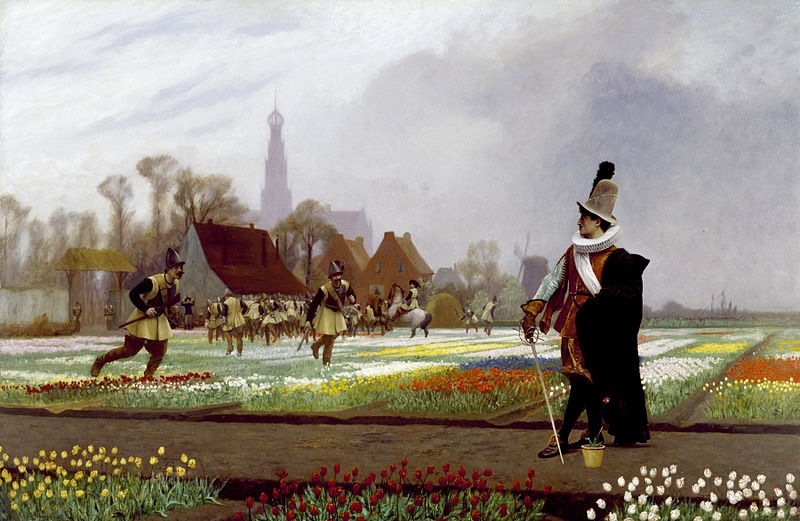 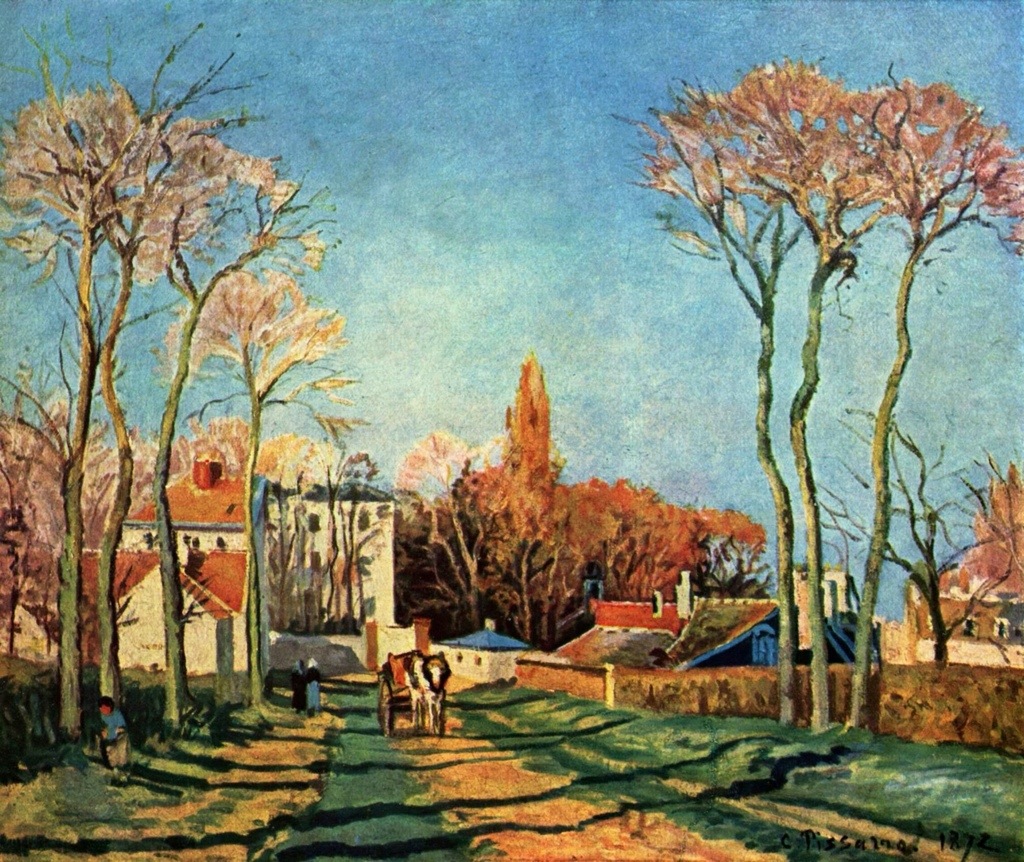