This evening the desert is beautiful, and except for the sound of a few crickets and the distant cry of a coyote, it is peaceful and serene. There is no moon tonight, so I sit in the dark on my swing with my computer in my lap. I love to be outside at night to write. The darkness around me and the vault of the heavens above, inspires me. There is magic in the desert at night. The temple was busy this evening, but somehow I was able to leave a little early. Many nights I am forced to stay beyond closing time, but this night I was able to leave so that I could be here on my swing for a few hours of peace and tranquility. The heat is gradually building during the day as the hot season sets in, which means the desert nights are a cool and inviting time to write. I love my desert home.

I first found this place ten years ago. At the time I was living in Riverside near my temple and on my days off, usually Wednesdays and Thursdays, I would jump onto my motorbike and escape from the city to the deserts of Southern California. I would ride for miles all over Southern California and one day I came to this sacred spot in the desert, which would eventually become my home. I am a country boy at heart even though I grew up in the city. My love for the wilds was instilled in me by my parents at an early age. Virtually every Friday afternoon, as school ended, they would pick my bother and I up from school and drive us to our family cottage a hundred miles outside of the city where we would spend the weekend. Then on Monday morning they would drop us back in the city just as school was beginning. During the whole summer, three months, I would also spend my time at the cottage with my cousin. The two of us lived in tents and would go fishing, canoeing, hiking and horse back riding, and we would work on the local farms every summer. We did this for years and so I grew up with a love for the outdoors and the rural life. But Southern California has no outdoors like where I grew up or even farms like I used to know, at least not family farms, instead it has its own offering of the rural life, the deserts, lots of them, and so I have transferred my love for the wilds of Ontario to the deserts of the Southern California. I cannot imagine living in a city. I only visit the city.

A hundred miles is just a bit too much of a drive to get away from it all. I knew this from growing up. Sixty miles is perfect, so when I went searching for my desert home I had this sixty mile rule in my head. I also knew the way should be direct with no stop lights or switch back roads. It is not good to be on top of a mountain, nor should one have have to drive on rough roads to reach home. Too much remoteness is not good. Neighbors are also important, but you don’t want them too close. You want to see them, but you never want to hear them or see into their living rooms. With all this in mind I began my search for my home in the desert. 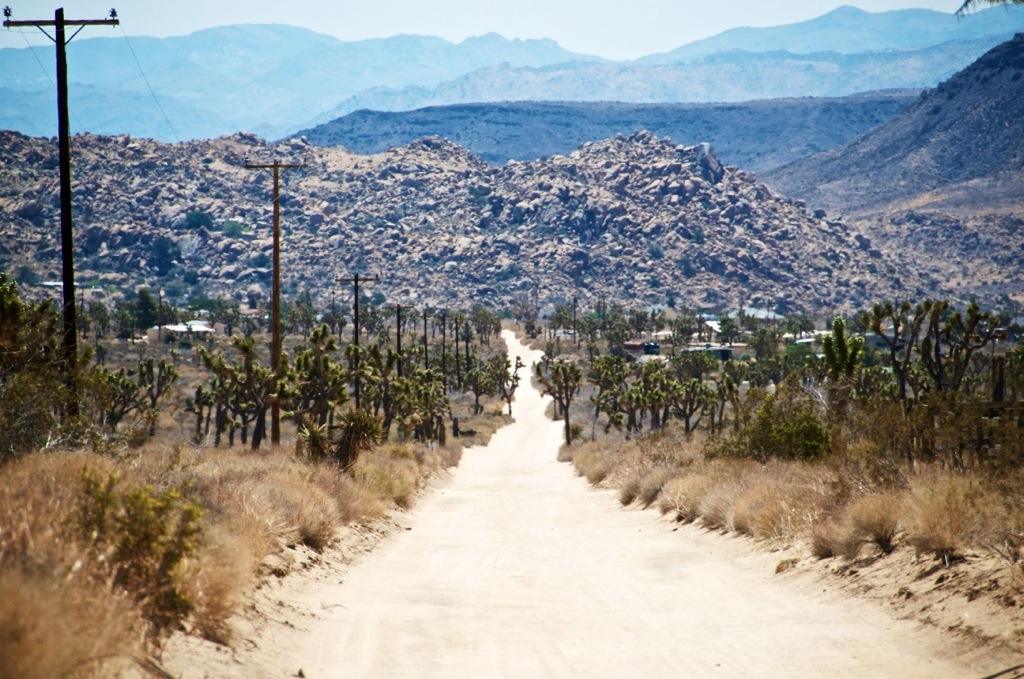