Something truly amazing happen today. An astroid, half the size of a football field, barely missed the earth by only 27,000 kilometers and meteor crashed into a city in Russia and hurt over 1500 people, mostly from glass fragments as a result of a sonic boom. It’s mind-boggling to realize that two of these space events happened on the same day within hours of each other. We only knew about the asteroid a week before it raced by and no one knew the meteor was coming at all.

These were positive events because for a few short moments every human being on this planet felt themselves united and potentially vulnerable. We all came together as one group, residents of a lonely planet in space. Had that astroid hit the earth anywhere it would’ve had global implications. The meteor streaking across the sky on the same day only heightened the potential of the astroid. It is a rare moment that we come together as residents of one planet instead of residents of our different countries. We need more of this. 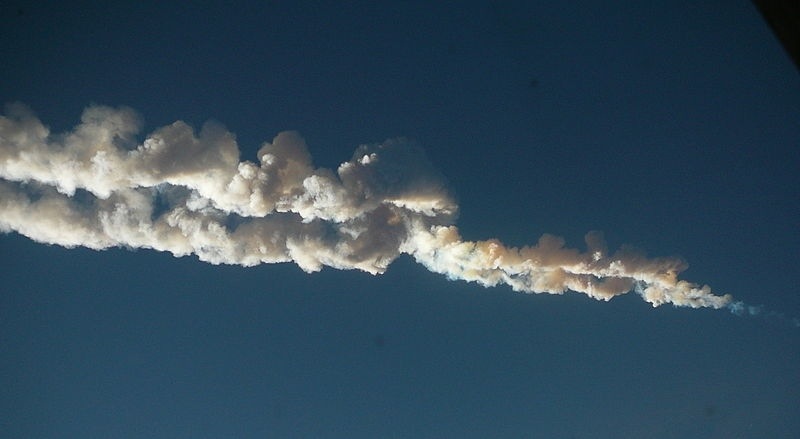