My mother recently sent me some photos of her parents. By profession my maternal grandfather was a stonecutter. The stonecutting business had been in the family for many generations. I am told that my grandfather came to Canada because his father had a masonry business in England that failed. Apparently a business partner had become involved in some illegal activities that led the business into bankruptcy. In order to escape debtor’s prison my great grandfather smuggled the family on board a ship allegedly bound for Australia. Halfway through the voyage my grandfather learned that the family’s true destination was Canada. The year was 1913.

Toronto is famous for many stone buildings, especially churches. I remember driving through the city with my grandfather as he proudly pointed out the buildings he worked on. And there were a lot, including the large Krishna Temple, which is one of the most prestigious churches in Toronto. I was there when the Krishnas purchased this building and I remember all the controversy about the Hindu cult taking over a respectable Christian building. But I never knew that my grandfather had worked on this building. 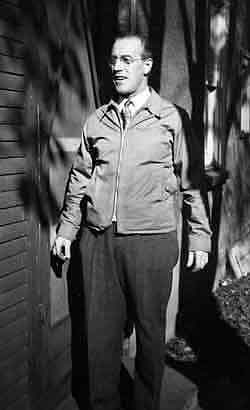 My maternal grandfather was an important person in my early life. As children my brother and I called him Grampa. I remember him “glued” to the television watching “Hockey Night in Canada” every Saturday night for years. In later life his eyesight began to fail, so he would watch the television from about two inches away. It was a funny sight to see. He used to become so emotional when his team scored a goal. He would often bump his head against the television and almost fall off his chair. I remember this because my room was next to his and I could hear everything.

I know that my grandfather married my grandmother in 1920, but beyond that I know very little about my maternal grandmother. I called her Nana. She suffered a devastating stoke in her late 60s and so was not a “whole” person for the remainder of her life. She became severely paralyzed and lost her ability to speak. Apparently she fell out of a moving car and two weeks later suffered this stroke. My grandfather blamed himself for the rest of his life for this incident. He was the driver. After this happened an agreement was made with my grandparents that they would live six months at our home and six months with my Aunt Peggy’s family. This turned out to be a good arrangement because it allowed me to develop a close relationship with my grandparents. I learned how families look after each other and how the skills of an older generation become transferred to the younger generation.

Grampa, as I called him, showed me how to use hand tools, how to work with wood, how to paint, how to install drywall and even how to clean fish, a dubious skill given that I am a vegetarian. My father was also a builder and I learned many things from him, but there is something in the relationship between a grandson and a grandfather that is enduring. Fathers are too busy working to spend time with their children, but grandfathers have leisure to spend with their grandchildren. As a father I am also guilty in this regard. I have not been directly involved in my children’s lives the way I would have liked. And what is even worse, there are no grandparents in the life of my children. Our modern world tosses families out across the globe like dice on a betting table. The greater family unit is now shattered and all the benefits that I gained by having my grandparents in close proximity have been denied to my children.

Anna, one of the main reasons that I am writing these memories is to make myself 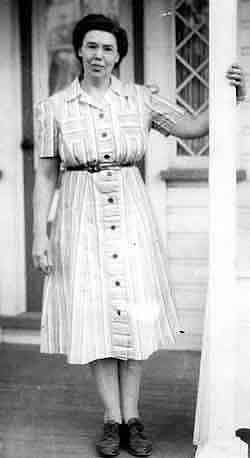 available to my family. I hope that in writing these pages I can share some of my inner life with those I love. These pages are necessarily intimate and personal and they are my way of reaching out to those whom I have neglected. As my grandfather imparted his skills to me, I am giving my skills and my experiences in the form of my words to those who are important to me.

Because I am a priest I have never been able to be at home when my family is at home. When my children arrive from school I leave for work. When my family is at home, I am at temple. All holidays I work. My life is always out of sync with my family. And to make matters worse, I am a writer. The life of a writer is a lonely life. Every book that I have written including this one has demanded that I spend hours and hours alone, separated from those I love. I suffer greatly from loneliness. Even as I write these words, it is the middle of the night and my family sleeps alone. I am in another place.