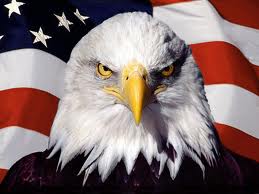 Compared to Americans, Canadians are mediocre people. America has put a man on the moon and sent satellites across the solar system to Mars, Jupiter, Saturn, Neptune and beyond. What greatness! What vision! Canada can not even conceive of doing such things. The best Canada can do is to make a mechanical arm that flies in the space shuttle that America built, but they can not make the shuttle itself. What is it that is in the consciousness of America that allows such greatness? Is it the same psyche that elected George Bush and put this country into Iraq? A Canadian can not conceive of how Americans think and feel. Twice they have elected George Bush. Yesterday, I saw a survey of worldwide countries whose populations supported George Bush as president. Only the Poles supported this presidency. Poland? Why Poland? God only knows. Even the British, despite Tony Blair, had little support for President Bush. Today President Bush travels to Canada to hold talks with the new Canadian prime minister, Paul Martin. There are monstrous fences to mend; Canada does not support the Iraq war, nor does it support the religious right wing position of the Republican Party. A prominent government minister recently called George Bush a moron and was promptly fired for her political incorrectness. But I know she simply echoed the thoughts of most Canadians.

It seems that Canada has fallen into European ways and ignored the direction of its massive neighbor to the south. I am not sure it is in the interest of Canada to ignore America. When the elephant rolls over in its sleep, the mouse who sleeps next door can get crushed. O Canada, pay attention to your closest neighbor! She had a revolution and cut its apron strings two hundred years ago. You never had a revolution. She adopted the eagle as its national symbol, You adopted the beaver. Watch that eagle carefully. Never let your beaver eye lose sight of that eagle.