Like my father, my mother was born in Toronto Canada, only one year earlier in 1923. She 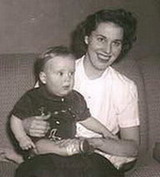 was named after Queen Victoria. In Canada, the 24th of May is a national holiday called Victoria Day. To me it was mother’s day. As children, we called it “firecracker day” because that was the day when most cities and towns put on large fireworks displays in celebration of Queen Victoria’s birthday. In those days any kid could easily buy firecrackers at a local “smoke shop”! My God, I used to take the firecrackers a part, collect the gun powder and make rockets. I think every Canadian kid became a munitions expert because of this holiday. It is a wonder I am still alive! I have singed my eyebrows so many times. Fortunately, firecrackers can no longer be purchased like we did in those days.

As I think of Queen Victoria one more thought comes to mind. All through elementary school we used to standup and sing God Save the Queen and then recite the Lord’s Prayer at the start of each school day. There was no “O Canada” in those days. Canada had not yet fully cut itself away from Britain. The present-day flag, The Canadian Maple Leaf, had not been designed, nor was there was a separate constitution or bill of rights. For all intents and purposes I grew up British. My only identity was that I was not American. There was no true Canadian identity in those days. It was not until the rise of Quebec separatism that a true Canadian identity developed. In an odd way the terrorists in Quebec did the country a favor by helping to forge a Canadian identity. When the bombs went off in downtown Montreal, English Canada woke up and listened. Canada became a country. 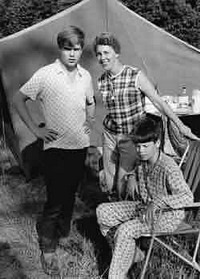 My mother is a beautiful woman. I have photos of her as a young woman that clearly show this. Moreover, she was a great mother, a dedicated wife, a good cook and housekeeper. She was kind, loving and gentle. I love her. What else can I say? She is my friend.

My mother never worked outside of the home, instead she stayed in the house and looked after my brother and me. My father would not allow her to work outside of the home. He was traditional in this regard and she did not fight it, although I know she suffered a lot and would have liked to work outside of the house. In the 1950s and the 1960s it was the norm for Canadian wives to stay at home and devote themselves to the task of full time homemaker. By the end of the 60s, however, it became common for wives to join the work force and leave the home. My father was adamant not to allow this. So it was hard for my mother to see her friends getting jobs and making their own money outside of the home. As an alternative my mother did a lot of community service work. She served as a voter’s registrar, going house to house, signing people up before elections. She volunteered as a census taker, again going door to door, asking questions and taking demographic information. She was a fund raiser for the Cancer Society. She helped in the school on the PTA (parent-teachers association) and performed a host of other community services. She did a lot of good for the local community.

Anna, there were economic consequences for not allowing my mother to work outside of 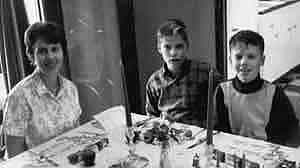 the home. Other families could afford two cars, color TVs, fancy furniture and good clothes. These families also moved into more expensive homes. Since we were a single income family, we did not have these luxuries. On the other hand, I had a mother when I arrived home from school. There was always a freshly cooked meal on the table. My friends came home to an empty house and had to make their own meals, usually by heating up frozen TV dinners. (Microwave ovens did not exist in those days.) Since they had no mother at home, they became “latch-key” kids. They had to carry a key in order to get into the house. I never needed a key. In the long run I benefited by having a full time mother. But those days are long past now. Most children are latch-key kids today.

In my father’s day the society was such that a husband could demand that his wife not work outside of the home. In truth the wife was not an equal partner in the marriage. Today such autocratic rule by husbands over wives is not possible.

Both my mother and father nourished each other’s conservative and frugal natures. Fear 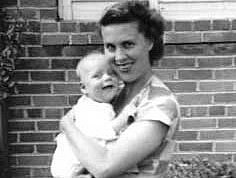 underpins their psychology. They are the products of the depression years when things were truly desperate. They lived through the long years when their fathers were unemployed and the families had to struggle simply to eat. In later years I watched my mother torture herself as she religiously hung wet laundry outside in the middle of a Canadian winter. The frugality of earlier years had now translated itself into self abuse. There was no need for this kind of torture; my parents could afford a dryer. Even today they rarely take vacations. They still live in the same house that they bought when they first married. They still have only a rotary dial phone, no answering machine, and they continue to save and save and save. Economic security was and still is the very essence of their lives. But how can you blame them considering the circumstances of their upbringing? I have no doubt that my own stoicism is the direct result of my upbringing, and to this day I have still not learned to have fun.

Growing up I caused my mother no end of distress and worry. She used to say that I was too serious too early in life. I carried too much of life on my shoulders at too early an age. I agree. I was a philosopher by age five. As a teenager I had no girl friends and I am sure she thought I was gay. I recall that she would ask me to go out and have some fun. “You never have any fun, get a girl friend.” But the times I spent browsing in the library on a Friday night was my pleasure. My mother simply could not understand me. My later involvement with Hindu spirituality also caused her great concern. One time she blurted out, “I curse the day you became involved in that Krishna temple”! Once I even heard her asking Jesus to save my soul! Later she apologized for these kinds of outbursts.

God, I remember the day I became a vegetarian! I recall my last meal, stake and kidney 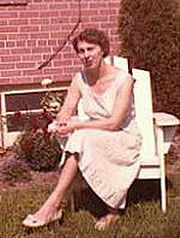 pudding. I always hated that dish. And on this day I could no longer stomach another mouthful. Halfway through the meal I announced that this would be the last time I ate meat. What an uproar that created. My father slammed his fist down on the table and roared, “What kind of a son are you, won’t eat your mother’s cooking”! My mother screamed something about lack of protein, vitamin B12 and brittle bones. I felt two inches tall. What a schmuck I was. But my mind was made up and there was no going back. I have never eaten meat since. I was 17 at the time.

But my mother was a gem, she soon became an excellent vegetarian cook and made special meals for me. That was her best quality; she was always willing to make any degree of personal sacrifice to accommodate my heretical lifestyle. It has remained that way ever since. My mother is my quiet heroine.