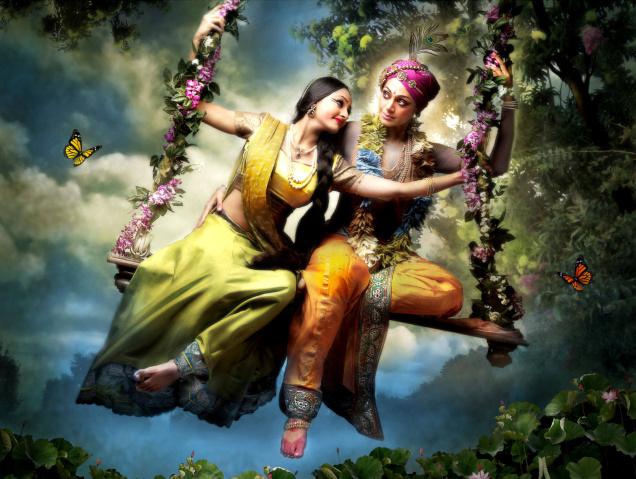 Asceticism is the most powerful force in the world. Well almost. There is one force more powerful. It is called maya.

There is a famous poet in India named Kali Dasa and his most well known poem is called Shakuntala. In his poem he tells the story of a great sage named Vishvamitra, who lived long ago during a golden age when human beings lived a hundred thousand years. But a hundred thousand years was not enough for Vishvamitra. He desired to become a god himself and to live as an immortal. So to achieve his goal he became an ascetic. Vishvamitra immersed himself in the water of a lake up to his head and began to meditate. He denied himself everything and remained in trance for sixty thousand years. After so much time you can imagine the immense power that Vishvamitra was developing. Eventually the austerities of Vishvamitra came to the attention of Indra Deva, the king of heaven. Indra became concerned that Vishvamitra might become so powerful that he may take over heaven and remove Indra himself. So the god decided to put an end to Vishvamitra’s asceticism.

Indra called for the help of a heavenly society girl known as Maya. Maya dressed herself in her most beautiful clothes and perfumes and went to the place where Vishvamitra was engaged in austerities. At first Vishvamitra was unaware of Maya’s presence. After all, his eyes were closed. He was deep in meditation on the Supreme Brahman. But as Maya drew closer the sound of her ankle bells gradually began to be heard. This sound gently entered the ears of the sage and caressed his mind. Eventually Vishvamitra’s meditative trance, which had lasted sixty thousand years, broke and the sage rose up from the water to embrace Maya. This union resulted in the birth of Shakuntala, the fair maid who became the object of Kali Dasa’s beautiful poem. Indeed, woman is the most powerful force in the universe.