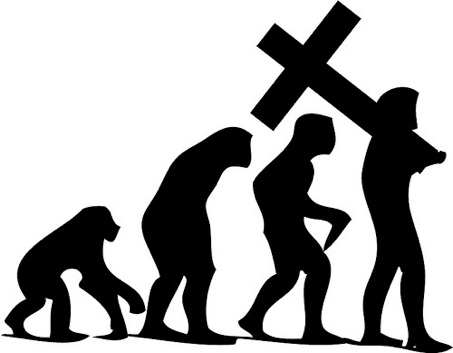 “The religion that is afraid of science dishonors God and commits suicide.”*

Here is simple example of what I mean by the separation of faith and belief. In philosophy it is not what a philosopher believes that makes him or her a philosopher, but rather the individual’s faith in philosophy, out of which the beliefs, the particular philosophies, are produced. The same can be said about science. A person is a scientist because of his or her faith in science, in the scientific method, and not because of his or hers belief in the particular theorems, which unquestionably come and go.

And so it is in the religious field. At the heart of religion is an inner faith in “something more” and out of that faith gradually springs a cumulative religious tradition, which includes the beliefs, the rituals, the architecture, the music, the kind of dress, the food and so on. This cumulative religious tradition is the physical manifestation of the inner faith of the collective members of the religion. However, for religious people who experience faith in terms of their belief systems, considering faith and belief to be virtually the same thing, this presents a major problem. To change one’s belief system is to tinker with the foundations of religious faith itself. When traditional beliefs become challenged these people are thrown into a crisis of faith. When European astronomers in the 15th century, for example, began to understand that the earth was not at the center of the solar system, the Roman Church, which had built its religious view on the assumption that the earth was at the center of the universe, objected and condemned such ideas as blasphemy. Of course you know the history of Copernicus and Galileo in this regard.

It may be hard to believe, but a similar thing is going on in this country amongst religious conservatives who still can not accept the principles of evolution. Their faith is directly challenged by the overwhelming amount of data that is coming in from science. So they try to refute these ideas which in turn forces them to assume many anti intellectual positions. If their faith, however, was not directly tied to their beliefs then they could afford to examine the data and change their beliefs accordingly without disturbing their basic faith.

When the person of religious faith becomes aware of the distinction between faith and belief, fully understanding that beliefs are a part of the cumulative (and changing) religious tradition, that person is able to relax intellectually and spiritually, so to speak, and take a critical look as his religious tradition from a perspective that is not tied to vested intellectual and emotional interests. In other words, religious faith becomes insulated from the changes that may occur in the belief system as a result of new data.

My separation of faith and belief does not mean that I do not have religious beliefs. I have many beliefs, but because my faith is not tied to my belief system I have no need to hold onto those beliefs that no longer correspond to logical analysis.