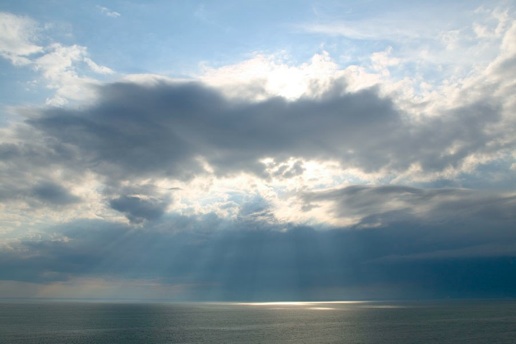 “Doubt is part of all religion. All the religious thinkers were doubters.”*

My youngest daughter, Radhika, recently asked me if I believed in God. As she raised this question, she was quick to assert, with a note of defiance, that she did not herself believe in God. I was assailed by this question as we passed each other in the hallway to the bathroom. In our house a question of this magnitude is likely to be raised from any hallway, and Radhika, being the philosopher daughter, is the one most likely to make this kind of challenge.

You would think that my answer would be obvious, after all I am a priest. Or perhaps the question need not be posed at all for the same reason. I felt surprised by the question. Did I believe in God? Why would anyone ask this? Honestly, I had not thought about the matter in years. Such a question had become irrelevant to me. There was a time, years ago, when a question of this type was a make or break issue for me. Did Jesus exist as a real person? Was mother Mary really a virgin? Was Krishna a historical person? Did the sages (rishis) of ancient India really “hear” the Vedas? Was the Bhagavatam really 5000 years old? I even once wrote to one of my teachers asking a whole slew of these kinds of questions. What I believed was directly related to my faith, but then, somewhere along my religious path, the need to believe ceased to be relevant.

Radhika’s question is premised by the notion that believing is what religious people do, which is probably true in most cases. But I consider the single most important accomplishment of my religious development has been the elimination of believing as a religious category. I can honestly say that my religious life is no longer dependent on what I believe. Faith and belief are now separate categories. And what a release this has been!