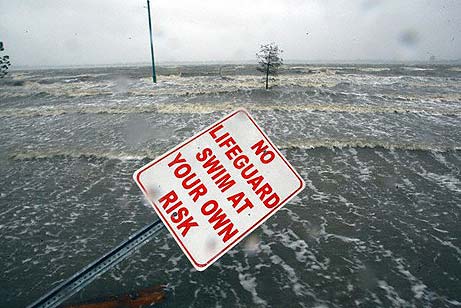 It is hard to believe, but another huge storm is baring down in the gulf region of this country, the same area as the last one in New Orleans. This time the main target seems to be Houston which is 500 kms west of New Orleans. The whole city of Houston and the surrounding area is being evacuated as I write. We are talking about millions of people! Houston is much larger than New Orleans. You should see the television images of the highways. This time we are not going to see the looting and rioting that took place in New Orleans. The army is out in force this time and every one has been ordered to leave. Between New Orleans and Houston this is the main oil production and refining area for North America. All production and refining has stopped and the prices have already started to rise. I even heard some discussion in the media that these storms are terrorist’s attacks, that Al Qaida has learned to use weather as a weapon. I doubt we are going to see the kind of damage from this one that we saw in New Orleans because Houston is not below sea level, but still the impact will be significant. I think the oil industry may be hit badly. The storm is due to hit land in about 30 hours. I will let you know.