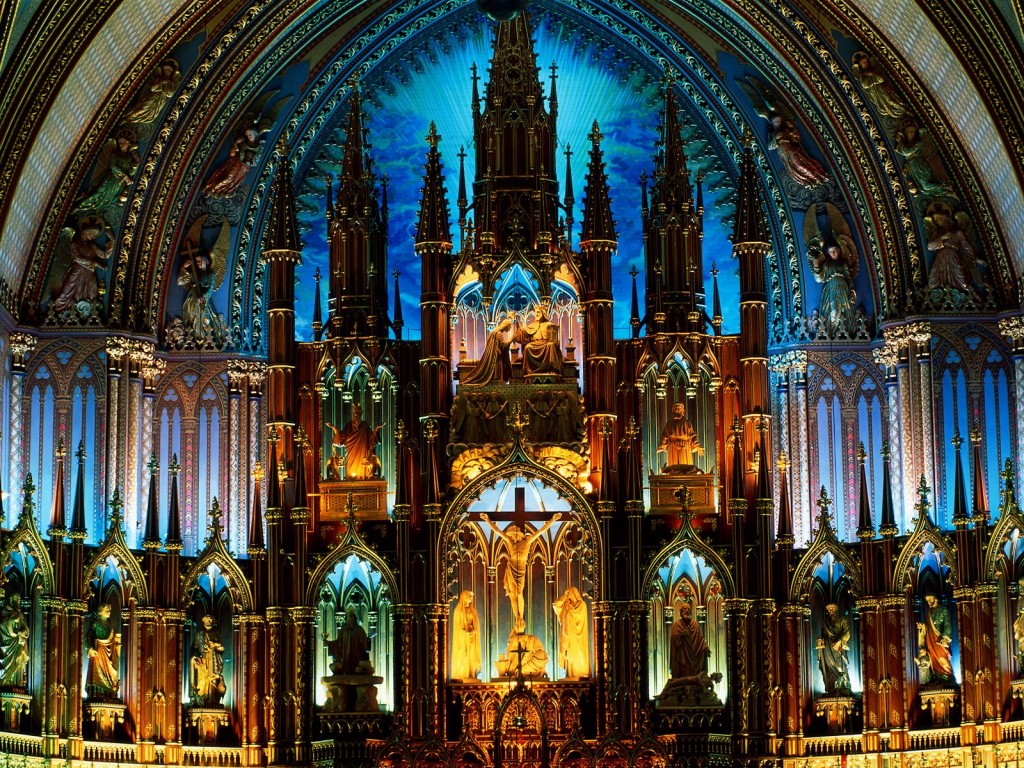 Notre Dame of Paris was the shock of my life. Paris these days is a secular city, to say the least, and so I expected Notre Dame to be dead like Sainte Chapelle. But the minute I entered this treasure I was greeted by a religious mass. The sounds of the huge pipe organ and Latin chanting entered my ears. Naty, I can not tell you the feelings that over took me. Never since my first days in the Toronto Hare Krishna temple have I felt such feelings of devotion. I broke down and cried. Fortunately it was raining hard outside and everyone was wet, no one could tell that my wetness was from tears and not rain. I had to find a seat. I could no longer stand. I sat for an hour weeping. Naty, I am sure this is all strange to you, but it is just like when I touched the stone in Chartre’s Cathedral. I feel things. Sainte Chapelle left me emotionless, but Notre Dame overwhelmed me. She is a living mother of devotion like Chartres.

As I walked to the Metro in the rain I continued to weep in the rain. It was like I was been baptized. Even this late in the evening, many hours later, I am still overwhelmed by Notre Dame. As jaded on religion as I have become, seeing what I see with people, I am amazed to find that I can still have these feelings. As I walk in the streets of Paris no one knows who I am or what I do. There is no role playing. I can do what I want, eat what I want, go where I want and feel what I want. You have no idea what a relief this is. It is such a joy to become invisible and just be a simple person. I was wondering if I still had even a drop of faith left within my soul, or had everything been wrenched out by the constant drain of a congregation. I have been over taken by cynicism, the great enemy of the priesthood. I have been much too long without renewal. In America my spiritual insides have be ripped out and spread upon the earth for everyone to see and walk on. I thought nothing was left, but now I know that this is not true. I have not lost my faith, there is a tiny spark still smoldering deep within and Notre Dame of Paris, my Mother of Paris, has found it, re-ignited that flame, held me and kissed me.