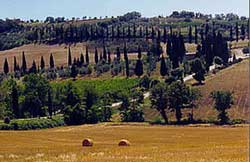 European train travel is excellent. It gives time and a chance to talk with other travelers. Right now I am in Italy coming towards Rome. I have about an hour left to travel. The country side, like France, appears prosperous and clean. The area around Paris was flat. Somewhat like Guelph near Toronto. Here the land is more like Belleville or Peterbough, gently to moderatly rolling. Very green. In Paris it was beginning to look like autumn, there is less of an autumn look here. We have been going through a lot of tunnels. No bill boards in Italy! What a mess they make of America. I have to say I really enjoy the train ride. Having a sleeper is a good idea. It was worth the cost. I probably paid 35 Euros more, maybe 50. Who knows? I don’t care. 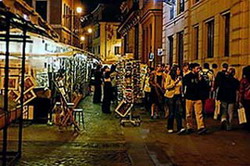 Stepping into the streets of Rome, I see the people are shorter, darker and more weighty. Not obese, but certainly more endowed than Parisians. The streets look just as crowed as Paris, but more broken and older. If I complained that Parisians never waited for the lights to change before crossing the streets, they may as well remove the traffic lights completely here. Not even the cars seem to mind them. 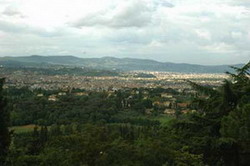 My first impression of Rome is that it is “ethnic.” Paris was not ethnic except in certain areas, but here it all seems ethnic. I will explain what I mean later. My room in Rome is more modern and clean than Paris. And more tiny! Unfortunately it is close to the elevator and front desk. I fear that it is going to be noisy. Paris was dead silent. I tried to have the room changed, but it was all booked. I bet they would do it if I offered to pay, but I am not going to get into that. So this is where the ear plugs will come in handy. We will make due.