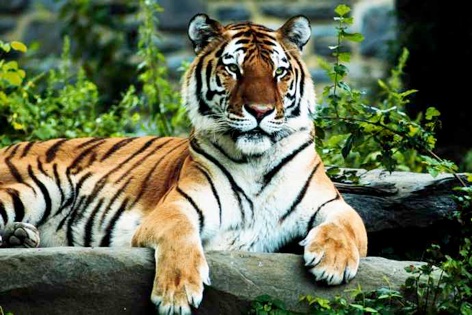 Kama Nagari, Vrindavan and I came to our Walden in May of 1977. Shesha was born in October of that year and we struggled making ski hats until the spring of 1978 when Kama Nagari’s sense of self preservation finally kicked in. Knitting ski hats was grueling work.

In those days I suffered greatly from my caste. Shukavak had barely been born which meant that Kama Nagari was still living with Brian, who himself was barely out of boyhood. I have spoken before of the differences between Brian and Shukavak. As Brian I was to have a job, not to be self-employed. I was to have only one or two children and then only at a planned time. The first child would come only after a few years of marriage, not within the first year, and a second could come a few years after that. My career would be established before the first child after which a house could be purchased. Only then could children come. I was a restrained and conservative white ango-saxan protestant, a WASP, but here I was married to a Jewish American woman who knew nothing of my Canadian middle class world. To make matters worse I was living under a restriction against contraception that made me in effect Catholic, a definite no-no in middle class protestant society. Catholics were considered “dirty.” Of course, no one would openly say this, but I knew it. So after a year of grinding it out like a good worker making piece-work ski hats the tiger within Kama Nagari begin to arise, and if I wanted to stay with her, I would have to hold on to the tiger’s tail with all my might. 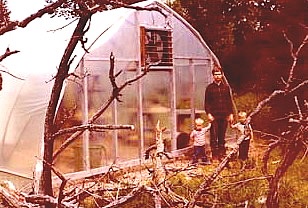 Standing in front of the Greenhouse with Shesha and Vrindavan

There were many factors at work in this next phase of my life. Not only did Kama Nagari have this Jewish American background which made her aggressive and of a different class of society than I, namely a self-employed business class, but even with me, by joining ISKCON, I had entered into a fraternity of business people. Implicitly ISKCON members were trained to at least be self-employed (vaishyas) if they lived outside of a temple. After all, our founder/guru had been a businessman during his married days. We were taught that working for someone was inappropriate for a person of higher class and ISKCON people were supposed to be of the highest class. All these factors combined were about to push me over the edge of sanity and if I was to survive Brian would have to die and Shukavak would have to stand up and take charge.

So about a year into knitting ski hats Kama Nagari announced that she was quitting her job and going into business. Anna, my father worked at the same company for 55 years and had it been up to me Kama Nagari would still be knitting ski hats today. She told me that she was going to grow exotic miniature plants and that I should build her a greenhouse. Mind you, this was Canada and running a greenhouse in the dead of winter was not a cheap proposition. I worried all the time about money and to suddenly quit a job, no matter how meager, did not sit well with me. So I proceeded to freak out. A greenhouse would cost $10,000 and still need electricity, water and heat. Where was that money going to come from? Did Kama Nagari know anything about growing plants? I had never seen her grow so much as a potato let alone exotic plants. Her family was in the Jewish clothing trade in Miami, not agriculture! Where was she going to sell them? She had no experience in this business. We had no contacts with florists. These and many more questions and doubts leaped into my mind. Anna, to make a long story short I bought her the greenhouse and put it together complete with electricity, heat and water. If there is one thing that I was good at then, and still am now, is that I solve problems and get things done. You can see a photo of this greenhouse. I also quickly learned that Kama Nagari going into business meant that I was going into business. Thus our first company, Fancy Plants, was born. Unfortunately, business and studies do not mix.

Before one goes into business one should have a business plan. One should do research and make a cost analysis before making investments. At the time I did not know any of this, but then again I was not supposed to know this, I was not trained in the business world. Kama Nagari, however, should have known this. As it turned out I quickly learned that Kama Nagari was great with ideas, creativity and spending money, but short on practicalities and making things work. So in reality I was beginning my business training in the most difficult, but probably the most effective way, by doing. Anna, I now know a lot about the greenhouse business and it is not a business that I want to be in. You really need to know everything about plants, soils, fertilizers, insects, pesticide, not to mention shipping the plants in cold and hot weather, bill collection and general business management, none of which I knew at the time. To make a long story short the business quickly died a glorious death and my first business experience was a failure. However, a part from the greenhouse business I learned another most valuable business and life experience, one thing leads to another.

During the course of our business Kama Nagari used to meet wholesale florist distributors in order to sell plants. During one such meeting, while she was 8 months pregnant with Keshava, one buyer took pity on her and gave her a contract to sew all different sizes of skirts for thousands of colored plasitc pots that he had acquired at a bankruptcy sale. This distributer had the idea that if he put fancy skirts on these pots he could sell them, otherwise he would be stuck with thousands of pots. So out of the blue, Kama Nagari came home one day with a $6000 contract to sew these skirts. This meant that we were now going into the sewing business. Again it was nothing that we knew anything about, but at least I felt better about this scheme. In the end I purchased a sewing machine and Kama Nagari herself sewed the skirts, for which we were paid well. We even received a repeat order and actually made a little profit. I was getting some taste for this business thing. So according to the rule, “one things leads to another” this led us to the next phase of our business, sewing. Kama Nagari got the idea to make plastic baby bassinets that could be used for floral arrangements. These bassinets would be skirted in blue or pink for a male or female child. So I arranged my mother to loan us $5000 to have a special injection mould made so that we could make these floral bassinets. During all this time even though we were beginning to see some success, I was not happy with any of this. I was being dragged kicking and screaming into business. My goal in life was to study Sanskrit and theology and during all this time I was going to classes, studying and writing. I was struggling hard to maintain my studies as well as grow our burgeoning business. All the while I constantly worried about money and so I could not find the focus and joy in my studies that I was accustomed to. I was frustrated. 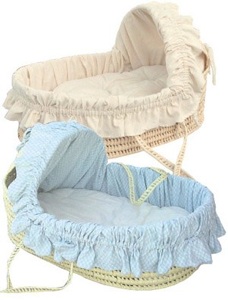 Soon we hired our first employee, a local farm lady, and put her to piece work making baby bassinets. At about this time we finally moved from the log house and purchased our first home. If you recall, we had a house in Dallas which we sold and then used the money to buy our first home in Canada. Slowly, we were making progress. The house we purchased was actually a horribly run down place on a dirt road about 30 kilometers from the cottage. It was near the town of Warkworth and it needed a lot of work, but at least it was ours and it had land for a cow or two and our green house. We no longer grew exotic plants, instead we used the greenhouse as a sun room and play house for our growing family. Ramai was born about this time and although this was the official end of our plant and the greenhouse operation, a new company, Marvin and Tucker Limited, was about to be born.