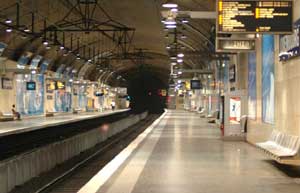 This was my first full day in Paris, a very successful one. Naturally I felt bad when I first got up. I had to absorb 9 hours of jet lag plus a 17 hour flight, what with all the delays, but as the day progressed I gradually pulled it together. There is a french word, le flaneur, that I have adopted as my attitude for this trip. I discovered this word while studying 19 century impressionism. The Flaneur was the gentlemen who moved about the city just going where his feet took him. He would let the city itself dictate where he would travel on that day. I supposed the english equivalent may be “moseying about.” So I am just going to mosey about in the streets of Paris for the next few days as the flaneur and see where life takes me. Perhaps I will let my camera take me where it wants to go so I will be le flaneur avec l’appareil-photo.

This seems to be the time of Asian women. This morning at the hotel concierge an asian 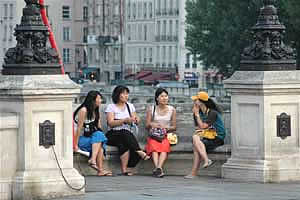 women who had heard me grilling the desk for local information invited me to take a walk with her to see the neighborhood. She worked for American Airlines out of New York and came to Paris regularly. I see a lot of airlines personnel at this hotel, so she was one of them. Anyway she took me to a store that sold both groceries items as well as department store items, a Paris Wal-mart of sorts and she showed me where to buy the good sandwiches and pastries. I also learned where the closest ATM was as well as how to buy a train ticket. It was a useful meeting. I noticed that she had no desire to speak french at all. It was all English or nothing for this woman.

For me it is just the opposite. I always start with french before I downgrade to english to get the job done, but I never have trouble getting the French to speak english. Contrary to popular opinion I find the French to be polite and accommodating. 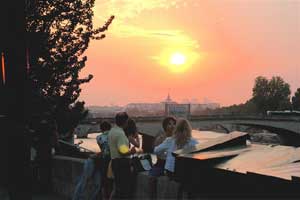 The weather here is hot and extremely humid. It is not nearly as hot as California, but the humidity makes it feel much worse and to make matters even more intolerable Paris has only limited air conditioning. The Metro and government offices are unbearable. A few stores are air conditioned, but beyond that little else has air conditioning. In spite of the horrible street conditions I have excellent living conditions. The hotel has first class air conditioning. Having a first class hotel room is the only way to go. Last time I had a three star room. Who knows if it had ac? It would be impossible if it did not. Luxuries have become my necessities. All you have to do it pay!

Today I purchased my first Metro pass. This has turned out to be excellent idea. I can 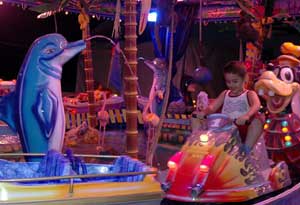 move in and out of the metro system with perfect ease. I also bought euros at my local ATM, purchased my rail ticket to Italy and figured out how to connect to the internet and use my cell phone to call internationally. Gradually, I am becoming a season traveller. I even managed a nap. After my nap I grabbed my camera and took to the streets for an evening of shooting photos.

This time I have vowed not to shoot photos of buildings but to concentrate on people. I must admit that I am extremely timid at this, but gradually I am learning how to do this. I feel uncomfortable carrying a large camera in the streets. Before each shot I ask myself what do I want this shot to show and how can I make it more artistic. In total I took about 125 photos, half of which I discarded once I saw them on the computer. My work was getting better by the end of evening compared to the early evening shooting. There is a definite photographic state of mind that I am trying to develop. I am heading out by 7AM the next morning to take some early shots. As far as I am concerned evening and morning light is the only time worth shooting in. I plan to sleep during much of the day or just stay in the hotel and write. I also want to attend the 8AM mass at Notre Dame Cathedral tomorrow.