Once our small community was on its feet, meaning that we had established a spiritual program, Bhaktipad began to ask all of his Canadian disciples to move to our community. Within a year we had 20 families. Some began to work for Marvin and Tucker and others worked for themselves. Some sold used cars and others sold anything they could get their hands on at swap meets. Twenty families may not sound like a lot, but it amounted to about 70 people, including children. That was a huge number of people to have gained within the first year. This, of course, brought the attention of the Toronto and Montreal temples. Years before, these temples had tried to establish their own rural communities. In fact, each had land just sitting vacant. Neither could get any devotees to move onto their properties and dedicate themselves to such a project; then suddenly, almost over night, here was our community sitting on their doorstep with 20 families, totally outside of their control.

The Norham community was about half way between Toronto and Montreal and so accessible to both of these major temples, and now that devotees wanted to come and live in Norham there was a concern that this could cause a manpower shortage in the city temples. The real problem was, however, we were a New Vrindavan satellite, or at least that was the perception of the city temples. This was their worst nightmare. They disliked Bhaktipad with a vengence, and not without some justification, and for years had tried to get rid of him, and now here he was reappearing at their doorstep. Unfortunately, there was little they could do because our community was all private development and I was a Prabhupad disciple with full spiritual rights to do this project. Besides, I had not even planned to develop this community. I had just been living quietly when all this started happening. 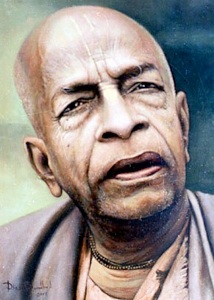 Other than the fact that I agreed to become involved once the project presented itself, I really could not be justifiably blamed. Eventually I was called into Toronto and asked to explain my plans for the Norham community. Was I going to operate as a legitimate ISKCON community in Canada? In those days New Vrindavan was still an official ISKCON community and Bhaktipad himself was an official leader, and as far as I was concerned, I still had no major problems with ISKCON; so naturally I said yes. The fact of the matter was I am ultimately incapable of fully submitting to any authority, whether ISKCON or Bhaktipad, or even Prabhupada, and so it might have been better to just admit this from the start. It would at least have been truthful. However, at that time I was not mature enough to even admit it to myself let alone others. I am a fierce rebel. But with my agreement to cooperate the Toronto and Montreal temples agreed to support the Norham community as their official rural community. In reality they had little choice because the winds of development were blowing in the direction of Norham whether they liked it or not. Our community would soon grow to almost 75 families, over over 300 devotees! Devotees were arriving from both coasts and from all points in between. It was amazing! When the winds of fortune blow in your direction there is little that can be done to stop them.

But whether our community was an official ISKCON community or not, I still had to balance all the forces. The Bhaktipad disciples wanted nothing to do with the mainstream Canadian temples. Yet, the devotees in these city temples hungered for a rural location. The desire for Walden cuts deeply into the North American heart. So I became the link between these two communities. It was a horrible position to be in. I had success and hell all at once. Even an extremely talented and famous painter, Vishnu Das, came. I commissioned him do some paintings for our temple and for me personally. I still have these paintings in my home today. In fact, many talented people came. We established beautiful murties of Radha Vrindavan Nath. Ladies were coming and dressing them and making garlands on a daily basis. Even Indians from Toronto and Montreal started to come to visit our spiritual community on the weekends as a spiritual retreat. We had a Vyasasan, a spiritual throne, to Prabhupad and even one for Bhaktipad. As the spiritual leader of this community I even shaved my head. I regret that I have no pictures of this period. Eventually the top leader for Krishna Consciousness in India even came to talk to me. He wanted me to give up the New Vrindavan connection, in spite of the fact that New Vrindavan was a legitimate ISKCON community and more that half our members were disciples of Bhaktipada. The politics were extreme. The Canadian temples wanted to control us, but I refused to belong to anyone. Even the Bhaktipad disciples became angry with me. They wanted me to favor their position, but I would not. I stayed independant. The whole thing was slowly brewing up for a huge explosion. Oh God, what I went through! As I write this I feel both good memories and a horrible nightmare.

To make matters worse, the press came and news of our community appeared in the media: newspapers, radio and even on television. I could not control who they talked to and they made it their business to talk to everyone. I desperately wanted to keep our Norham concept out of the public view. “Hare Krishna Cult Establishing a stronghold in Eastern Ontario.” “Krishna Cult, Buying a Town” “Hare Krishna Take Over Norham.” This is how the headlines appeared. My parents, who lived at the cottage nearby, were mortified to read about their son, the cult leader! What a scene! On the one hand, I was liked because I was bringing jobs into the local community by hiring local people. And yet, I was being painted as a dangerous cult leader. Once the press became involved things started to heat up, especially when the public got hold of the idea that we were buying their town, Norham! The press had a field day. The obscure hamlet of Norham along with me were suddenly seen on television in Toronto, Montreal and Vancouver and across the whole country. My poor parents!