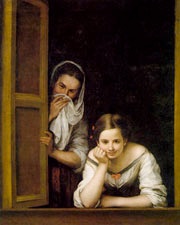 Madrid is a clean and modern city. Everything functions well and the people are friendly, gentle and helpful. In some ways I am surprised by this. Before I came I had preconceived ideas about what Spain would be like. I thought it would be like Athens, which, in my view, is filthy, run down and fairly dysfunctional. I also had ideas of Mexico, but I hardly see graffiti or even many beggars on the streets of Madrid. Without a doubt this is a good place to visit for someone or a family who wants to “get their feet wet” traveling to a non-english speaking country. You feel safe here. Spain just works.

Surprisingly, Madrid does not appear to have an immigrant population as you see in London or Paris or most other major cities. I heard comments from some Madridians that their city is full of immigrants, but I certainly did not see it when compared to other places. I did not see any North Africans like Paris. I saw no burkas as one sees in London, the hotel cleaning staff are all Spanish/European, and the general population is overwhelmingly white and Spanish speaking on the streets, buses, trains and metro. In Madrid I never got the feeling that there are neighborhood that I should not be visiting, whereas in Paris I got this feeling a lot. Madrid, at least appears to not have the problems of France in this regard. I did, however, see evidence of Basque unrest in Barcelona, but that is another matter. 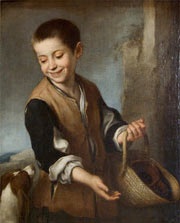 Architecturally Madrid is not an old city. Neither is Paris for that matter, even though Paris feels much older than Madrid. The buildings in Madrid are clean and the streets are wide and spacious. This is even the case in the so called older areas around the Place de Major. One thing that I especially like about Madrid is that its social life begins around 9 PM. This is when the restaurants really fill up. Even the museums and art galleries are open until 9 PM. I thought this was great because for me life also begins after 9PM. Madridians also have a slow time in the afternoon, the siesta, which also agrees with my afternoon nap schedule. This is a city I could easily fit into. 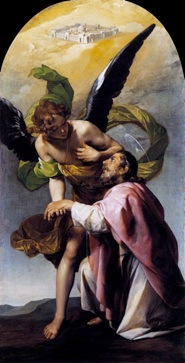 Madrid is the city of museums and the museum of all museums is the glorious Prado. It is easily on par with the major art museums of the world, yet my greatest complaint is that one can not take photos inside the Prado, nor do they allow any carry-in bags. Photo are allowed in the Louvre, the Musee d’Orsey in Paris, the National Galleries in London, the Metropolitain Museum in New York and even in Reina Sofia in Madrid, but sadly, not here in the Prado. Boo! I wonder if the Hermitage in Saint Petersburg allows photos? This is the next place I have in my sights. Not being able to take photos is a major loss. The way I work a museum is to photograph the paintings along with their name plates and then study what I saw afterwards. This way I can move faster and take in more of a collection. Most of my learning is done after I look at a collection, when I study my photos and conduct internet searches for each artist and their painting. It may seem like a crazy way to “conquer” a museum, but it works. In addition I always return at least a second time, which means I am much better prepared a second time. I noticed that the Prado sells a book illustrating the collection, however, I will not purchase it because that would mean that I will have to carry it around with me all day in the museum. They do not allow carry-in bags.

Regardless, the Prado is a spectacular art museum! It is clean, modern, well illuminated and organized. I cannot begin to describe what I saw today. It was worth coming to Madrid just to visit this one museum. I came across so many new artists. I had never heard of Alonso Cano, Bartolome Murillo or Mariano Fortuny. I never knew Goya had a black period and I was only vaguely aware of Diego Velazquez and El Greco. Now I want to learn more about these great artists. (Of course everything is available on the internet or in books, but for me, an artist or a painting only become truly “alive” after I have seen it.) Diego Velazquez is now part of me. 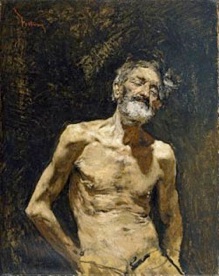 The thing that makes the Prado different from other museums, at least in my mind, is that it is not full of the endless numbers of medieval Italian paintings that you see in the Louvre, the British Galleries, the Uffizi and just about everywhere else including even the Getty in California! I am tired of all those old altar pieces! The Prado’s emphasis is on Spanish painters. It is a refreshing collection and there is a lot of it and many of the paintings are huge. I spent a full day in the museum and I have only dented the collection. I get the feeling that Spain is somehow a little detached from the rest of Europe. It seems that Spanish culture is not well known outside of Spain. It is different here. Spain is like a secret within Europe and the Prado’s collection reflects this. It is a jewel.