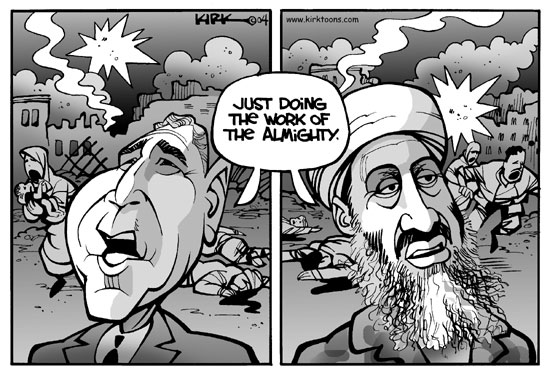 Sometimes I see bumper stickers that read, “Jesus said it, it’s in the Bible, I accept it.” A statement of this type reflects many people’s attitude towards religious authority in this country.

There is a form of religious understanding called fundamentalism which involves the literal interpretation of scripture. So when the Old Testament says that God created the world in seven days, it literally means that the world was created in seven days in spite of what the geologic or fossil record may suggest. Similarly, when the New Testament describes how Jesus was born of the virgin Mary, it literally means that Mary was a virgin when she gave birth to Jesus in spite of what common experience tells us.

There is a famous fundamentalist in this country named Billy Graham, and I remember him being asked why he took the Bible so literally, even when it seemed to contradict reason and science. He said that when he accepted the Bible at face value, without questioning, it gave him great power. And indeed, he was right. When Billy Graham took his message of God to the people, in city after city, hundred of thousands of people would come to hear him. Billy Graham had the ear of the American presidency for decades. He was the spiritual guide to four American presidents. Even today President George W Bush is a “born again” fundamentalist’s Christian of the Billy Graham type. Be assured that religious fundamentalism is not just a Christian phenomena. There is Jewish, Islamic, and Hindu forms of religious fundamentalism. Krishna Consciousness is a form of Hindu fundamentalism, and just like its Christian counterpart, Krishna Consciousness is founded on the literal interpretation of scripture–in this case Hindu scripture. And like the Christians, who still accept the creationist’s interpretation of the Old Testament that life was created by God in seven days, so Hindu fundamentalism accepts a similar view of life based on a literal interpretation of Hindu scripture. And just as the followers of Billy Graham have experienced the emotional power of Christian fundamentalism, so I have experienced the power of Hindu fundamentalism. It is a most seductive power indeed!

There is a branch of philosophy known as epistemology that deals with how human beings acquire knowledge. Without going into details, there are three basic ways that human beings acquire knowledge: through sense perception, reasoning and aural reception. This last item, aural reception is what religious fundamentalism is founded on. Whatever is “heard” in scripture is taken as the most reliable means of knowing, usually to the exclusion of sense perception and reason. Unfortunately such an approach to knowing leads to anti intellectualism. What happens when knowledge obtained from sense perception and reasoning disagree with what is written in scripture? This was the situation during the time of Copernicus and Galileo.

Fundamentalists generally give the knowledge derived from scripture a higher authority than knowledge obtained through sense perception and reasoning. And so the common sensory and reasoned knowledge about this world is often rejected in favor of scriptural knowledge. In the last century there was a famous court case known as the Scope’s Monkey Trial where Charles Darwin’s theory of evolution was pitted against the fundamentalist’s reading of creationism found in the Bible. Even now a similar court case is being litigated in the state of Kansas to decide whether creationism can be taught in the state schools along side evolution. The Scope’s Monkey Trial continues! And believe me, just as Christian fundamentalists would ban evolution if they had their way in this country, so Krishna Consciousness would also ban evolution.