At a recent temple board meeting one of our members made an interesting statement. 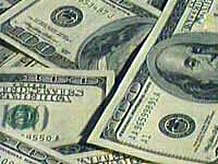 This was during a discussion on the priest’s role in different temple meetings, some of which are held exclusively amongst ladies. This member said, “A priest is not a man. He can sit with the ladies for their meetings.”

“Well you know what I mean. A priest is above all that,” he told me.

“You know, material things. A priest has no material needs. Right?” I just looked at him.

“Do you think my wife and nine children would allow me to come to work at this temple if I did not get paid?” The conversation ended at this point.

Even I have stated that I have become less religious and more spiritual over the years. By this I mean that I find myself less committed to a particular cumulative religious tradition and therefore I am more willing to jettison parts of the cumulative tradition when parts interfere with basic spiritual truths. I view the underlying faith as more important than the rules, rituals and beliefs, etc. In my early days I viewed my religion as an absolute manifestation of truth, now I see it merely as a vehicle of truth and so I am willing to treat it as secondary. It is natural that one eventually comes to the point of transcending one’s cumulative tradition and I have come to that point.

There are primarily two factors that have led to this shift of views. First and foremost is my academic background, particularly from my studies of comparative religion. It is simply impossible to maintain an absolutist’s position after studying the cumulative religious traditions of many religions. A study of this kind forces one to accept the relative nature of a religious culture. Second, in my life as a priest, I have come to understand the relativistic nature of religious culture. In working with a large congregation, a priest is constantly confronted with an endless variety of personal expressions of faith, from the most sophisticated and lofty to the most crude and superstitious. A priest continually has to modify the cumulative tradition to suit the needs of the individual or a given situation. So a priest soon comes to realize the non absolute nature of the cumulative tradition. I will always jettison tradition in favor of what best nurtures faith. I have learned that it is the underlying faith that is paramount and not the particular beliefs and practices. For me this has meant that even the basis for my own faith has shifted from scripture, which of course is a part of the cumulative religious tradition, and towards my internal “compass” of faith. Sacred writings are no longer absolute. They are a guide.

To return to the comments of our temple member who defined religion and spirituality in terms of other-worldliness. What our board member had in mind was a monk, an unmarried person, and a monk by definition is a person who is divorced from the world. Many religions indeed do have monks as priests, but many do not including Hinduism and there are many good reasons for this. Just look at the sexual scandals that have rocked the Roman Catholic Church for a vivid illustration. A priest with a spouse and a family necessarily has all the needs and concerns of the world and there is nothing inherently unspiritual about matter or the world. Everything depends on attitude.