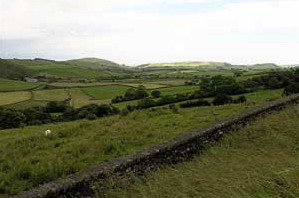 I did not mention yesterday, but the bus ride out to Chartres from Paris allowed me to see the beauty of the French countryside. Paris and its environs are most beautiful. I did not see any of the garbage and graffiti that I saw on the first train ride from Charles De Gaul to Paris.

They should clean that up because it makes a poor first impression for visitors. What I saw on the way to Chartres was a most prosperous and clean countryside. The freeways are first class, and what was most interesting was the total lack of billboard advertising. In America billboards litter the freeways and countryside everywhere you go. It is terrible. In case you do not know, in America billboards are huge signs that stand 40 meters high 40 meters wide with lights shining on them even at night. They sell virtually every kind of product from cars to food to breast enhancements.

These are just part of life in America, but in fact they pollute the environment. Such things exist in America because of freedom of speech rights guaranteed in the constitution. Within 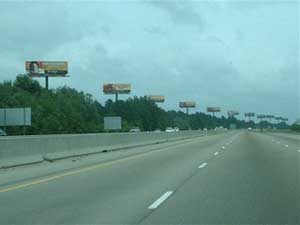 certain wide limits anyone is allowed to say anything in America which includes the placing of bill board all over the country to even the televising of criminal court cases. So much freedom is both a blessing and a curse.

If I complain about the garbage and graffiti in Paris I must now offset my remarks by stating the overall beauty of the city. The French seem to have a pre occupation with art and sculpture. It is everywhere! I have never been confronted with so much art. What a pleasure this is. In America we have some nice building, some are even outstanding, but it is nowhere near like it is here. Art confronts you everywhere. In the same way that trashy bill boards confront every American, so art confronts every Frenchman, and perhaps Europeans in general. I have not seen enough of Europe to draw this conclusion. 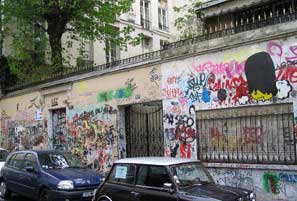 Of course the average Parisian takes all this treasure for granted. You can only stay in awe for so long, but still on the subconscious level the work of art is going on, in the same way that the work of bill board advertising is also going on in the psyche of the observers in America. So what can I say other than “garbage in garbage out.” Anna, we tout America as the center of the universe. In America you get a feeling that the rest of the world lives in utter deprivation and suppression by their political systems, that only America is free. But I know this is not true because of being a Canadian, but after so many years of being bombarded by the America media regarding this point this trip reminds me of the foolishness of such a view. The French are not suffering, thank you. They are living amongst the most dazzling splendor. My God, the shops are filled with consumer goods. Somebody must be buying all these things. And with petrol at over $5 a gallon the French are still living. Oh how I suffer from the xenophobia of America.