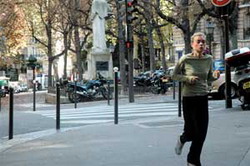 My trip to Paris can not be considered complete without some comments about the girls of Paris. The first and most obvious thing that I noticed was that there are no obese people in Paris, this includes the girls of Paris. In fact I found them bony and thin. They are also very modest and understated in their dress compared to what I am used to. And like all of Paris their colors are dark and dull.

Paris and its inhabitants are dull and grey. I wanted to wear a pink shirt in Paris. What a 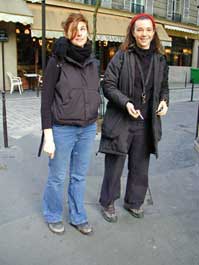 funny thing that would have been! I conclude that bright, light and lively colors can be found in lower latitudes, while dark and somber colors go with higher latitudes. That pink shirt is quite appropriate for my world, but not in France. Hence the girls of Paris are thin and somber.

I also notice that they show very little flesh. They are always covered, so they appear modest. I do not know if this is actually true, but this was my impression. Their hair tends to be short and they wear very little makeup so they appear on the masculine side. Their skin is also not clear. Parisian girls are not that attractive. 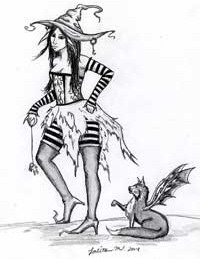 By contrast California girls are very attractive. Fashion of course is a big thing in Paris and the shops look very fashion trendy. However, what I saw on the streets and around Paris was not impressive. There are also a lot of Muslim girls, but they are all covered and that is a whole other discussion. I did have to laugh a few times seeing really fat and ugly Muslim girls all covered but wearing a ton of perfume. It reminded me of fat American girls in spandex.

I originally wrote this installment while on the train to Rome. I am typing this from my notes while in Rome. Now that I am here I wish to make one further comment that only occurred to me when I arrived. Parisian women have no breasts! No breasts means no cleavage. Here in Italy, immediately after leaving the train station, life looked normal again and I recognized this point. Here the Italian girls have some substance on them and so they have nice breasts and cleavage to show if they wish.