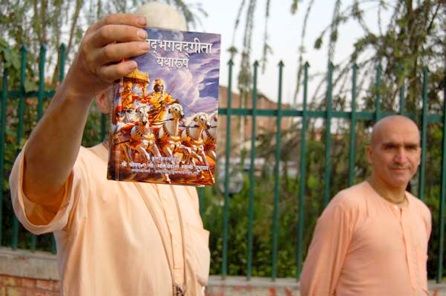 Last night I sent you another installment and in this piece I referred to the Hare Krishna Movement. You may not know much about this group other than they dance on the streets and chant. So that you may better understand what I am going to write in future installments, I want to provide you with some background information about this group.

The Hare Krishna Movement is a Hindu devotional sect that has its roots in Bengal, a state on the eastern side of India, (Calcutta is the capital). The origins of this organization go back about 550 years to a founder named Chaitanya (1496-1533), who preached a form of devotional Hinduism called bhakti-yoga. I have previously explained yoga as the union of the soul with God. Bhakti means devotion, so bhakti-yoga is the path of love and devotion for God. The principle form of God who is worshipped in this sect is Krishna. Sometimes the Hare Krishna movement is called Krishna Consciousness. The legal name of this organization is ISKCON, the International Society for Krishna Consciousness.

In 1966 a guru (religious teacher) named Bhaktivedanta Swami Prabhupad came to America (New York) and began preaching this form of devotional Hinduism. Many American youth were attracted to Prabhupada and his teachings 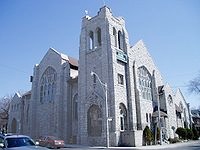 and so the Hare Krishna movement gradually grew. Between 1967 and 1980 the movement became very large and popular in the West. Temples were established throughout America, Canada, Europe, and other parts of the world including India. The group first came to Toronto in 1968.In later years the movement has been embroiled in legal cases involving money and even child abuse.

I became involved, as you will soon learn, from 1969, but gradually fell away in the late 1980s due do certain philosophical issues that you will also hear about in due course. In America the movement gained a reputation for being a dangerous cult. A cult perhaps, but dangerous no. I will have a lot of say about this later. In this country the media will do anything to create sensationalism in order to make a good story, and a good story means money!