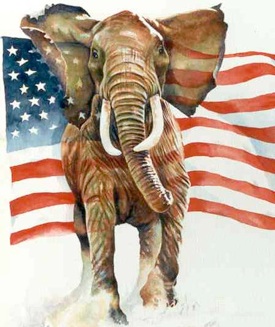 There is a raging controversy in this country over the life of a middle aged woman named Terri Schiavo. Mrs. Schiavo has been lying in a vegetative state for the past 15 years, but recently her husband won the legal right to have life support withdrawn in order to comply with her wish to die naturally. The case has been contested by the girl’s parents and now both sides are fighting in the courts. As tragic as this case is, ordinarily I would never bother to comment. However, the Terri Schiavo situation has evolved into something more than just a personal family tragedy. A dangerous precedent has been set and so I feel a need to comment.

Until recently the Terri Schiavo case has been relegated to the State of Florida’s judicial system. Repeatedly the courts have ruled that her husband could have life support withdrawn. It seemed that all legal options had been exhausted for the parents when the governor of the State of Florida, Jeb Bush, decided to intervene. Jeb Bush is the younger brother of the President, George W. Bush. So on the weekend of March 19th Jeb Bush asked his bother to call the United States congress into an emergency session! Within a few hours a resolution was passed allowing the US Supreme Court to intervene in the Terri Schiavo case and on Sunday President Bush signed this new bill into law. In other words, the United States government created a single law just for this case! Fortunately, the United States judicial system still did not change its decision in spite of tremendous political pressure.

At present the Republican Party headed by George W. Bush is the political party in power. In the last generation this party has come to be dominated by “born again” evangelical Christianity, which is a form of religious fundamentalism. Even the president himself is a self proclaimed “born again” Christian. You may recall that I have described this mode of religious expression before; it involves a literal interpretation of scripture and an aggressive preaching spirit. Fundamentalism is not unique to Christianity. There are also Islamic, Jewish and Hindu forms of religious fundamentalism and when they mix with politics they always gravitate to the right side of the political spectrum. I have described Krishna Consciousness as one form of Hindu fundamentalism. So I have direct experience with fundamentalism. I know its power; I know its dangers, and so when I see the United States congress acting under the influence of Christian fundamentalism, I shutter.

I did not vote for George Bush or the Republican Party, but a lot of people did. For sure, most of the evangelicals in this county voted for George W. Bush, but still this was not nearly enough to put the republicans in power. This means that a lot of non evangelicals also voted for Bush, and they did so because of his strong stance on national defense and the war on terrorism. I even considered voting republican for this reason! But I think what happened last week in the Schiavo case was a clear example of the dangers of allowing a minority of ideologically driven political leaders to have power. The vast majority of people in this country are moderate in their political views, but under the fear of terrorism, they allowed the political right to have power. And herein lies the danger: these religious ideologues tried to use governmental power to interfere in individual and family rights. They took us one step down a dangerous path. Thank God, the judiciary saved us! I only hope enough people saw what almost happen to make it certain that the Republicans will not be reelected in the next election. Fundamentalism has shown its true colors. It is the way of tyranny.