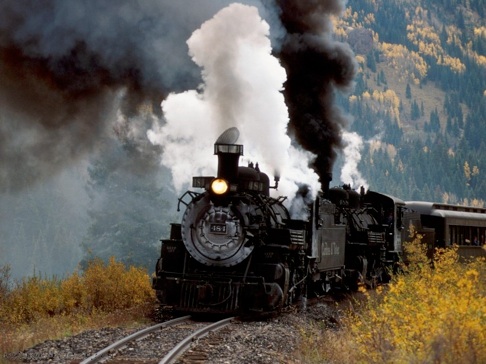 There is a way of thinking that I have learned, not explicitly, but implicitly through my involvement with Krishna Consciousness and through my study and involvement with Hindu culture over the years. I call this way of thinking “compartmentalization of thought,” not a pleasant expression, but one that describes what I have found to be a useful thought process in dealing with life and, in particular, with contradiction. Only recently have I realized just how much I have come to employ this way of thinking.

You may recall how I came to Krishna Consciousness as a young man and how in those days every new member eventually joined the temple, completely cutting off all contact with the outside world. It was generally an “all-or-nothing” affair. My situation, however, was different, and consequently I have described myself as the first member of Toronto’s lay Hindu congregation. As a result I quickly found myself living in two diametrically opposed worlds; one, the modern Western world of science and rational thought and the other, the mediaeval world of Krishna Consciousness. It would have been easier to simply have been in one world or the other, instead of both. That I was attending university and studying Indian philosophy and history only compounded the problem.

As a means of coping, I gradually learned to compartmentalize my thinking. In one area of my mind I was the modern rational thinker, and in another I was a practitioner of Hindu fundamentalism. I felt tremendous tension between these two world. I am sure that a similar thing must happen to all thinking people who become lay members of a fundamentalist religion. Having a stake in both worlds necessarily demands a degree of thought compartmentalization. Eventually this tension drove me to write my first book,”Hindu Encounter with Modernity.” This was my attempt to resolve the problem.

I have since learned that there are some distinct advantages that come along with the capacity to compartmentalize one’s thinking. I learned this from my study of Indian’s ancient social system, Varnashrama Dharma. According to this system society may be compared to a train. At the head of the train is the engine, and immediately behind the engine are fuel cars, activity cars, passenger cars and finally the caboose. In this train there are cars where people quietly read, where people sleep, dine, do business, drink, and even gamble. In fact, there is a car for almost every lifestyle and activity. A world of activity is going on within this train, but since each car is a distinct compartment; the activities of one car do not affect the activities of another car. The dining cars do not disturb the sleeping cars; the business cars do not disturb the gambling cars, and so on. There is a place for all kind of people on this train and everyone is moving along peacefully to the same destination. Varnashrama Dharma was built on the principle of compartmentalization, and the strength of this system was its ability to accommodate all kinds of people and yet insulate one set of lifestyles and activities from the other. One class did not impinge on the other. There was compartmentalization of activities and yet there was unity of purpose.

In coming to Krishna Consciousness I was inadvertently forced to compartmentalize my thinking process at an early age, and what I initially perceived as a great problem has in fact become a great asset. Life is filled with diverse regions of activities: family, work, public, religious, and so on. The nature of life is such that there is often a natural incongruence between these regions of activity. The difference between family life and work life, for example, may demand that a person act in a certain way with spouse and children, but in a completely different way at work. The work of a policeman or soldier is an example. Even in my own life I have learned not to bring the stress of temple life back into the home life. I have also learned, as a matter of personal protection, that my public religious life must be kept separate from my private spiritual life. My inside must be sheltered from my outside. I have, therefore, found the process of compartmentalization to be an important tool to resolve contradiction and remove stress.

Without compartmentalization life becomes full of impossible strains. I smile at people who demand uniformity of thought, action, and even ethics throughout all areas of life. The physical world is such that one set of standards applied uniformly is not possible. Compartmentalization allows a means to adjust. “I act one way in this part of my life. I act another way in this part of my life.” Sometimes the activities required in one region are contradictory to another region and sometimes they are not, but since life can be divided into discreet compartments, one area can be prevented from spilling into the other.

Compartmentalization of thought, however, may not be suited for everyone. It takes a certain flexibility and maturity of thought to employ this way of thinking. As a young person I remember being idealistic and looking at adults, who acted inconsistently, with distain. I expected consistent actions throughout all regions of life, but as I experienced more of life, I soon found myself doing things that were inconsistent. I thought, “I have sold my ideals?” Perhaps, but unfortunately life does not always allow the luxury of consistent actions. “The bills must be paid.” We, therefore, try to be as consistent as we can, but when we cannot, we have a means to adjust. Compartmentalization is a powerful means of dealing with contradiction and relieving tension.

*Ivy Baker Priest, Tresuerer of the US, auther