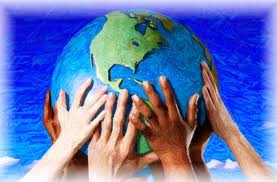 Most Westerners see India as one. They fail to see the differences between one region and another. However, there are huge differences. Between Gujarat, a state in Western India, and Bengal, a state in Eastern India, the differences are greater than between England and Germany. The food, the language, the dress, the customs are all different. At least England and Germany use the same writing script. Gujarat and Bengal do not. And the differences between North India and South India are even more immence. Russia and France have more in common than these two regions. With such huge diversity it is a wonder that India can exist as a country. But, of course, the Hindu mind has no problem living with diversity and contradiction.

Anna, I have reached a point in my career where I can walk into a room of Gujaratis, Pujabis, Telegus, Bengalis, or any other group of Indians and immediately fit myself into their culture with enough understanding to feel completely comfortable and to be able to joke with the people about the finer details of their particular culture. On any given weekend I may find myself in the home of Gujaratis performing a religious ceremony according to their customs and then two hours later be in the home of Telegus working according to their customs and then later with a family of Punjabis and then with a group of Marathi speakers. I may go through a dozen regions of India in a single weekend. When I hear the surname of a family I immediately know the region of India they are from and their caste. I can tell what region a family is from just by seeing how the ladies tie their saris. Frankly, this is an amazing achievement. I know more about any given region of India than most Indians do. But this accomplishment did not come easily. It took me many years and much stress to come to this state of cultural immersion.