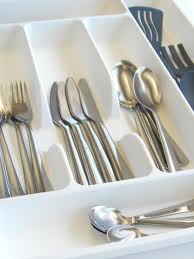 If I flew to my parents home today I would find that they still live in the same house that I grew up in. The key to the house is the same. My room is still there with my original bed. I could sleep there tonight. In the kitchen I could fix myself something to eat and I would find all the forks, spoons, knives and plates in the same place as when I lived there 30 years ago. I would have no trouble finding anything. Even my parent’s phone number has been the same for 50 years. Right or wrong this is the environment in which I grew up. It was absolutely rock solid. Today, in my personal space (my apartment in the city and my apartment in the desert) everything has a place and I seldom change that position. I never have to think, “Where are the spoons? Where are the forks? Where are the cooking pots?” I could negotiate through my world blindfolded.

Anna, I come from a family of four: two parents and a brother. My brother is junior to me by four years which makes me almost an only child. Being an only child means that I am accustomed to being in control and having my own personal space. I grew up with complete privacy. In addition, I am protestant and Canadian. In general protestant Canadians have a subdued way about them compared to Americans. (An example of the protestant way is the groom’s family in My Big Fat Greek Wedding.) As I grew up my parents seldom had large family gatherings. Everything revolved around the nuclear family, never the extended family. Having joined Krishna Consciousness and immigrated to the United States changed everything in my life. I became a fish out of water. Joining Krishna Consciousness, with its denial of the use of birth control, destined me for a large family. I have nine children. Becoming American has given me two wives, ones Jewish and the other Catholic. In my new American-Jewish-Catholic world the family has always included the extended family; from my wives’ perspective happiness resolves around the family, and the more of it the better. But for me large families are loud, chaotic and boorish. I simply have no way of dealing with so many children and extended families. I hope you can now understand the extreme pressure I put on myself by changing my religion and culture and moving to a new country. I strongly advise anyone considering living outside of their natal country or marrying outside of their community to think long and hard about what they are doing. And above all never never change your religion. Such is the recipe for a difficult life. For better or worse this was been my way and hence my challenged, but intensely interesting life. Without all of these things I would have nothing to write about!

But Anna, there is even more. To make matters even more difficult I became a priest. This was the crushing blow that made my life almost overwhelming. A priest can have no privacy. A priest is owned by the public. His inside is the outside. Have I mentioned the members of my congregation who have walked into my bedroom at 4 AM demanding that I open the temple for them? Have I mentioned the ladies that have gone through my wife’s personal effects looking for her preferred means of birth control or lack thereof? A priest must also carry the burdens of the congregation. I can not tell you the stories that I hear from besieged wives or tormented husbands! For every one funeral that you attend, I attend 50 and every death carries a story of pain. Most people have no idea what suffering a priest bares! It is a miracle that I am still alive considering what I have put myself through. l find, therefore, a desperate need to keep just a few places in my life that are within my control. My personal spaces are my places of sanctuary and solace. I honor them.