Nearly six weeks had passed and still I had not contacted Kama Nagari. Eventually she got me on the phone with the help of Jagadisha’s wife, Lakshmi Muni. She asked me what she was supposed to do. She had no money and could not pay any bills or even the mortgage on the house. I simply told her that I was never returning to Dallas and she could do whatever she wanted. I did not care. She cried, but I ignored her. A week later Lakshmi Muni came to me at breakfast and said, “Kama Nagari is arriving from Dallas at 2 PM. Be at LAX to meet her.” Reality was about to hit me once again. In desperation Kama Nagari had quit her job and booked herself and Vrindavan on a flight to Los Angeles in order to plead with me to let her back into my life. As I recall this incident I am appalled by how I treated her. She had done nothing wrong. She had simply trusted me. Deep down I was not planning to abandon her. I loved her, and given enough time, I would have contacted her and brought her to Los Angeles.

At the time, however, the events of the previous year were exploding within my mind. I was in the depths of depression, only I could not understand what was happening to me. Why was I acting in this way? Inadvertently I had been taking therapeutic time alone in order to sort things out. Consequently, I was living the fantasy of a single man, something that I should have done before 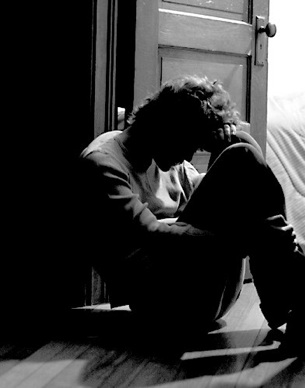 I had gotten married. Moreover, I was confused about the immediate issue. Kama Nagari and I had come to Dallas, bought a house and now here I was in Los Angeles with no intention of ever returning to Dallas. What was I to do with our house? I had no experience with such things and I had no one to talk with. I just could not reconcile this predicament. So I did nothing. I loved Kama Nagari and I wanted her, but I just could not face anymore life or make any more decisions at this time. My cup was full.

Secretly, however, I was hoping that she would just show up in Los Angeles and force me back to reality. So when I heard that she was coming I was relieved and happy and yet I was so deep in depression that I could not express myself to her or anyone else. When I met Kama Nagari at the airport I acted like nothing had happen.

“Well, you could have called!” She replied.

“Sorry,” I said. And that was the end of the matter. We said nothing more about this for the remainder of a married life! Recently when I asked her why she did not become enraged for the horrible way that I treated her, she told me that she just wanted to be with me, but she was afraid that if she expressed her anger and hurt it might driven me even further away. So she just kept silent and swallowed her pain. As I write these words and think of these events, I realize that I was young, inexperienced and overwrought by pressures that had forced me into depression, but still I am haunted by how I acted. Kama Nagari has since forgiven me, but I am not sure I can forgive myself.

Anna, since these days I have experienced depression at other times in my life. On each occasion they have occurred in conjunction with extreme external pressures. One such state occurred in 1987 after the collapse of New Vrindavan. Suffice to say that I was intelligent enough at the time to seek the help of a psychologist and it was during my counseling sessions that I began to understand what depression is, how to avoid it or at least how to manage it when it did occur. Another affliction occurred after I began working with the Hindu community in Southern California. On this occasion, I experienced a physical collapse and almost died. I will speak of these events in detail at the appropriate times.