In the Hindu wedding there is a time at the beginning of the ceremony where the groom is given the opportunity to leave and avoid marriage all together. This is done just before the bride enters; it is called Kashi Yatra, leaving for Kashi. Kashi is one of the most holy cities in Hinduism. It is a place where many people go, in the final stages of life, to abandon the world and become monks. I always do my best to persuade the groom to become a monk and avoid the worldly responsibilities of marriage. To this day, however, not a single groom has ever taken my advice and left the wedding. Anna, when I got married to Kama Nagari I should have followed my own advice and left for Kashi.

I say this not because I did not want to be with Kama Nagari, instead I was simply not ready for marriage. Imagine never having had a girl friend and then marrying the first girl you met. Imagine moving directly from your parent’s home into your own apartment with a woman you have known for only three months, and then having a baby with her nine months later. Imagine then moving to a new country without any source of income. Any one of these things are major life changes that need to be slowly absorbed, but for me I swallowed them all within the span of a year. Could you write a better prescription for anxiety? I had no business getting married without first living on my own. I needed time to establish my identity. Nor should I have gotten married until my education was finished and my career was started. I should have dated a few girls and gained experience before I married! I was still a boy. And then to immediately have a baby and change countries, what kind of madness was this? But life is rarely ideal, so I did not leave for Kashi. Instead, I left for Dallas with a wife and child.

As I mentioned, the situation in Dallas that summer was desperately hot and depressing. The school had closed and the temple was in disarray. I fell into depression, only I could not understand what was happening to me. The pressure of the previous year had finally caught up with me. I had no energy. My appetite was gone and even though I could not get out of bed for days, I could hardly sleep. Finally, Jagadish, the temple president and my mentor from Toronto, invited me to come to Los Angeles for a change. So I went with him for a short visit. The minute I arrived in Los Angeles, 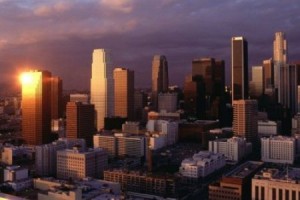 life again entered my soul. The fresh smell of the ocean air overwhelmed me. The humidity and the repressive heat of Dallas were gone. I felt that all my burdens and responsibilities had been shed. In that split second I knew that I would never again return to Dallas. But then another thought entered my mind: I did not want to be with Kama Nagari anymore. I could no longer face the life that I was creating with her. I began to entertain the thought of leaving her. So once I arrived at the temple Jagadisha arranged for me to share a small place with some other devotees. I stayed in LA and quietly let the days creep by. I did not call Kama Nagari, nor did I return her calls. I was trying to forget that she ever existed. She had been abandoned in Dallas with a four month old child.

Immediately upon my arrival in Los Angeles I was scooped up by the community’s publishing business, the BBT, and given a job as a Sanskrit editor. The BBT published the spiritual books that were sold in the temples, on the streets and in the airports. A deal was soon struck between the BBT and the community’s school so that I was “loaned out” as a Sanskrit teacher to the school in addition to my regular editorial work. By “job” 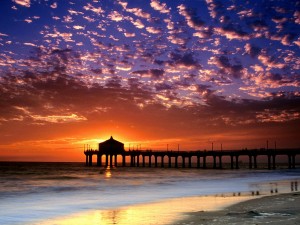 I do not mean a job in the ordinary sense. In those days full time devotees worked for the community and were given either a temple apartment or money to find their own private apartment. They were also given a small maintenance stipend that matched their individual or family needs. In other words, I was given a sustenance wage for my “work.”

Life in Los Angeles was exciting; life in Dallas was depressing, so you can just imagine the joy I felt at coming to Los Angeles. The community was situated in a respectable residential neighborhood about 16 kms from the ocean. It was common for devotees to swim every afternoon throughout the spring, summer and fall seasons so I began to do this as well. As a single man I had a tiny room that I shared with a couple of other men. That was all I needed because I was hardly at home. Everyday I would get up at 3:30 AM, attend the temple morning program, eat breakfast in the temple dinning hall and then go to work. By early afternoon I would go for a swim and then come home and take a nap. Even today this is the source of my daily afternoon nap. In the evening I would attend the community’s religious program and then take rest by 9:00 PM. I had nothing to worry about. It was the fall of 1976 and for the first time in over a year I felt free.