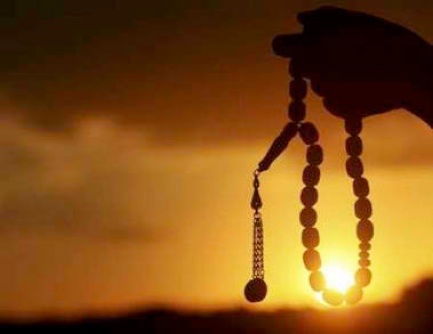 Or is it the same faith under another mask?*

Hinduism is perhaps the oldest living religion. In fact, the origins of Hinduism can be traced back to at least 2500 BCE and today there are close to a billion followers. It behooves us, therefore, to ask, “What is Hinduism”? and then to understand how this ancient tradition has managed to survive and even thrive in modern times. Before we do this, however, there is an even more basic question to ask, namely, what is the nature of religion itself? The most common answers go something like: religion is the belief in God, the soul and an afterlife; religion is a set of rules to regulate how people should act in the world; religion is a series of rituals and symbols that address the psychology of human beings; or finally, religion is a way of life. While all such answers are surely true, they unfortunately limit our ability to understand the true nature of religion and what it means to be religious. Ultimately, such views even impede spiritual growth. Let me explain.

Most people view religion as if it was one set of things: a set of beliefs, rituals and behaviors that form a world-view, but instead of viewing religion as one set of things, I prefer to break religion into two constituent parts, namely, faith and a cumulative religious tradition. The first arises from the perception that life is a wondrous mystery, and the second is what results from this perception.

From the earliest times up to the present, human beings from all cultures have looked out at the world and felt deep amazement, a kind of wonder. From the flash of lightning in the sky and the crash of thunder that follows, from the eclipses of the sun and the moon that have caused primitive peoples to run and flee, to the exquisite views of DNA strands that regulate biological life and the amazing images of distant galaxies seen through a space telescope, human beings have constantly been confronted with the wonder and mystery of the world around them. Moreover, this wonder and mystery also confronts us from the negative aspects of life. We call it horror. Death and destruction are a great source of horror. The devastation caused by a powerful earthquake is a great horror to see. Anyone who has ever witnessed death, with the gradual fading of consciousness and the profound silence and coldness that follows, also knows this horror. These horrors indeed have a great impact on human consciousness. Perhaps the most universal response of the human heart toward this wondrous mystery and even the horror of physical reality, has been, and continues to be, a questioning into the nature of reality. Who are we? What is this world? Why is there suffering, and so forth? Implicit within such questioning comes a faith that there can be answers to such questions. This faith takes many forms, one of which is religious faith. In other words, the origins of religious faith lay within the experience of life itself; and so long as there continues to be life, with all its beauty and mystery, and even horror, there will always be faith. Even modern science, which has solved the mystery of lighting, thunder and eclipses, has shown even greater beauties and mysteries that continue to inspire the heart of man.

Faith, translated into physical reality, results in an almost infinite variety of religious expressions: architecture, music, dance, dietary laws, dress codes and even belief systems. Religious architecture, for example–churches, mosques, synagogues, and temples–can be looked upon as the translation or projections of faith into physical form. Each of these buildings have their particular architectural styles and they all arise from the collective faith of their worshippers. Similarly, in the realm of religious art there are unlimited religious expressions beginning from the ancient rock paintings of early man in the caves of France or the outstanding Islamic designs found in the mosques of Saudi Arabia, or the ancient Greek and Roman sculpture found in the ruins of Athens and Rome.

Music and dance are also expressions of religious faith. The requiems of Bach and Mozart, or the Indian dance styles of Kathak and Bharata Annaam are examples of faith projected into the world of music and dance. Even dietary laws, codes of conduct, and forms of dress are projections of this faith. The Jewish and Islamic laws of kosher and halal, the Hindu restrictions against meat and alcohol, or even the use of psychogenic drugs found in many indigenous tribes of North America and Australia are examples of faith translated in terms of dietary laws.

Projections of religious faith similarly includes many intangible manifestations. In the intellectual realm, religious beliefs, such as God as Father, God as Mother, the belief in a soul, an afterlife or in reincarnation, are also manifestations of religious faith. In terms of social organization, the Indian caste system or the Christian or Buddhist’s systems of monastic organization are examples of faith translated into the realm of social organization. Taken together, each of these categories of religious expression–architecture, music, dance, dress, dietary laws, belief and social systems–form the cumulative religious traditions of the world, which we commonly call Hinduism, Judaism, Buddhism, Christianity, Islam, and so forth. Consequently, we can speak of Christian faith, Hindu faith, Islamic faith, etc. I use the word “cumulative” because these expressions of religious faith build up or accumulate over time. The older a religious tradition, the deeper its layers of accumulated tradition. In common terms, I sometimes think of the cumulative religious traditions as the “stuff” of religion.

Not only does religious faith inspire the religious traditions of the world, faith is also nurtured by these same traditions. Anyone who has ever sat in a cathedral like Chartres or Notre Dame in France or the massive Balaji temple in south India knows the powerful effect of architecture on the human heart. If you have visited the Sistine Chapel in the Vatican and contemplated Michelangelo’s hand of God reaching out to the hand of man on the ceiling that towers above, you may also know the powerful effect of religious art on human faith. Religious faith and religious traditions go hand and hand, and for this reason they seem inseparable, but at the same time, being able to distinguish between the “stuff” of religion and religious faith itself empowers a person and promotes spiritual growth. Failing to distinguish between the two leads to the mistake of confusing the stuff of religion with the essence of religion. It leads to attachment to the externals of religion instead of to the inner mystical and mysterious origins of religion. Unfortunately, the world is always full of people who miss the essence of religion in the name of being religious and who fight and argue over all aspects of the cumulative religious traditions. Consequently, they impede their own spiritual growth and the growth of those around them. Therefore, as you read this small work that describes the cumulative religious tradition called Hinduism, be aware of the deep and mysterious yearning of religious faith that underlies this tradition and inspires it.