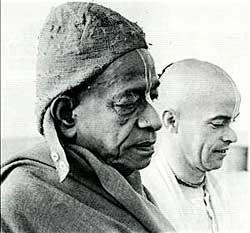 In this country there is New York, New Jersey, New England, New Holland and many other places named after their original counterpart, mostly from Europe. So in 1969 Prabhupada started New Vrindavan named after its original place in India where Krishna grew up tending cows. The original Vrindavan is about 160 kms south of Delhi, India. To be more precise two America disciples of Prabhupada, Kirtanananda and Hayagriya, ran away from Prabhupada’s temple in New York City and started their own version of Walden in the remote hills of Appalachia. Later they returned to Prabhupada and offered their Walden as a gift. He accepted their gift and told them to build it into a spiritual farm community modeled after Krishna and cow protection. Prabhupada named this community New Vrindavan and it became the first Hare Krishna farm community in the West.

Situated in the American state of West Virginia about 750 kms south of Toronto, Canada, I 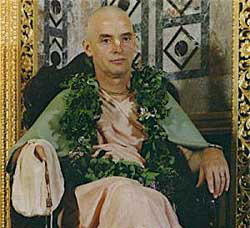 indoor plumbing or central heating, and a lot of dirt roads and mud. Years later I would move to this commune and join a community of over 2500 devotees. I would even play a leading role in the community’s development. Had I known this at the time I would never have believed it. After the passing of Prabhupada in 1977, Kirtanananda became one of the new ISKCON gurus and the sole authority within New Vrindavan. Kirtanananda turned out to be an outspoken and independent guru within the ISKCON fold. He would never hesitate to innovate and break from tradition and for this reason New Vrindavan gained a representation for being a rogue community within the Hare Krishna movement. initially visited New Vrindavan in 1972 where I saw Prabhupada for the first time. In those days it was a remote commune built around a small Krishna temple and a lot of cows. At the time there were only 60 full time devotees and it was an austere place indeed, with no 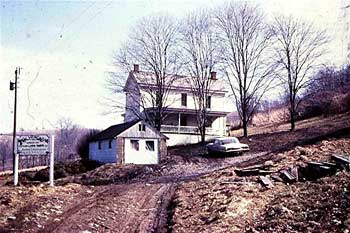 Kirtanananda himself became infamous. In fact amongst the American city temples New Vrindavan became a “dumping ground” for hard to handle devotees, and Kirtanananda was only too happy to receive all the dregs of ISKCON. He had an uncanny knack for inspiring loyalty and getting his followers to produce incredible results. In this way New Vrindavan was built on the rejects of ISKCON. It was a tough place and Kirtanananda ruled it with a strong hand, but amazingly the community prospered and grew leaps and bounds. New Vrindavan soon became the largest and most influential ISKCON community.

For many reasons Kirtanananda had many Canadian disciples, spread out from Montrealto Vancouver some 6000 kms across the whole of Canada, but since it was not easy for Canadians to live legally within the United States most of them had to stay in the Canadian city temples. In English there is a saying, birds of a feather flock together and there was little doubt that most of the disciples of Kirtanananda also had his outspoken and rebellious spirit. They also hungered for a walden which meant that they wanted to live in a rural community like New Vrindavan. Unfortunately, Canada had no rural spiritual community, and as ISKCON politics heated up after the passing of Prabhupada, these devotees and 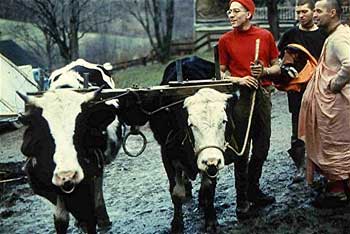 others became a source of trouble for the Canadian temples. Most temple presidents just wanted to get rid of them, but unlike the American temples, they had no dumping ground for hard to handle devotees. These two disciples who showed up at my kitchen table that evening in 1980 where disciples of Kirtanananda, who had been excised from the Toronto temple. Their names were Kanina and Gaudiya and they were the vanguard of Kirtanananda’s men in Canada looking for a new Walden.