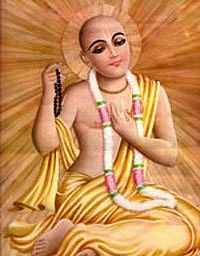 I remember sitting in the living room of my parents home when I was 19. They had just discovered my involvement with Krishna Consciousness and they were naturally concerned and wanted to know what I was doing. I told them that I was pursuing the two must important things in life, namely, self realization and love of God. I proceeded to load them up with all the books on Krishna Consciousness that I could carry and I gave them a lecture about Krishna being the Supreme Personality of Godhead. I can hardly imagine what I sounded like. I was a “God intoxicated” young ISKCON devotee and I wanted to set them straight. As I write this I both cringe and laugh to myself wondering how I actually said these things. Self realization and love of God? Such lofty topics for a youth of just nineteen; my mother always said that I was too serious too young in life. She was right.

But let me examine what I told my parents. Almost 35 years have lapsed. Am I self realized and have I achieved love of God?

I have heard this term ‘self realization’ bantered about for years. Every guru I have ever met talked about it and certainly all of my God brothers and sisters employed the expression seemingly in every conversation I heard for decades. In the past self realization was to know the big ‘S’ self, the spiritual essence, the soul within. It also implied the realization ‘I am not this body’ ‘I am spirit.’ I also learned that ‘the me’ I saw in the mirror every morning was an illusion. This was the little ‘s’ self and it had to be discarded in favor for the big ‘S’ self. The motto was to live simply, think high, and if I did this and chanted Hare Krishna I would become self realized. I would know the Self and I would know that I am not this body. Well, I have been to my Walden and even to other people’s Waldens many times and, lord knows, I have chanted Hare Krishna faithfully for years, but the only thing that ever happened was that I spent a lot of time splitting wood and carrying water. I never woke up any morning thinking, “Ah, I know the Self!” No burst of cosmic light ever graced my bedside. But then I thought, “self realization is not so cheap. I need to chant Hare Krishna more, split more wood and stay away from tea.” In other words, I needed to work harder at it and be more strict with myself in spiritual practice. But no light ever came in 35 years. Perhaps the process was supposed to be a gradual “unfolding” of spiritual realization. So you would think that after all these years I would at least have one half or even one quarter knowledge of the Self. But not even a speck of a capital S ‘self’ has ever appeared. So it seems that only the sages of old, the ones that we read about in the books, ever know the Self. After all, this is Kali Yuga, the time of darkness; there can be no light in these days and, for sure, chanting could never work for me because I was a sinner.

I have a friend who has chanted Hare Krishna much more than I ever did. In fact, chanting is almost all he does, and I do not know anyone more simple in lifestyle. I have long since abandoned the simple life, but he still follows it with a passion. I consider him saintly! This friend recently called me; he was depressed over the course of his spiritual progress and he too told me that he has yet to see the Self, nor has he been graced by comic light, nor has he gained any realization of the Self. This was depressing. I don’t know anyone more saintly than my friend and if he had failed to know the Self, what hope was there for me?

Then one day, as I sat in bed, I thought. “I am fifty and I am not self realized? I have learned nothing about myself in all these years? My life is a waste?” Surely after 35 years of striving some result should be there. So what exactly is self realization and what are the markers of spiritual progress? Perhaps it is necessary to re-evaluate the premises by which I judge spiritual realization.