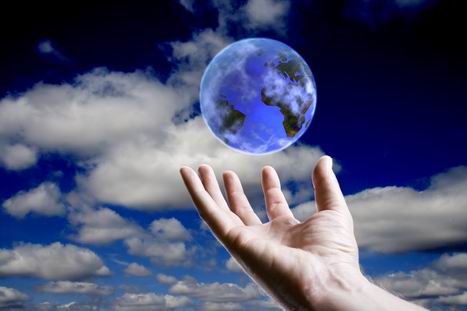 “The greatest thing in the world is to know how to belong to oneself.”*

Years ago I used to be concerned about the dating of the Vedas and other related literatures, such as the Mahabharata, the Ramayana, and in particular, the Bhagavat Purana, which describes the life of Krishna. The dating of these literatures was a spiritual life or death issue for me. The historical existence of Rama and Krishna or even Veda Vyasa was crucial to my faith. My concerns were perhaps similar to how a Christian may need to know the historical reality of Jesus. At university I learned one thing and at the temple I learn something quite different. My faith in Krishna Consciousness hung in the balance over this issue. I even went so far as to write a letter to my guru stating my concerns and outlining the arguments of modern historians and asking him to help me to resolve the issue. In his reply he simply asked me to have faith in tradition and not to accept the arguments of modern historians. As you can imagine the matter remained unresolved and I struggled with the burden of faith for many years. A decade later, when I began my Ph.D. I re-addressed the issue I eventually resolved the matter by understanding of the nature of belief and faith and learning how to separate the two. Now, whether the Bhagavata Purana is 5000 years old or 1000 years old has no bearing on my faith. My point is, one way or another, through study, contemplation and perseverance the issued was resolved and I was able to make spiritual progress.

Similarly, I used to be preoccupied with the existence of God. I spent much time going through the arguments that tried to prove the existence of God, but I soon learned that an attempt to prove or disprove the existence of God was not likely to be fruitful. I took a different approach and looked to the real world that I saw around me. I tried to see God in the beauty of the world. The Upanishadic teaching: “The flash of the lightning that causes one to blink and say, “Ah!” – that ‘Ah’ is Divinity,” was the key to my new vision of reality. The existence of ‘sky gods’ became less and less relevant. The sunset and the other beauties of the world became manifestations of the beauty of God. Whether Vishnu wore a yellow dhoti and resided in Vaikuntha or whether Krishna, or even Jesus for that matter, existed as historical personalities was of no spiritual concern. Divinity was bursting out all around me and I was satisfied. Again, through study, contemplation and perseverance, I was able to advance.

I come now to the matter of self realization. It used to be that when I looked into a mirror the self I saw was just the little self. I was told that deep within, there was a capital S self, the soul, and it was this Self that had to be focused upon. The guy looking in the mirror was temporary and unimportant. Any attachment to him was like the attraction of the sunset, an illusion. But like my search for sky gods, in all my years I have never found a Self. So in time I changed my approach and started to reexamine the real world around me. Eventually I came to the understanding that when I looked into the mirror, the life and warmth and even self-consciousness that I saw in the guy looking into the mirror was most satisfying. The guy peering into the mirror is all the self I needed. I felt integrated between what was here in this world and what may be on the inside. The God on the outside was an indication of the God on the inside. The self on the outside was an indication of the Self on the inside. And after so many years of life, with all its happiness and struggles, I can honestly say that I have a good understanding of the potentials and limitations of this guy looking into the mirror. I am self realized! More progress has been made.

People suffer from the incorrect understanding that spiritual life is something remote and mysterious. Mysterious it may be, but remote it is not. People hide spirituality in capital letters and make it unobtainable. They talk of Absolutes and capitalize God, Soul, Self, Guru, Truth and even Church, Temple or Mandir. They place their popes and gurus on great high seats. They say that we live in some dark age, a Kali yuga, and they wait for some illusive golden age or second coming. They say mankind is full of sin and therefore unqualified to have divine realization. We can only read about self realization in the ancient books. Only the sages of thousands of years ago could have it! In this way people put spiritual life on a pedestal and make it unobtainable. But I reject these notions. After 35 years of striving, I have nothing to show because I am chasing some illusive bigger than life Self or God? This is not for me. I choose to acknowledge what I have achieved. I will not dismiss what I know of life and of myself. I joyfully look forward to another 35 years of continued evolution and striving, knowing that I have only scratched the surface; and I thank the heavens that there is no end, no final beatitude and no Absolute that I need to find.