I remember standing in a obscure village on the eastern coast of Italy by the Adriatic Sea waiting for an associate to arrive from Russia. Russians travel the way my parents used to travel a generation ago, using charter flights to save money. I was seeing flights arriving from all over the country to this tiny Italian town, which had been an old NATO airbase. What an irony! As I waited, over two hours passed, 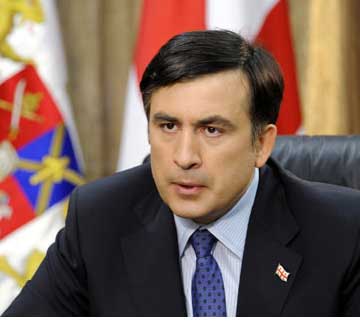 and I watched an endless stream of Russians come through the arrival doors. I had never seen so many Russians in one place, at one time. I was seeing a cross section of middle class Russians. I was concerned whether I had missed my party or whether they had even gotten on the flight, so I was continually asking people if this was the flight from such and such a city. But not a soul would stop and even try to answer my question. They just filed by looking for their friends and relatives. I was ignored outright. When I asked the Russian tour operators, who did speak some English, I was similarly brushed aside. I thought the tour operators, at least, would be more open to helping a stranger, but no. On that evening I learned my first rule of Russian society: Russia is a closed society. I felt totally shut out, and this was not by just one group from one city, I experienced the same thing for over two hours from Russians arriving from all over the country. Russians hold a deep distrust of strangers. It is a closed and internalized culture.

I was recently in London. What a cosmopolitan place! I have never heard so many languages spoken in one place and I never seen such a mix of cultures in one place. It seems the whole world has come to the door of Britain. I had not been to London in many years and so I assumed it would be similar to Paris, an interesting, but old, quaint and historic place. What I found was a dynamic, modern, and clean city. I was astounded. I also found the people friendly, open and willing to talk even when I approached them in French! All the time I was in Britain, I kept wondering how such a tiny island had come to affect so much of the world? What was it about British culture that made it, and still makes it, the powerhouse of influence that it still is today. This tiny island, at the top of the world, has been at the center of world activities since the time of the Magna Carta (1215). The openness of British society was in stark contrast to the closed and cold nature of Russian society. I could not help thinking: if you are open to the world and the nations of the world are your friends, it is not likely that you are going to beat up on your friends. Countries that work together as trading and financial partners will hardly invade each other. 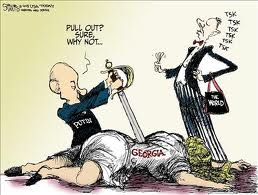 that once belonged to the soviet empire. I found this to be a most disturbing event, not because it reminded me of the 1960s when the Soviets walked into Poland and old Ceckoslovakia, but because I saw our President Bush and Secretary of State Rice standing on the world stage condemning Russia for invading Georgia and telling the Russians that in the 21st century big powers do not beat up on little powers. Who do these people think they are telling Russia to get out of Georgia after what they have done in Iraq? I am sorry, but the moral authority of America has be squandered by the Bush administration. And having condemned Russia for their incursions, what are they going to do? America is so tied up and depleted by its Iraqi escapade that, not only does it lack moral authority, it also lacks diplomatic, political, and economic power, what to speak of the military might to do anything against Russian hegemony. The current administration has made a mockery of this country. And the brutish Russian state knows this. What Russia has done is no surprise. It is still full of old soviet ideas and cold war leaders. Its fledging democracy that so amazingly appeared after the collapse of the Soviet Union has been slowly but surely shrinking in recent years, so how can we expect a country that cannot respect the democratic the rights of its own citizens respect the democratic rights of another country? But what the United States has done in Iraq is much worse. The United States purports to be a mature nation, a beacon of democracy for the world and a moral nation, and therefore it should know how to use its power without having to resort to brutish ways. By acting as it has in Iraq, the US has showed that it is still an adolescent country, full of brutish ways and with many lessons to learn. And the rest of the world, who looks to America for leadership, is left to weep, or even worse, to laugh at us.

Even though I felt our foray into Iraq was a mistake, when it happened I was happy to see that Britain supported us. We were not alone. If we had to do it, at least it was good to do it with a friend by our side. Having been to Britain and seen the cosmopolitan nature of British society and the depth of its democracy, I now feel that Britain made a grave mistake in following us into this war. While in Britain I had an interesting conversation with a police officer guarding the House of Commons about the state of world affairs. In the course of our conversation it came as a matter of some shock to hear this officer speak of the United States as still an adolescent country. He meant no disrespect, but compared to Britain, he was right. America is a young country. Britain is a mature nation by comparison and has democratic traditions that run centuries deep. One of the “shrines” I visited while in Britain was the Magna Carta at Salisbury, so now when I think how Britain participated in the same brutish action as the United States, I realize that Britain should have used its maturity to counsel the United States to avoid the use of military force in Iraq, to be patient and work through diplomacy and sanctions as it was doing. Britain would have been a better friend had it acted in this way.

In a family a parent always knows it has the option to employ physical punishment on a disobedient child. A husband knows he can use the same punishment on a wife. Older children can beat up on younger children. Those with greater physical power can dominate those with lesser physical power. This is what the United States and Russia have done in Iraq and Georgia. But in a mature and cultured family, parents do not beat children, husbands do not beat wives, and older brothers do not beat younger siblings. Similarly, in world affairs powerful and mature nations have an obligation to avoid brutish force by finding mature and sophisticated means to attain order and safety.

Now that I know the closed nature of Russian society, I am not surprised when I see it beating up on smaller nations even in the 21st century. If you are closed to the world and you distrust your friends and even your own citizens, it is easy to treat the world with contempt and defiance. I learned this in just a few hours watching Russians in Italy. Russia is on a different path than the democratic West and it still has a lot of evolution to pass through before it can truly take a seat alongside the mature nations of the world. As far as the United States is concerned its latest escapade into Iraq is going to come to an end soon and this country will hopefully have learned one more hard lesson about the use of brute force and its bold display of global defiance and arrogance that it exhibited when it invaded Iraq.

Central to this failure has been ignoring the inherent connection between internal freedom and external aggression. As democracy was rolled back within Russia, the world abandoned an approach that had been so effective during the later stages of the Cold War, when relations with the Kremlin were linked to the expansion of freedom inside the Soviet Union.

Sadly, a clear sighted policy of linkage was transformed into a strategic and moral muddle that neither rewarded good behavior nor punished bad. Perhaps most egregiously, a regime that would have been willing to pay a high price to join the Group of Eight, let alone to host a summit of the leading democratic powers, was given these privileges for free. Did anyone even consider asking something of the Kremlin?
Now the free world stands at a dangerous crossroads. Restoring Georgian independence and the confidence of Russia’s other democratic neighbors is critical. But if the root of the problem is to be addressed strategically, the focus must return not to this or that specific foreign policy action by Russia but rather to the matter of democracy within Russia itself. This linkage must be broad and deep, and it must be reinforced by an international community willing to shine a light on Russia’s retreat from democracy.

The writer, a former Soviet dissident, is chairman of the Adelson Institute for Strategic Studies at the Shalem Center in Jerusalem and is the author most recently of the book “Defending Identity.”