“I went to the woods because I wished to live deliberately, to front only the essential facts of life, and see if I could not learn what it had to teach, and not, when I came to die, discover that I had not lived.”*

In this country there is a famous American author, Henry David Thoreau, who lived about 150 years ago. Thoreau is known as one of the founders of American transcendentalism and a pioneer of the ecology movement. He was a vegetarian, a practitioner of non-violence and a follower of passive resistance. He read and often quoted the Bhagavad Gita and the Upanishads in his writings. 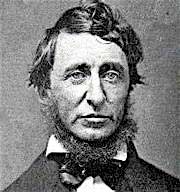 Perhaps his most famous book is Walden, a collection of diaries he kept while he lived away from society at Walden Pond, a small lake in the State of Massachusetts. Thoreau saw himself as a seeker of truth and his time spent in isolation at Walden Pond was a time of personal meditation and soul searching. One of his most notable ideas expressed in Walden was the notion of simplicity. He writes, “Simplicity, simplicity, simplicity! I say, let your affairs be as two or three, and not a hundred or a thousand; instead of a million count half a dozen, and keep your accounts on your thumb-nail…Simplify, simplify. Instead of three meals a day, if it be necessary eat but one; instead of a hundred dishes, five; and reduce other things in proportion.” Thoreau was one of the greatest influences on my early life and my generation.

For Kama Nagari and I, the cottage was our Walden Pond. After the incredibly urbanized world of Los Angeles we were ready to follow the path of simplicity outside of the city. We were ideologues and so our residence on the banks of the Trent River, a small log house 7 meters square that my father and I had built out of old canal logs, cedar fence rails and rough-cut lumber, was a perfect setting for our experiment in “truth.” Simple living and high thinking was the motto of our life. Of course, this was the also the motto of ISKCON. 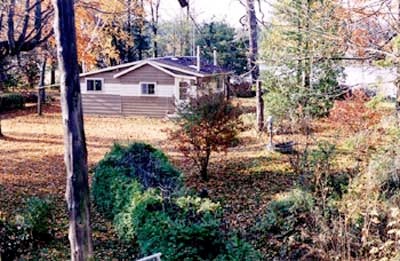 In our cabin there was no indoor plumbing, which meant no hot or cold running water, no central heating, just a simple wood stove, no indoor toilet, only an outhouse and no electricity, just kerosene lamps. We were to spend our life living without the amenities of life, just sewing ski hats and studying at school. We had no debt, no credit cards, our needs were minimal and we wanted to keep it that way. It was a perfect opportunity to live the simple rural life. So this is how Kama Nagari and I lived for the next two years, about the same length of time that Thoreau spent at his Walden.

Anna, the simple life is not so simple. I think in these two years I spent more time chopping wood, shoveling snow, pumping and hauling water, weeding gardens, swatting flies, driving into town for supplies, sewing ski hats, driving them into Toronto and more worrying about money than I have ever done in my life. In spite of our incessant work all we did was barely maintain, there was hardly anytime left for our actual purpose, studying at the university. So much for the simple life. When I hear of utopian ideas that involve back to nature, simple living and high thinking, I laugh. It is an illusion. I have done it and there is nothing simple about it. It takes a lot of effort and even money to live simply. I recall one of Gandhi’s financial backers commenting that it cost a fortune to keep Gandhi living in a loin cloth. I agree and this is what I learned at my Walden.