In the course of a person’s life there are watershed events that change the course of a life. I have written about some of those events, my involvement with Krishna Consciousness, my decision to study Sanskrit, my marriage to Kama Nagari, and my immigration to the United States. Any one of these events are beyond the norm of what most people do, but in focusing on the major events of life we often overlook the minor ones, those tiny events that at the time seem unimportant but upon later reflection take on great significance. Here is one of those minor events. 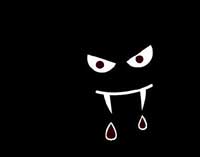 I remember this day only too well. I was 13 and in grade 7 at Clairlea Public School. It was January and this was in the days when Toronto winters were still cold, really cold. The afternoon break had just ended and I was returning to class walking up a small icy hill. I had my hands in my pockets because of the cold. Suddenly I slipped and fell flat on my face. I knocked my two front teeth out of my head. Actually, at the time it looked like just a small chip on the end of one tooth had broken, but later dental x-rays revealed major fractures on both teeth below the gum line. My front teeth had to be removed. Anna, I cannot tell you the expense this caused my parents and what expenses it has caused me in later years, but the damage was much worse than mere financial stress. Age thirteen was the beginning of my teenage years, perhaps the most important developmental time for a child, and I had to spend much of that time without front teeth suffering from the “vampire look.” This led to major self esteem issues that has taken me years to recover from. I have told you that I am socially awkward and that even smiling is difficult for me. Can you now understand why? During my formative years I had no teeth and the last thing I wanted to do was smile! To make matters even worse my 7th grade teacher used to chide me and call me “smiley” because I never smiled. She did this out of affection, however, at the time it was anything but affectionate to me. Of all my teachers in school she is the only one whose name I still vividly remember. Her “affections” are indelibly etched into my psyche. And to make matters worse I had these big beautiful red lips that my friends used to say were girl’s lips and so for the boy who was socially awkward to begin these little things brought me over the edge and created damage within my personality. 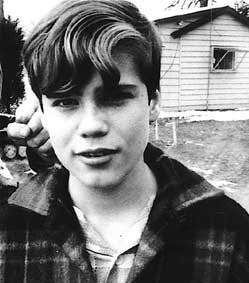 Did such events create the introverted withdrawn young boy? Did they drive me towards the priesthood? It is commonly known that priests and shamans are social misfits. There is something about the priesthood in almost every culture that allows or even expects its priests to be socially odd. I think it is an exaggeration to think that this was the cause of my religious nature, but I think an argument could be made that these issues were contributory.

Today it is fair to say that I have used my awkwardness to my advantage and I no longer concern myself with my red female lips or any other deformities. In fact I make a good income being a priest and I spend a major portion of my life standing up in front of people teaching, public speaking or performing religious ceremonies. I am even a moderately famous person and I think there is still a lot more celebrity to come whether I like it or not, but still, I do not frequent social events except when I am required to do so and I am content to be alone when I can, In fact, solitude is a great luxury for me. I do, however, feel that my social timidity is not a positive thing and it is an issue that I am still trying to overcome.

Anna, I write about this issue partly to bring to the attention of my readers how they must be careful when dealing with children. I am sure my Mrs. Potter was not intentionally being cruel to me, but like it or not, her attention to my problem was an act of cruelty. The chiding of friends can never be avoided, but adults must understand that what, to them, may just be a minor issue or no issue at all, to a child can be a life shaping event.