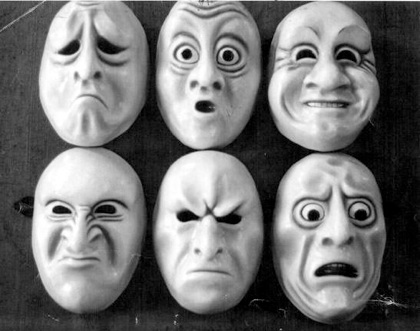 In the matter of aesthetics, rasa theory, Sanskrit has a precise vocabulary. The various “tastes” have been analyzed and named in great detail. Sometimes the word rasa is translated as mellow or mood, but I will primarily translate the word as taste. The taste that arises between married lovers is called svakiya shringara.Svakiya means “relating to oneself”. Svakiya love is considered to be one of the best tastes. But higher still isparakiya shringara, love outside of marriage. Parakiya means “relating to another.” This is what I call “left handed love.” The illicit nature and dangers involved in this kind of love gives it an even higher taste thansvakiya love. The relationship that a girl may have with her boyfriend generates a certain kind of taste. It is close to svakiya. These kinds of tastes all fall within the realm of shringara-rasa, conjugal love.

When your parents held you in their arms as a child they felt a great taste. This is a kind of taste known asvatsalya-rasa, the parental taste. Vatsalya is considered very high, but less than shringara-rasa. The feelings of affection and love you have with your girlfriends is called sakhya-rasa. English does not have a good word to describe this kind of taste other than to say “friendship taste.” The relationship between a loyal employee and a boss, between a master and a servant, or even between an owner and a dog generates another kind of “love taste” called dasya-rasa, servitude taste respectively. Even the feeling of awe a person receives when seeing a beautiful sunset or moonrise creates a kind of aesthetic taste that is called shanta-rasa. This is the peaceful mood. The word peaceful in English does not truly capture the meaning, but think you can get the idea. So far I have described five primary tastes or rasas: conjugal love, family affection, friendship, servitude and the peaceful mood.

But the tastes one can receive in life are more than just these five, and not all of the tastes are positive. Comedy is another taste. People like to laugh and joke. This is hasya-rasa, the comic taste. When the world trade towers were attacked in New York and they came crashing down a certain kind of mellow or taste was created, ghastliness or horror might be the right word. In Sanskrit this kind of taste is called bibatsa. When we saw the images of the parents crying over their dead children from the school in Russia another certain kind of taste was created, karuna. This is called compassion and sympathy. When lovers fight and their relationship degrades into separation and anger a certain kind of taste arises, separation and anger. In this way all of life is based on experiencing or tasting various flavors, some good and some not so good. Even an alcoholic who feels the pain of his life and so tries to obliterate this pain with alcohol is tasting a certain kind of rasa, emptiness. Aesthetics is at the root of all sentient life.

These rasas can also be mixed. Lovers may feel shringara as well as friendship and even anger (krodha) at different times in their relationship. When a child moves out of the home the parental taste becomes mixed with feelings of separation, viraha. Friendship is often mixed with the comic mood. In literature a writer must know how to combine these various tastes in order to create a great work of art. The more expert the writer is the better he can combine these tastes to create a good overall taste. This also applies to painting and drama. Shakespeare was an expert connoisseur of taste!

In Sanskrit literature this information about rasa comes from a work called Bharata-natyam, which is a manual for drama and dance! The theory of aesthetics that was developed for drama and dance has been incorporated into the Kama-shastra, the art of love. You have, of course heard of the Kama-sutra. The Kama-sutra is just a small part of the Kama-shastra literature. There is an excellent movie called the Kama Sutra, A Tale of Love directed by Mira Nair. In that movie the teacher of love is named Rasa Devi. If you can, please watch this movie. You will understand why Rasa Devi is called rasa devi. She is very wise. And you will also understand why in ancient India a woman who has the knowledge of rasa was so revered. Each relationship is unique. Can you see how to use this understanding in order to heighten or control a relationship and how to create a certain kind of taste? All the movies that we watch and all the novels that we read are also governed by Rasa Theory. There is indeed great power in understanding Rasa Theory.

But there is more to Rasa Theory than we have discussed. In another installment I will tell you more. Knowledge of rasa is a great art indeed. It touches the sap of life!