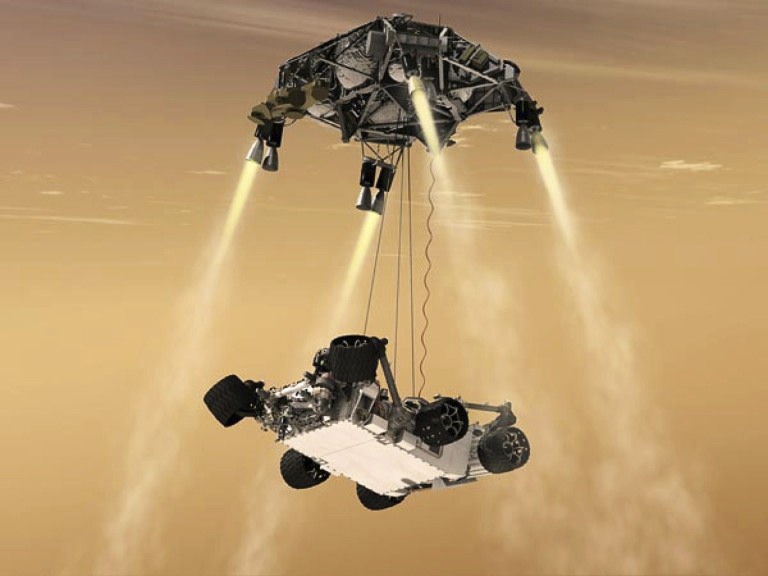 Last evening I stayed up and watched the rover, Curiosity, land on Mars. It was a spectacular feat of engineering to land this 1000 pound vehicle on a planet hundreds of thousands of kilometers away outside of all telemetry. I’m sure it will become a point of amazing history how this module was landed on the planet surface using the ‘sky-crain’ technique. I am fortunate to know a person who is directly involved in this project at JPL. I performed the wedding of his daughter a few months ago, so I was fortunate to be able to receive and send text messages from the floor of Mission Control in Pasadena as the landing was occurring. I felt part of the action last night. With all the struggles and fighting that takes place on this planet it is good to know that out there, somewhere, there is something bigger than ourselves going on. Space explanation embodies the best of our human species, and the name of this new Martian rover, Curiosity, says it all. If Curiosity can find evidence of even a single microbe of present or past Martian life it will be a discovery of monumental proportions. It will create a paradigm shift in human consciousness. We will know we are not alone. As I look at this photo can you imagine what may go through the mind of a Martian “tribal” if this contraption suddenly appeared in the sky. What kind of god had appeared?!