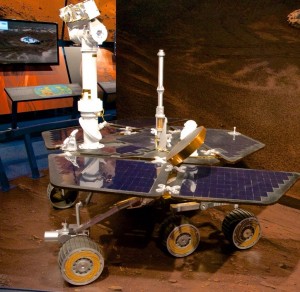 I was recently invited for a private tour of NASA’s JPL site in La Cañada. I had done a family wedding for someone who worked there, so I had been offered a tour, and to my utter delight I was eventually invited. This was a great opportunity for Radhika since she was back from Berkeley for a few weeks and I’ve been encouraging her to invent warp drive. We had to get security clearances, but once that was done we were set to go. Being a product of the Star Trek generation I can’t help but have a keen interest in space research and exploration, so this was a fabulous opportunity to see one of the key places where it all happens. A few months back the Mars rover, Curiosity, had made a spectacular landing on Mars and this was the development and control center for this program. I could not have asked for a more exciting place to be.

My photos show the essence of the tour better than any words can convey, suffice to say this site reminded me of my Johnson Space Center tour in Houston back in the summer. JPL started in 1936 with a few geeky guys playing with rockets in a nearby wash, yet with the coming war the military picked up on the possibility of building propulsion systems to deliver bombs. God bless our military. Since then the site has developed into a full scale propulsion and robotics research center that has been released back to the non military community.

It quickly becomes obvious that both Houston and JPL are just two important pieces of a large network that is spread across the whole world. Space exploration and development is a global affair. This is not an American project, it is a human project. I find this fact heartening. Pure science always strives to straddle borders and politics. The downside, of course, is the military always lurks in the shadows, and at a moments notice any of this research can be militarized. Science and space are like religion, they embody both the best and the worst of humanity. Regardless, I am inspired to see such cooperations between nations to achieve a human end. I was again reminded of the young man in Houston who told us that space research was beyond the capability of any one nation and that it would take a planetary effort to reach to the stars. Again I pray that some young Berkeley student like Radhika will be the one to invent wrap drive. 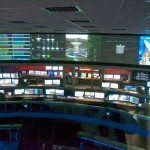 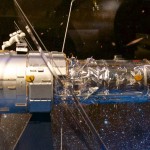 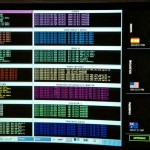 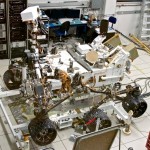 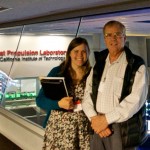