I regard each country as a unique ‘activity zone’ and what I mean by this is that each country must be experienced and judged on its own terms. It is a grave mistake to judge one country in terms of another. Each country has its unique history, sociology, religion, culture and traditions. Since I have returned from Russia I have been struggling with how to interpret and understand my Russia experience. It is not like other places. To compare it to United States may seem natural, after all, Russia in its previous incarnation as the Soviet Union was a direct competitor to the US, a so-called superpower. I never visited the Soviet Union, but I suspect what Russia is today is quite different than what it was as the former Soviet Union. There is also a natural tendency to compare Russia with the rest of Europe. After all it is geographically close. Yet, as you will see below, my initial experience with Russia was not a good experience. I could easily paint the country with a wide brush saying that it is not as good as the US or Europe, that it is antiquated, unfriendly, and not a place I will return to, yet to do so would be to deny myself the Russian experience, which after all, is a human experience. The fact is, Russia just is, with all its good and with all its bad. From a tourist’s perspective it may not be as good as the Netherlands or some other part of Western Europe, but I am not traveling only as a tourist. I travel for self-realization. I travel to find what Amsterdam can teach about life and about myself. I travel to find what Russia can similarly teach. To judge Russia solely from a tourist’s perspective or from a perspective of Western Europe or the United States is to miss what is unique about this country and what it can teach about humanity and myself. Amsterdam, which I also visited on this trip, may be more fun, more palatable than St. Petersburg or Moscow, but to judge these cities in terms of what Amsterdam is, is to miss the valuable experience and the beauty that they have to offer. Russia is not an easy country to visit, yet it is a deeply rewarding country. So I cannot approach Russia with the same mindset as I would a country like the Netherlands. This is the reason I have not been able to write my Russia travel notes easily. I have been struggling to find the correct mindset in which to understand my Russia experience.

My first experience with Russia began on a KLM flight from Amsterdam to St Petersburg. I get a rush seeing a new country for the first time, so as I looked out of the plane while it circled above St. Petersburg preparing to land, I had this feeling of rush and excitement. There it was, my first view of Russia. What would I experience in this mysterious and forbidden land, which so much affected my life growing up?

Our jet landed at Pulkovo 2, St. Petersburg’s international terminal, without incident and on time. The contrast between Amsterdam’s Schiphol and Pulkovo was day and night. It’s as if I’d gone back a generation in time. Schiphol is modern, upscale and massive. Pulkovo is antiquated, uninviting and tiny. Our plane, just a mid size jet carrying 150 travelers, stopped on the tarmac, not directly at the terminal. There are no jetways; you walk down stairs from the plane, board a bus, and are driven to the terminal. The terminal lacks color and looks like something from the 1930s. The first words that jump to my mind are ‘drab’ and ‘parochial.’ I’m sorry to have to say these things. I know I may offend some of my Russian friends, but this is what I saw. I criticize the Los Angeles International Airport for being one of the worst airports in the world, but it’s massive, always busy, and totally congested. St. Petersburg is the second largest city in Russia so I expected at least something similar, yet the airport is tiny and virtually empty compared to a western airport on a Friday evening.

This is a cold place. You immediately feel it in the air.

Arriving in the terminal, I am greeted by a stoney faced immigration officer who says nothing, yet speaks volumes: we don’t want you here, go home. Fortunately, I moved through passport control without incident; my bags arrived without problem, but as I went through customs my bags were x-rayed and the customs lady, who was as stoney faced as her passport control colleague, saw something in my bag she did not like so had me ushered into a side room with my bag and told me, “Wait”! This is the only English I heard spoken by a Russian official. As she said this she slipped my passport into her side pocket. She had confiscated my passport!!! My passport was gone? My God! I’ve traveled the world over and never experienced anything remotely like this. So I waited. What was I supposed to do? How long would this go on? Immediately all the visions of what I had read on the US State Department webpage warning me about visiting Russia started to race through my head, particularly the ones about corrupt government officials and police. It was all starting to happen just like they said. Was I supposed to offer this customs officer money? Was she waiting for a bribe? I have never in my life given a bribe. I decided to do nothing except wait. Would this be the end of my trip? Would I end up in jail? Would I be deported? I simply did not know the rules of this country. The bribe option kept returning to my mind. Certainly I did not want to endanger myself further by offering a bribe, but if I did nothing would I wait here forever? After what appeared to be an interminable amount of time the customs agent, who had taken my passport, came into the room and gestured me to open my bags. No words were spoken. I complied and we proceeded to go through my luggage piece by piece. Indeed that big thing she had seen on the luggage x-ray monitor was my camera and its lens. I showed it to her, she indicated okay, gave back my passport, and gestured I could leave. That was it? No bribe? You cannot imagine my relief. Welcome to Russia!

Yet an experience like this make you wonder, is this how tourists are treated in Russia? First impressions are important. This country will never get on the recommended list for tourism with welcome ceremonies like this! Suspicion is the other word I would add to my first impressions of this country. I saw it on the faces of both the passport and customs agents and I was to see it time and time again. At any rate I was happy to be free and so I walked into the greeting area and again I saw a world which seemed a generation behind anything that I had known. I’d been transported back 30 years in time, yet here I was in Russia.

Once outside the terminal I began looking for a taxi. It was 5 o’clock in the afternoon on a Friday, but there were no information booths, no help for tourists, certainly no English and not even official taxis, just private cars, which I presumed, served as taxis. And to my utter surprise many drivers would not even consider taking my fare if I did not speak Russian! They just turned their head away and ignored me out right. I was astounded. Eventually there was a driver willing to take my fare and fortunately I was prepared, I had my hotel name and address written on a piece of paper in Russian letters. This is a travel lesson I had learned in the past. Driving from the airport to my hotel, I could only pray that I was going in the right direction. None of the taxis had meters or identification so you could never know if you’re actually being taken to the right place or being kidnapped! Fortunately, the trip to the downtown was uneventful, but I was surprised to see how little traffic there was. After all, this was a Friday evening and St. Petersburg was Russia’s second-largest city with a population of almost 5,000,000 and yet where was everybody? You would expect the traffic to be jammed at this time in such a large city. There were no freeways so we traveled along what I would call secondary roads and side streets with lots of warehouses and horrible grey apartment buildings. After coming from Amsterdam, which without question is one of the most beautiful cities in Europe, you can imagine the thoughts that were going through my head. This appeared to be a somber and forbidding world without prosperity.

Eventually I made it to my hotel in downtown St Petersburg and to my delight and surprise it was a reasonable place. It was not the Marriott or anything I was used to, but it was comfortable and clean and the room was sizably bigger and cheaper than my Amsterdam room. This was a Russian hotel and not a western chain, but the hotel staff at the desk spoke English and were extremely friendly. For the first time I felt welcome and comfortable. This was to be my home for the next week and a half. Once I was checked in I took a walk down the main street of St. Petersburg, Nevsky Prospect. Again, compared to a Western European city drabness fills the air. In defense, I must add there is nothing more drab and cold as the downtown area of many, dare I say, most American cities, and especially Los Angeles, but the streets here in St Petersburg were crowded and to my surprise were filled shops selling everything imaginable. At last I was seeing some signs of prosperity. I was, however, shocked to see just how much alcohol and smoking there is. Almost every street corner had groups of young and old men standing around in the dark and cold drinking beer and vodka and smoking. Apparently it’s not an offense to openly carry and drink alcohol in this town, even on street corners! Even though things are a little drab and I’m a generation back in time the streets of St Petersburg are lively and in the dark I could see shapes of beautiful palaces, bridges, canals and cathedrals. I had a first-class meal with a salad and a quiche. I tried an ATM machine and thank God I was able to obtain rubles. So I am here, I am happy, and I am in business. To me Russia is beginning to feel like Kolkata. On the surface it’s forbidding, drab and unfriendly, but underneath there is life and excitement and an adventure to be enjoyed. 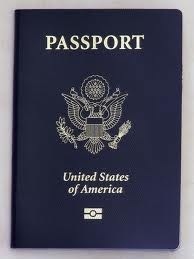