Today was a walking day. I truly became le flâneur, the city stroller. I walked down Nevsky Prospect, the main street though St Petersburg, where I had been the previous evening. This time I could see clearly what I’d seen in the dark the day before. Nevsky Prospect is actually no fun except for the first few times. It’s just a big noisy city street like anywhere else in the world, yet it’s amazing to see the crowds of people—who they are, how they dress, how they look—plus the shops, the buildings, the bridges and the canals, and, for me, the Cyrillic letters on everything. During my whole stay in Russia I could not stop myself constantly trying to read the letters. It became my obsession. I’d learned Cyrillic before I arrived, so here I was, perhaps my only chance to perfect it. Everywhere, I found myself trying to sound out the words. Макдоналдс, кофе, банк McDonalds, cafe, bank, and so on. It was a blast! In fact half knowing a script is quite addictive. The best part of town, however, is along the embankments near the Hermitage with all the canals and bridges. It’s peaceful. This is the part of St. Petersburg that causes people to say this is the most beautiful city in the world. Overall I would not give St. Petersburg this high a rating, but it is, no doubt, a beautiful city. In my opinion, Amsterdam is truly a beautiful city, even on its most ordinary streets.

On the way down Nevsky Prospect I passed some famous places including the Kazan Cathedral, a Russian Orthodox church, and the Cathedral of the Resurrection, which unfortunately turned out to be a museum. Both are spectacular places. The Kazan Cathedral is famous for the Icon of Kazan, an image of the Virgin Mary and Christ Child that is held in the highest esteem in Russian orthodoxy. Unfortunately the icon has been lost since 1904 and thought destroyed. The Cathedral of the Resurrection is also known as Our Savior on the Spilled Blood because it was the site where Tsar Alexander II was murdered in cold blood in 1881. The cathedral is a monument to him. Inside you can see the actual spot where he was attacked, a bomb was thrown at him. The cathedral was started by Alexander III, his son in 1883, and completed in 1907 under the last tsar, Nicholas II. Both inside and outside this is a beautiful building. But in fact I enjoyed the Kazan Cathedral more because it is a living place of worship. I much prefer living churches to museum churches. Faith is the difference between what is living and what is dead. Museum churches beg for life.

From these two places I continued down to the Tsar’s Winter Residence, now one of the worlds greatest museums, the Hermitage, and then into Palace Square. What an amazing place, as I think of the parades and ceremonies and the fighting and the killing that has taken place here including Bloody Sunday and the October Revolution of 1917. In the center there is the huge Alexander column commemorating the victory of Russia over Napoleon. Everywhere in St. Petersburg you find Peter the Great, his statues, his buildings, his canals, and his bridges. Everywhere Peter Peter Peter. It is truly amazing how he created such beautiful architecture in such a cold and brutal climate and on a bog no less. Peter the first was truly great! After Palace Square I saw Peter’s home, a small log cabin and then strolled through the Tsar’s summer gardens. Peter’s gardens are much better than Louis’s gardens! All these places shine with the mind boggling wealth of the Romanov family and the subsequent Tsar’s. There is nothing equivalent to it in North America. As I marvel at and appreciate such beauty I also consider that a nation only has so much wealth and it is obvious who had it in Russia. If one relatively small group had it all, a huge majority did not have it. No wonder there was such a violent backlash. In a day or two I will visit the Hermitage.

Here are my general impressions of St. Petersburg after my second day. Life is hard in this part of the world. I know the scars of a cold climate and I see it etched into the pavement and onto the faces of the people. I see struggle in the eyes of many people. Alcohol and meat are everywhere. It seems that people need these thing just to survive. I see men huddled on street corners openly drinking hard liquor in the dark. And yet there are amazing architectural monuments. I marvel that people could build these things in such a cold and harsh place. Nevsky Prospect is packed with people and stores filled with consumer goods. Electronics are everywhere. They say St. Petersburg girls are the best, and its true! I’ve never seen such beautiful girls in any city. So there is life and dynamism on the streets of St Petersburg. This is a place of contradiction. I see great pain and struggle and I see dynamic life. I see harshness and i see beauty.

In the evening I attended an orthodox mass. It was sweet. I’m a sucker for such things, regardless of the religion. Devotion draws me like a bee to honey. I have the bhakti curse. I tried to take a photo and a movie clip, but was stopped by an official of the church. It seems that photography is not allowed in orthodox churches. I noticed women cover their head and men take off their hat in churches. One elderly lady even came up to me and gestured that I should take off my hat. I felt embarrassed I had to be told to remove my hat. Yet later in a mosque I was barred from entry. I’m told had I covered my head I probably would have gotten in.

I often try to ask questions and discuss topical issues with the local people while I am in a new country. This is not always easy or wise. In the Netherlands there were lots of people willing and able to speak so I discussed the openness of Dutch society, particularly about cannabis and prostitution. Russia is a fascinating place and it raises a plethora of topical issues involving politics, economics, religion, social issues, authority, culture, and on an on. It’s a place very different from what I am used to. Unfortunately English speakers are hard to find and the ones you do find are unwilling to speak on such issues. My hotel staff were perfect examples. Everyone refused to speak on issues of substance, presumably out of fear for their jobs. They were polite and helpful on all kinds of issues which had no controversial qualities, but when it came to things of sensitivity they would not say a word. Eventually, I did find someone willing to speak, however their English was poor. This girl had lived the first 20 years of her life under Soviet rule and had no problem stating that times were better under soviet rule compared to now. She was not optimistic about the future. Hope and optimism are not Russian traits. She even mocked me, “Americans are naive. Your hope and optimism is a fools place.” In fact she preferred that Russia go back to the way it was, yet she had no hope that this would happen. “But nothing ever changes here. Things will not improve.” This person had no trust in politicians, government, nor even the banks. I read that a religious revival is taking place in Russia, so I asked what she thought about religion. ‘I am free of all that’ was the answer. Being in her 40s I could see she person was still part of Soviet Russia. She preferred the old days. Yet in the churches I saw both older people and younger people. My informant told me that during Soviet times their mother had been an atheist, but now in later years her mother had come to believe in God and had become religious. In Russia it is the young and the old who are the most hungry for religion. 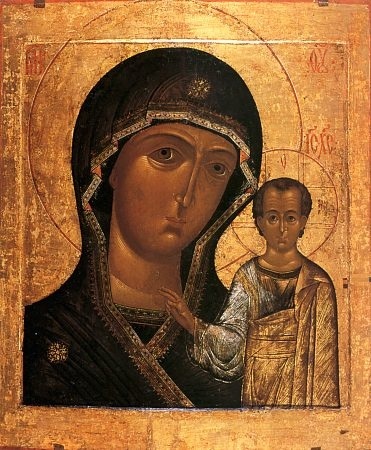 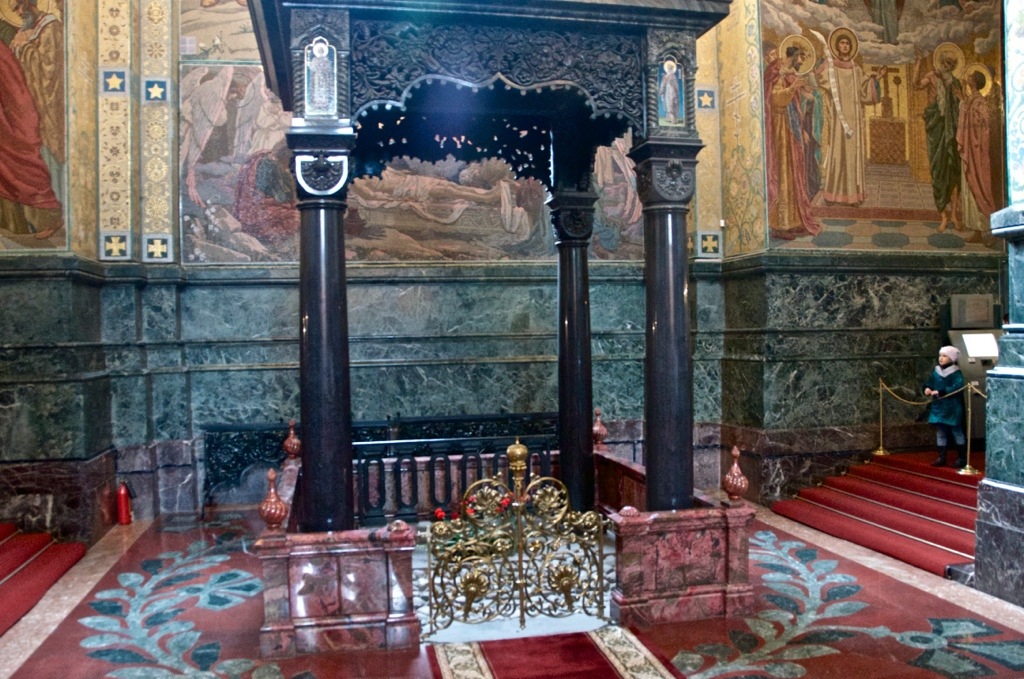 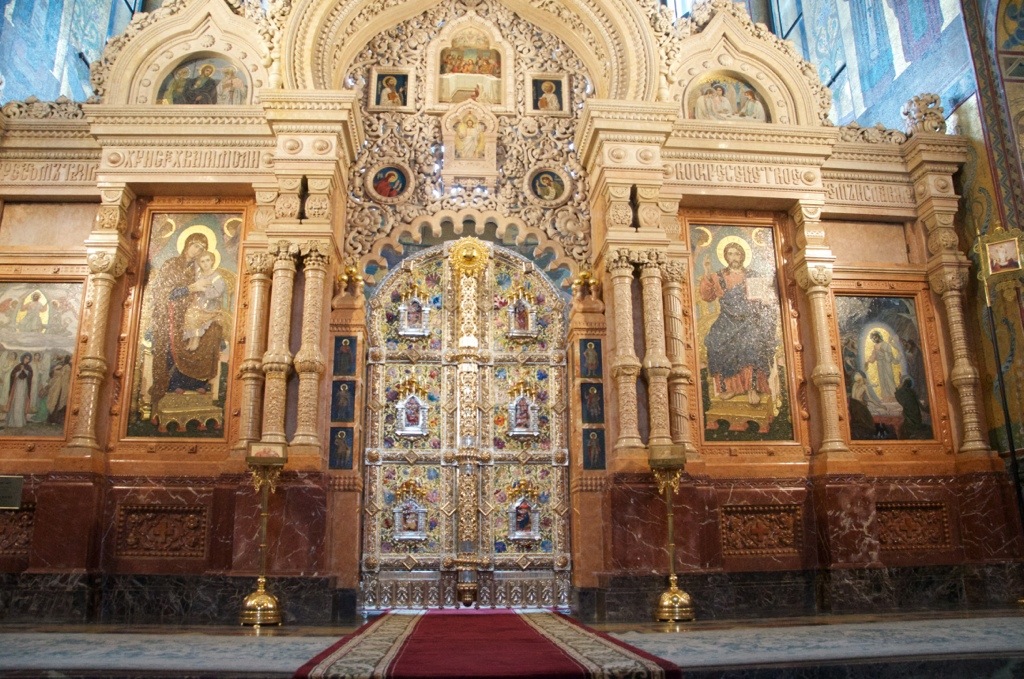 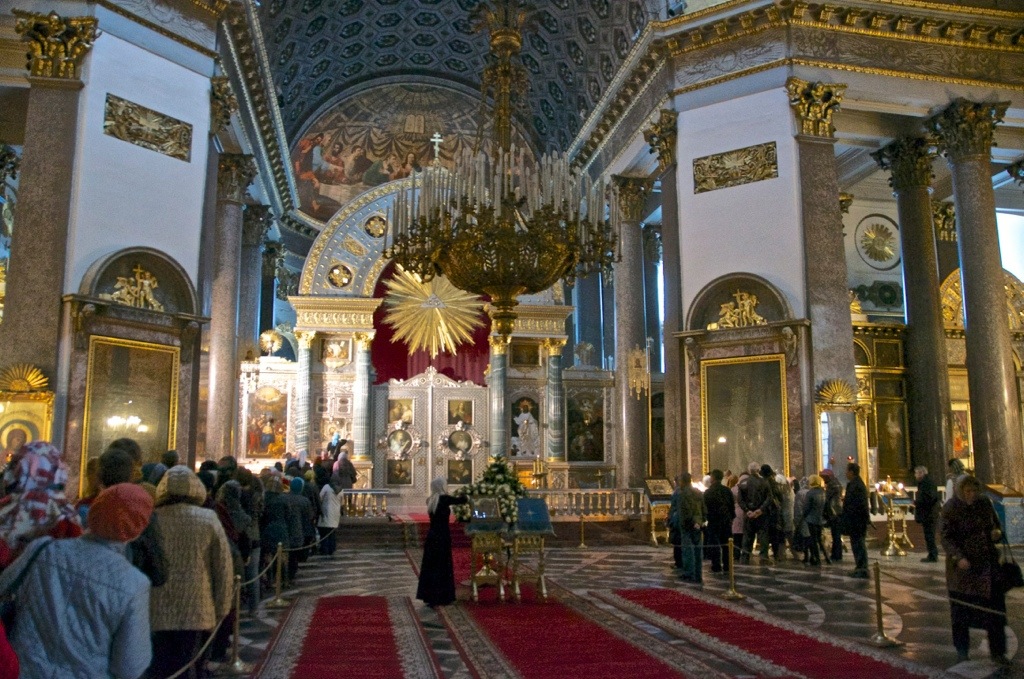 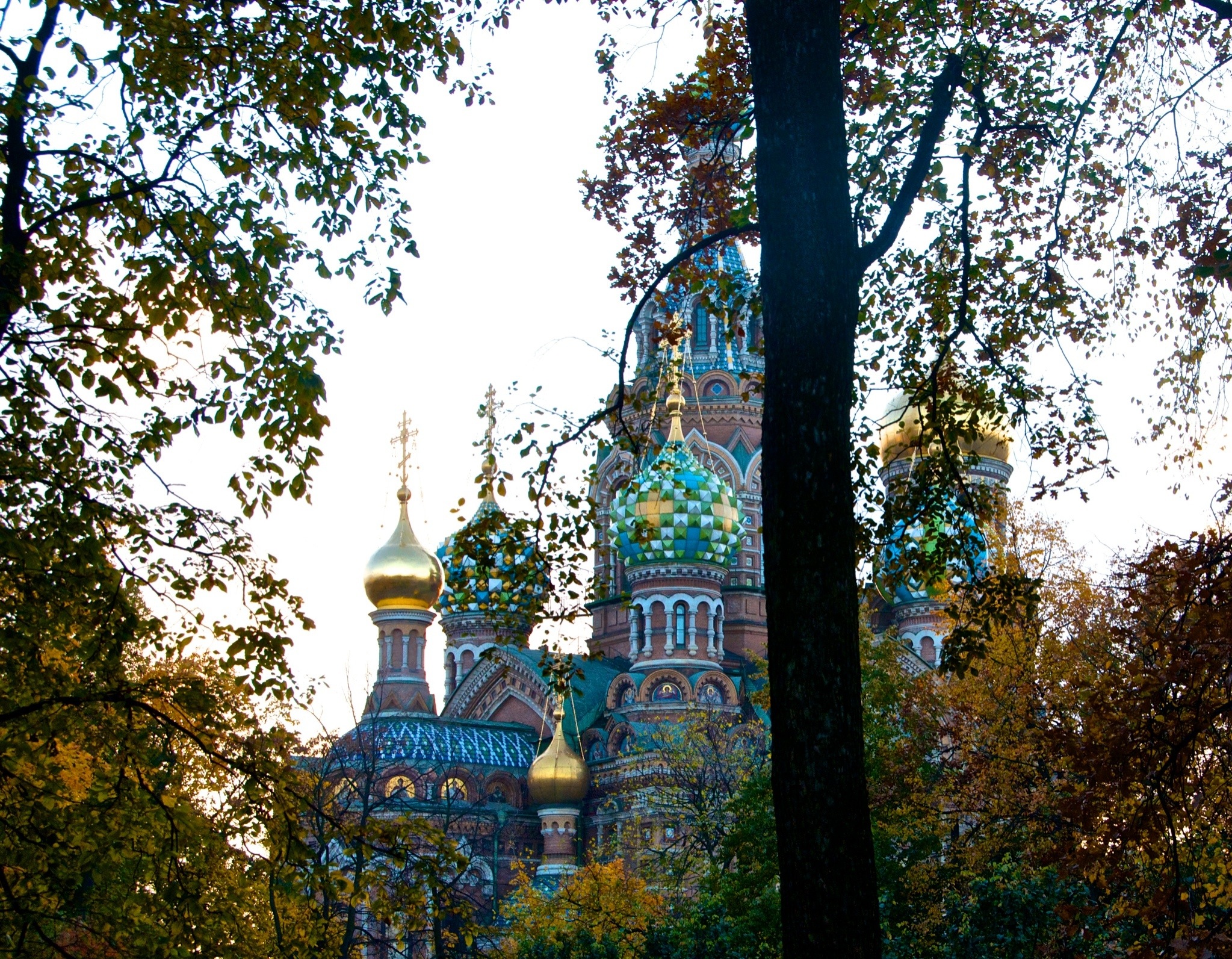 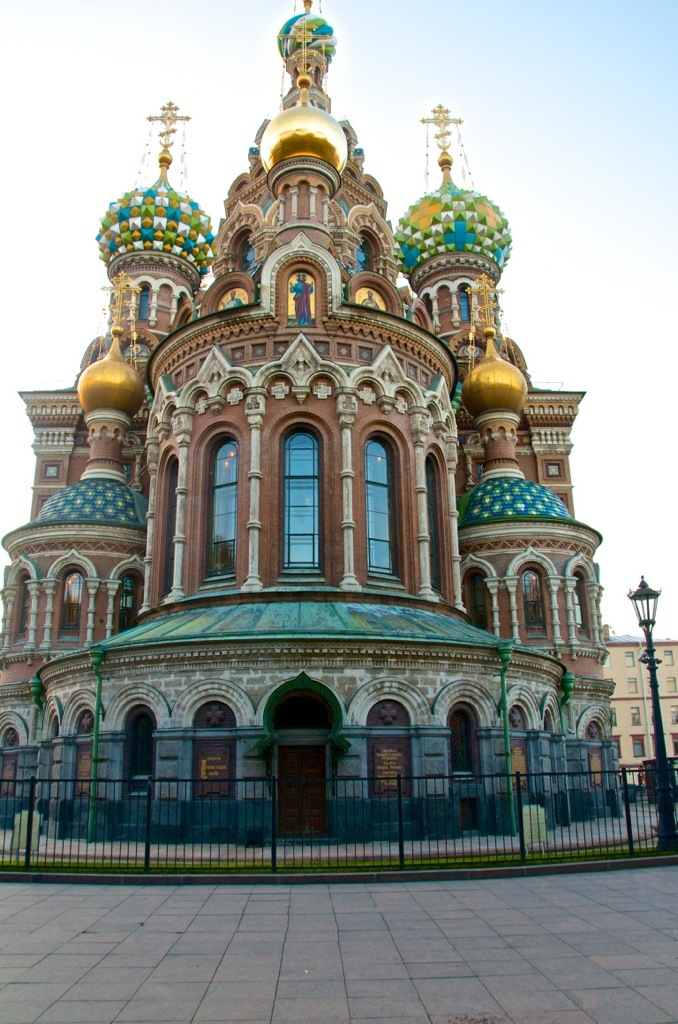 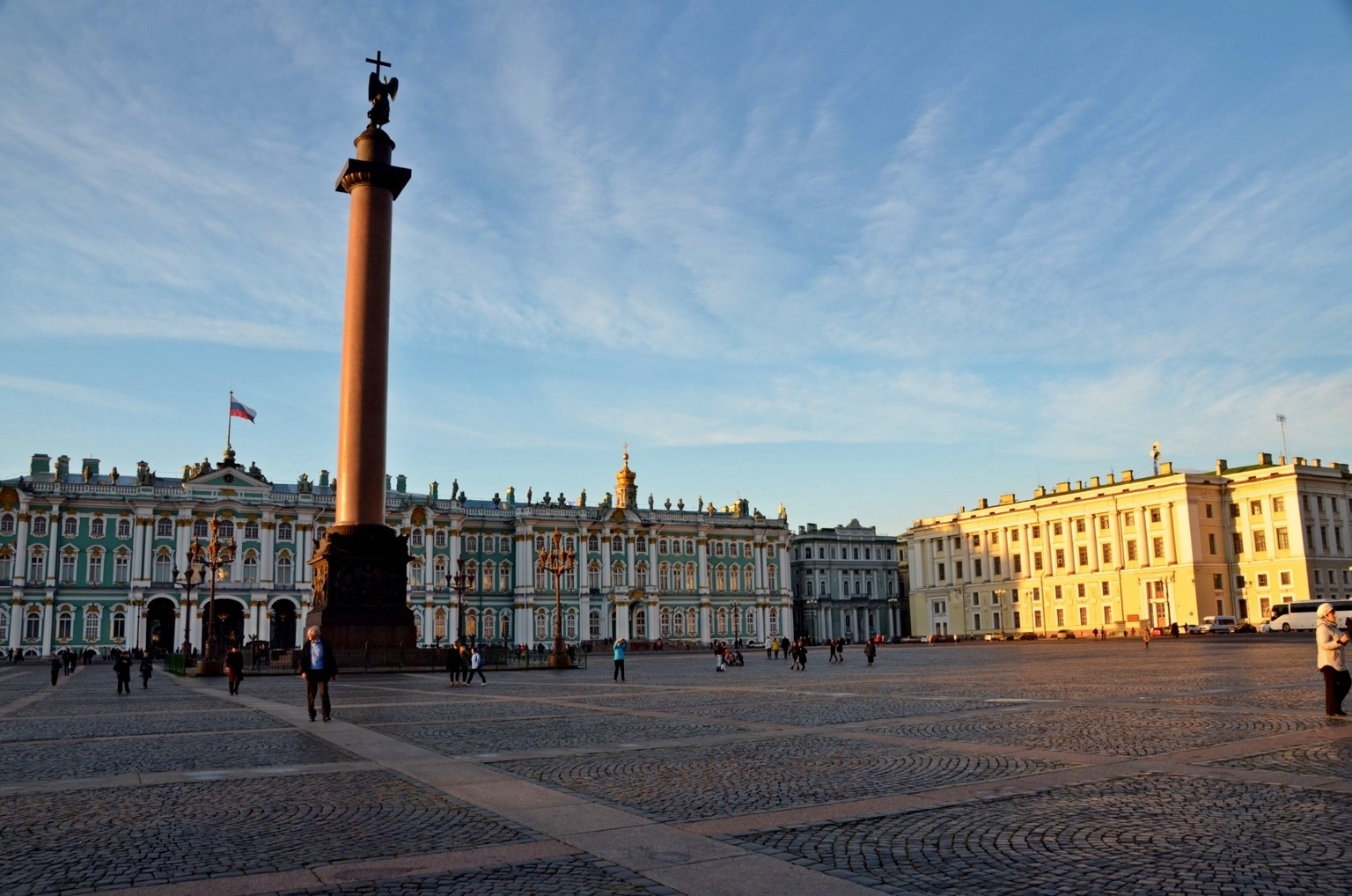 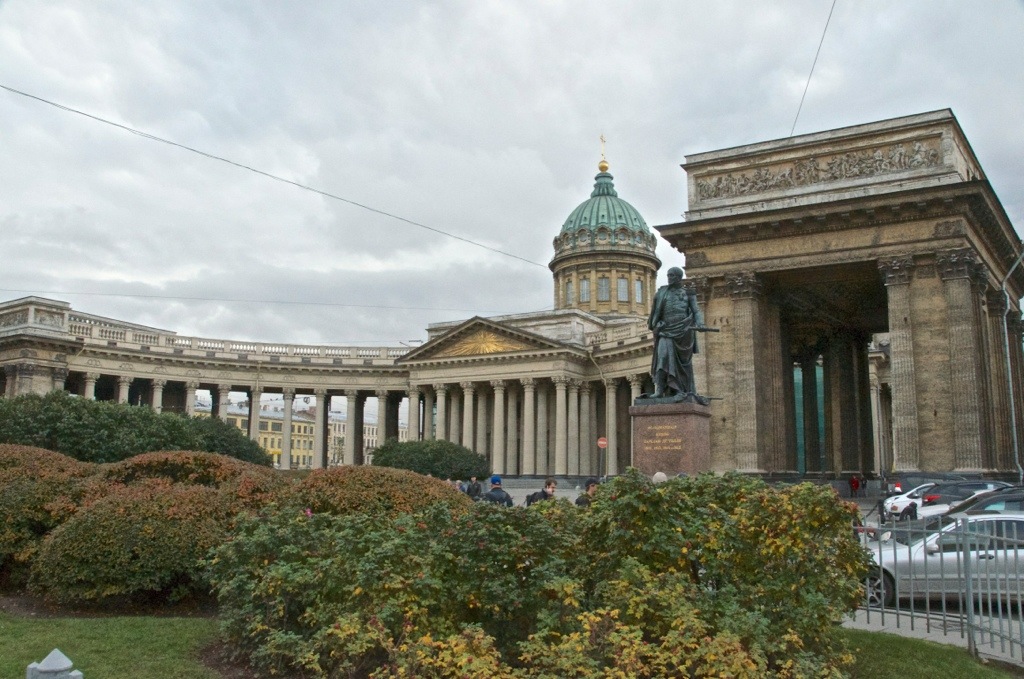 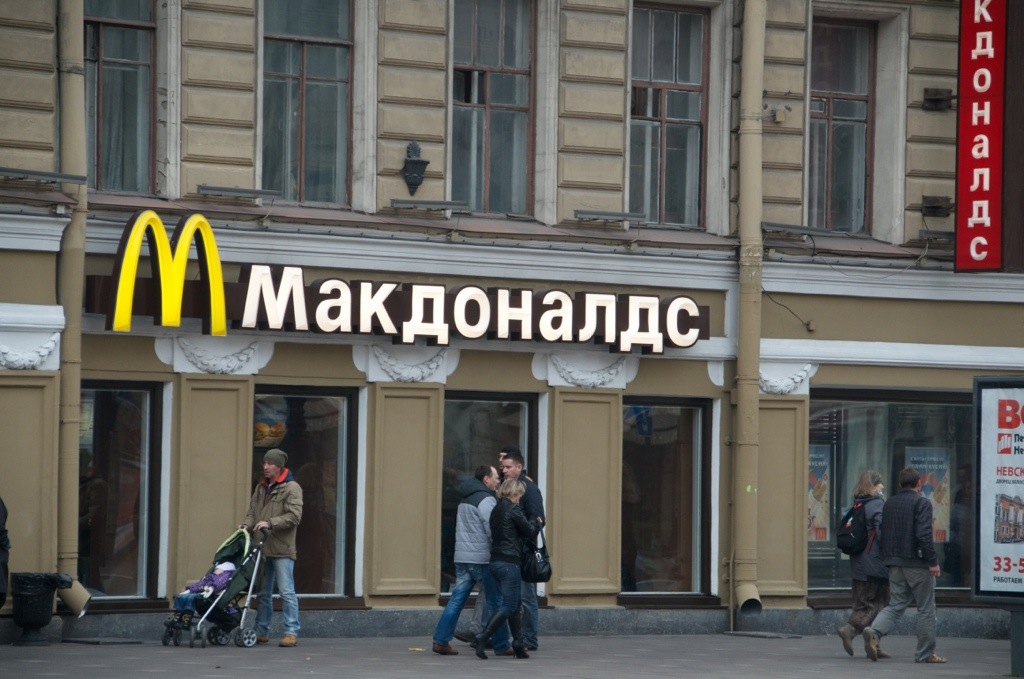