Somehow I could not leave my hotel until noon. There is no light here till after 9am so things move slowly. If there is darkness almost to nine in October what will it be like in December? I’m told the sun does not rise till almost noon at that time of the year! I can’t imagine living in such a subluminous world. This morning I spent time in my hotel lobby sending video and emails to friends around the world, I then searched for hotels and trains to Moscow. I am going there on Thursday. Booking a hotel was no problem; I did that through a western website, but trying to book a train through a russian website proved too difficult, so I decided to just go to the train station and buy the tickets there. That was my first walking trip of the day.

Ordinary Russians do not use cards. It seems only tourists use them. Did I mention when I first arrived in Russia my internet accounts like American Express and Apple locked out? I had to go through each account separately to reactivate them. I have learned to have an emergency email address not connected with the particular account in order to re-activate it. Both Apple and Google use an emergency email address to contact you in case of a problem, but if that emergency address is just another Apple or Google address then you won’t be able to reactivate your account because your email servers will not work. It was a huge inconvenience, but eventually it was solved and I recovered my accounts. The bottom line? Russia is not within the civilized world. The moment you arrive your internet accounts lock. There is so much internet crime and fraud here that most Western companies use lock-out as a security measure. Only in August did Russia join the WTO (world trade organization), so it’s going to take a few years before Russia is considered part of the civilized world. The vast majority of Russians simply do not have credit cards. In the rail station to purchase a train ticket, I had to wait in a special line that handles credit cards. Most Russians are handing out fistfuls of paper money. What an odd sight! Not since 25 years ago in India have I seen that. My estimation is that Russia is about a generation behind the rest of the world in many things. Yes, it has internet access, cell phones, and flat-panel screens, but in so many other areas it is far behind. Credit card banking banking is a prime example. An other example is cell phones. It seems every Russian has a cell phone, but they do not have automatic accounts with their cell companies. Russians must charge their cell accounts with cash manually at street machine that are like ATMs.

Yesterday evening, I observed hoards of old and even young men standing around street corners openly drinking beer and liquor. They leave their bottles littered all over the street and of course some of them break. It creates a great mess. After dark I don’t feel safe. And yet yesterday I was in some of the most beautiful gardens and parks that I’ve seen anywhere in the world. Perfectly groomed and clean. So this is Russia, a huge contrast. On the faces of the people you can see great struggle, life is hard, yet the streets are full of people, the shops are full of things to buy. Yet I don’t see many tourists, so who is buying these things? It must be Russians. This is a country not open to tourism. Russians will not agree, but what is the first thing that happened to me in the airport, my passport was taken away, I was detained and my bags were searched. What kind of a tourist is going to return to such a place? And with the Internet I have already told hundreds of people. Will they want to come? Do you find English, French, German or Spanish translations on restaurant menus like the rest of Europ? At best you might find an English menu if you ask, but ninety of the time it is only Russian. And yet this country has fantastic palaces, parks, cathedrals and museums, only they are not making themselves available to the outside world. This is a country barely crawling out of its communist and totalitarian past. They still fear the outside. Seeing the crowds of people and the shops so full of goods suggests things are improving, yet the Russians I speak to tell me nothing ever changes here. They are pessimistic, but I see hope and signs of growth.

It took some time, but eventually I was able to purchase my train ticket with a credit card. Afterwards I took the Metro to the Peter and Paul Fortress at the other side of town on the Neva River more or less across from the Hermitage museum. This is where the Tzars of Russia and the Romanov family are entombed. This city’s Metro is very very deep! I have never taken such a long escalator ride down into the bowels of the earth. I can only assume Russians built their Metro this deep just to get closer to hell for warmth. The subway cars I traveled on reminded me of trains I used in Toronto during the 1960s and 1970s. As I said everything is 30 years behind. The lights on the cars blink on and off at different places just like they did in Toronto. On later trips I rode modern trains with AC and even wireless Internet. The metro is an efficient way to travel. Indeed many of the stations are like museums. They are beautiful!

The Peter and Paul Fortress and the area around it is outstanding. With the Neva river, it’s embankment walls, the royal gardens, the palaces and museums all spread throughout out this part of the city it truly is a beautiful city. This is Peter the Great’s part of the city. The Peter and Paul Fortress was originally built to defend the city from Sweden and Finland. Today it is a museum. It also played an important role in the Bolshevik revolution. At the moment it is being renovated, so it was hard to get good pictures. Russians are proud of their history and they take care to preserve and look after it. Like most things I had no idea of where I was visiting until I came here. To my surprise and utter delight this is the place where the Tzars of Russia, beginning from both Peter and Catherine the Great, are entombed. This is the royal mausoleum. I’m not sure why, but I found this to be a tremendously moving experience. Some years ago, I had taken a course on Russian history and here I was standing before the tomb of Peter the Great and even Nicholas the Second, the last Tzar of Russia. It was like seeing a famous painting for the first time.

And yet there was more. Russia, during its Soviet times, deeply affected my psyche as a child. I had never been here, but in my mind, this was the evil empire, a lawless and barbaric place that threatened my existence. I always heard about the Russians and the threat they posed to the civilized world. This, of course, was the time of the Cold War. I remember the Cuban missile crisis. I watched as Khrushchev slammed his shoe on the table at the United Nations saying we will bury the West. I remember the frantic worry of my mother and the absurd, but very real, bomb shelter in our basement. I remember hearing air raid sirens as a child and running home in fear an attack. I even peed my pants on the street as I ran home. It was a emotional and intense time of my life. And so now coming to Russia and seeing the place that caused so much fear was a liberating experience.

After visiting the Peter and Paul fortress I walked to a nearby mosque, the famous St Petersburg mosque. I’ve never been in a mosque so this is a good opportunity to visit. When I arrived it looked dirty and run down so I thought it wasn’t open, but then I walked around and found the side door and saw people coming and going. So I just followed what other people were doing. I went in took off my shoes and then went to go inside the main room. As I was about to go into the room one older man blocked my entry. After some hand gestures he allowed me to just step one step into the room so I could look. After only thirty seconds he made me leave. I saw other men coming and going, but he would not allow me to enter. The other men were not white, they may have been Russians from Chechnya or Dagestan, but he would not allow me. No doubt he knew I was not Muslim. I don’t think it was anything to do with me being white, but just don’t know. He nevertheless saw me as an outsider. I have never been stopped entering a church. I have been told to take off my hat, I have been stopped from taking photos, but I have always been welcome to enter. This has only happened once before. Years ago in Orissa, India, I was stopped from going into a Hindu temple because I was white. And in those days I was even traveling with a shaved head and dhoti. Anyway, I was respectful and I quietly left the mosque with all my thoughts about Islam. How much better would Islam be if it had a more open attitude? 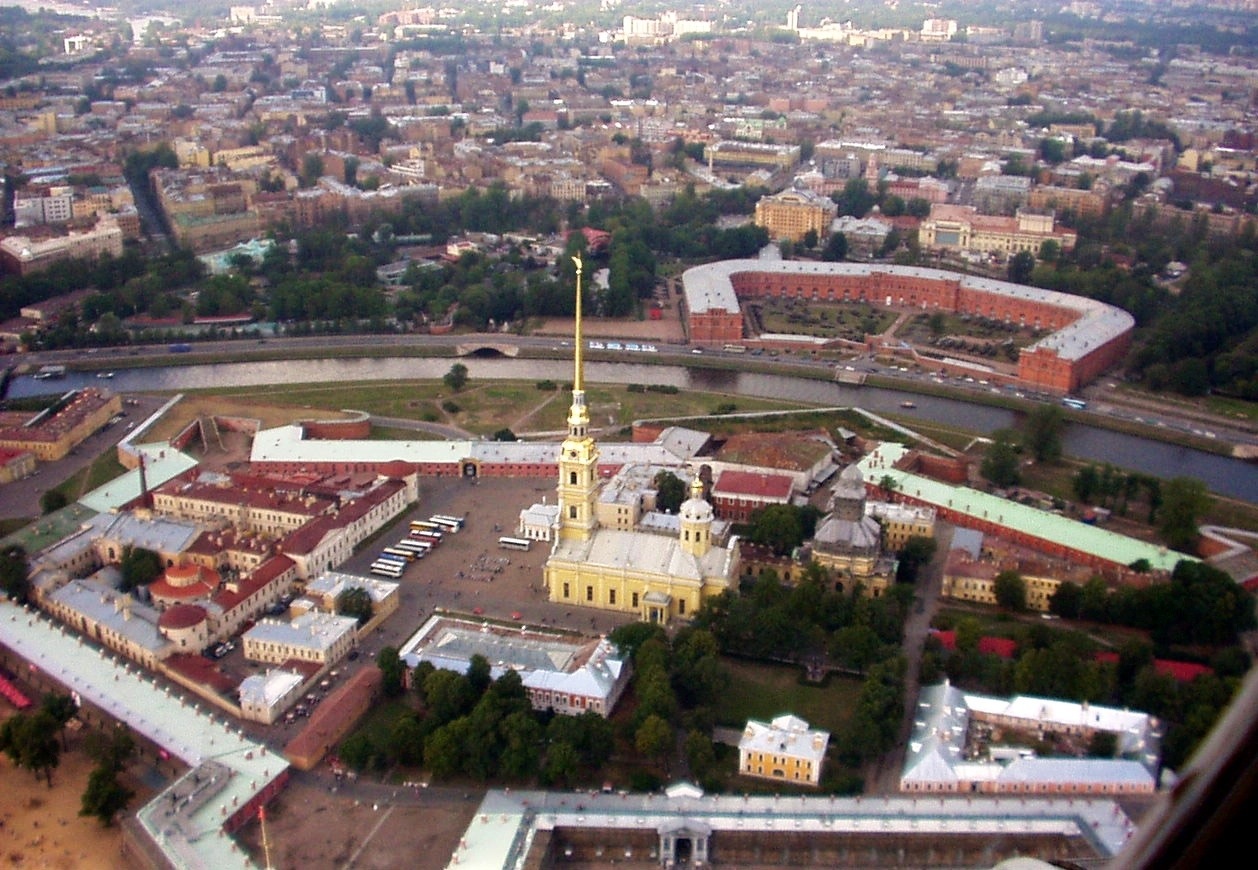 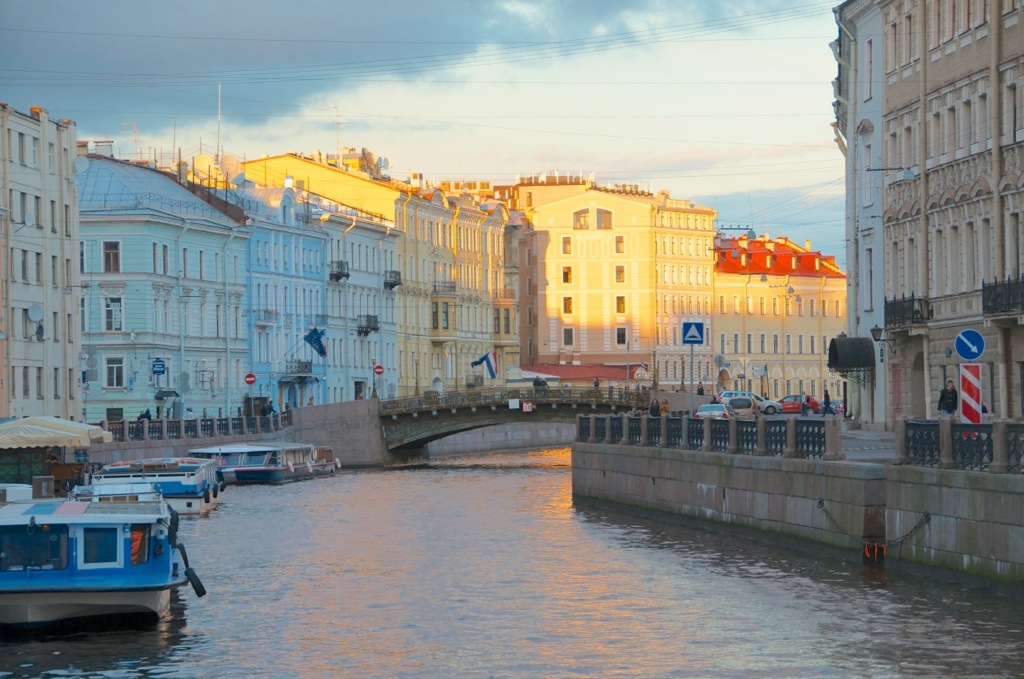 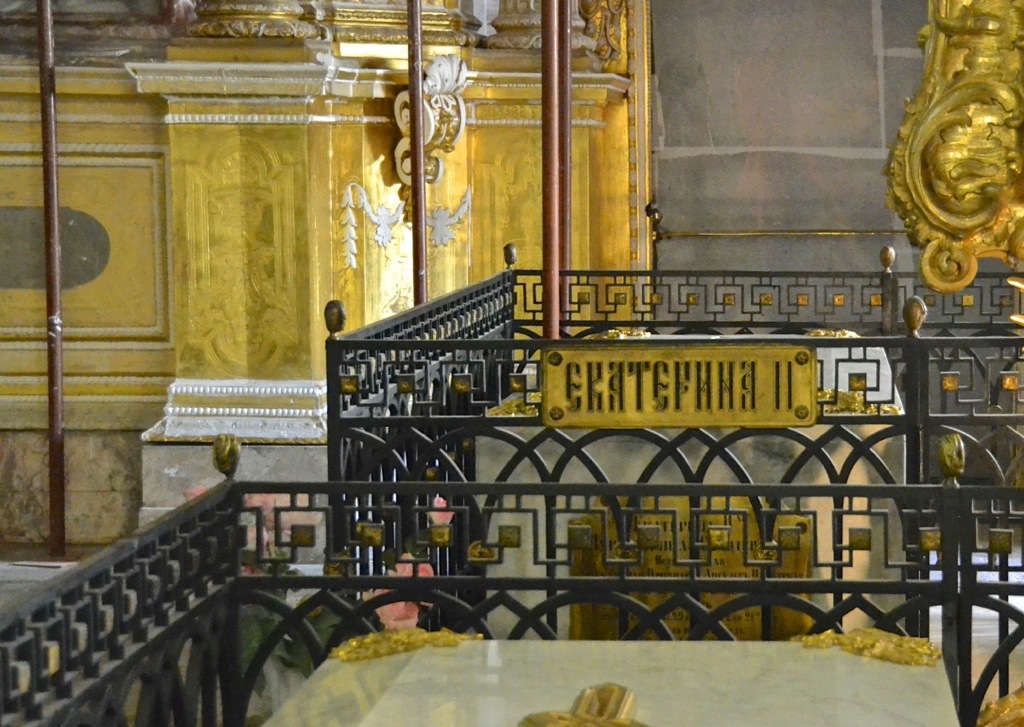 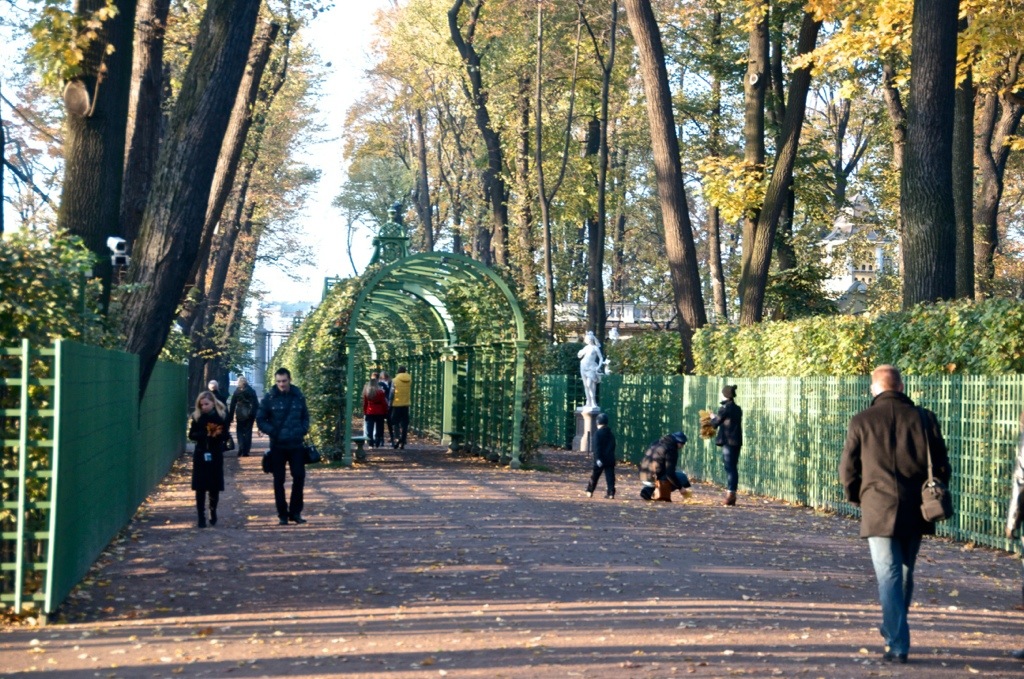 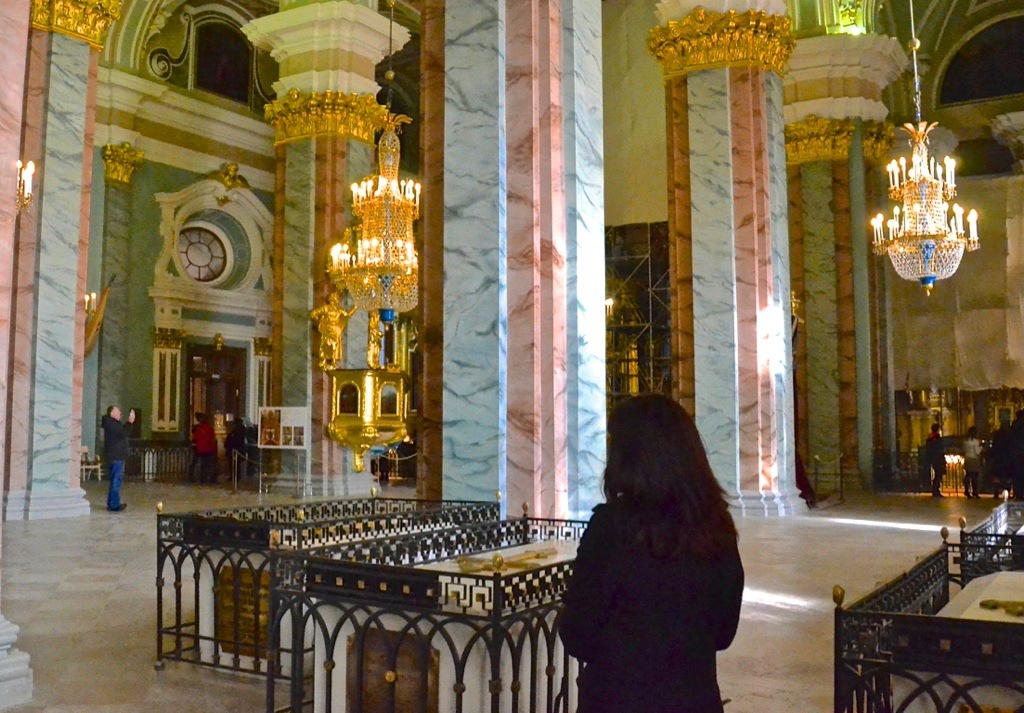 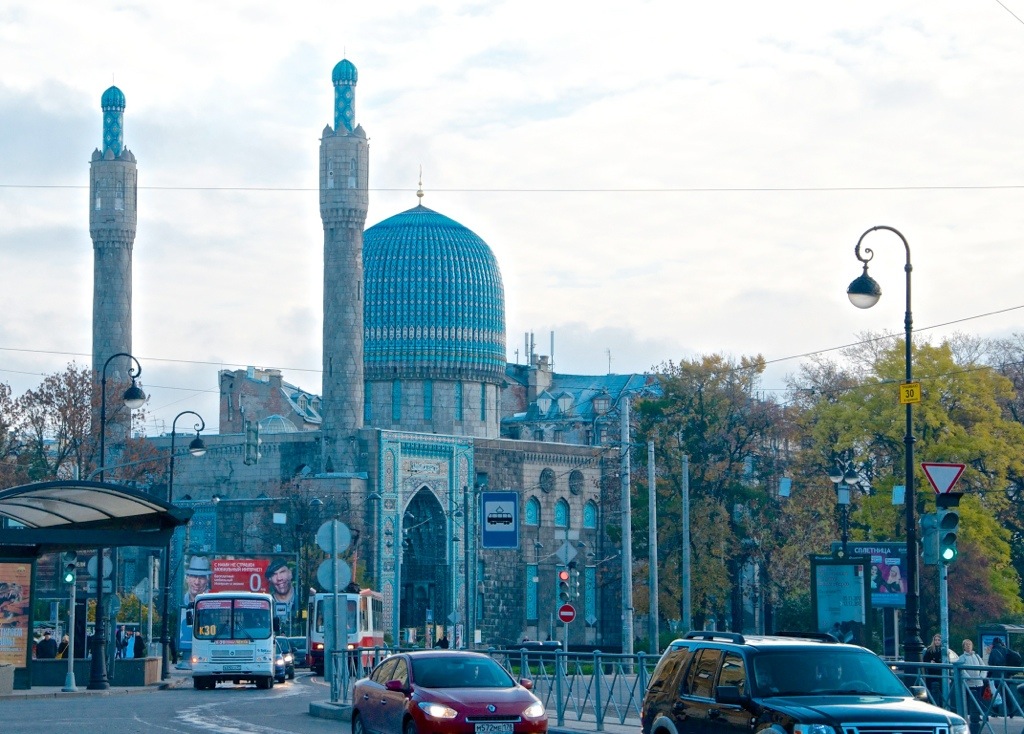