Today I visited a Buddhist temple, which turned out to be Tibetan Buddhist. I was expecting a Chinese temple like we have in the Los Angeles area, but to my shear delight it was Tibetan! Complete with flags! What a difference between this place and the mosque. Both are basically low-budget ethnic run operations, yet this Buddhist temple had no problem welcoming me as a guest and even a devotee, whereas the mosque was full of fear and made me feel unwelcome. This speaks volumes to me.

I learned this Buddhist temple started at the beginning of the 20th century, but shortly after the Bolshevik Revolution it was taken over by the Soviets and used as a jamming center to block the transmissions of the Voice of America and Radio Free Europe. After the fall of the USSR it was returned to the Buddhist community and turned back into a Temple. Now that’s a piece of cold war history!

After my visit to this temple I went to the home of the famous poet Puskin, which is now a museum. It’s a simple place and the tour is not very long, but I found it dramatic. I was able to see where his family lived, where his study and library were, where his wife’s room was, and how he lived with his family. I also learned the details of how he died and even saw the gun that was used to kill him. He was killed in a pistol duel, which to me is the stupidest thing in the world, but I guess that’s what made Pushkin a Pushkin! The most interesting thing was to see the pages of his manuscripts. I could see the amount of work and the creative process that went into his poetry including all of the doodling. In no way did he just write his poetry once, instead he worked it over and over and over again. There was obviously a creative burst, but after that it was just plain hard work like any writer has to go through. This was good and inspiring to see.

After that I went to a nice Georgian restaurant. I have found that Eastern Russian and Middle Eastern restaurants are good places for me to eat. The regular blue eyes blonde Russian restaurants are just too much meat. I do much better in the ethnic restaurants. And yes, as promised, I tried my first shot of vodka. It’s like drinking turpentine! Yes I’m sure it’s an acquired taste, but that’s way too much acquiring for me. I could only take a sip and so left the rest. I’m sure that’s a sin to the Russian vodka god. I pray that I may be forgiven! 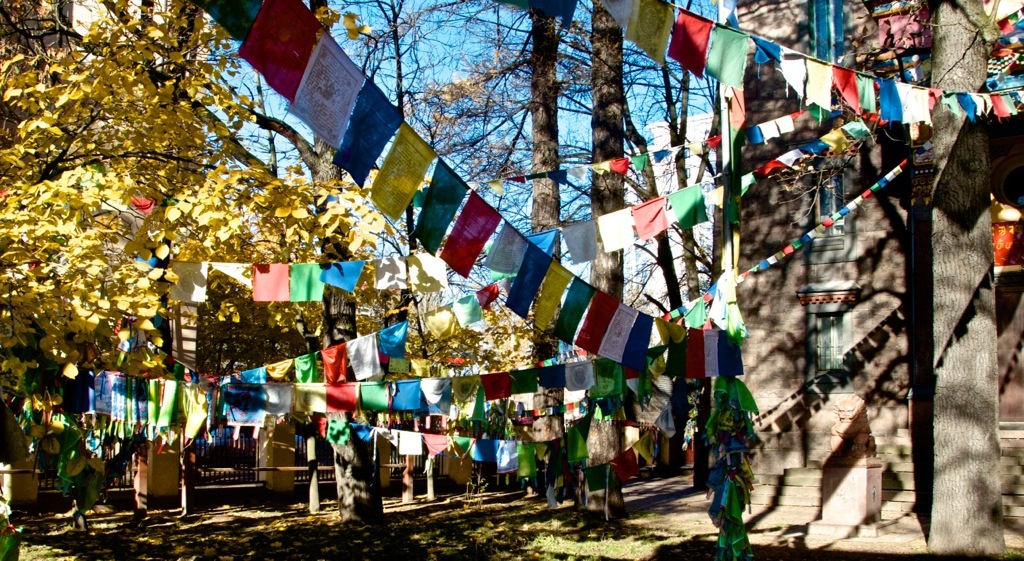 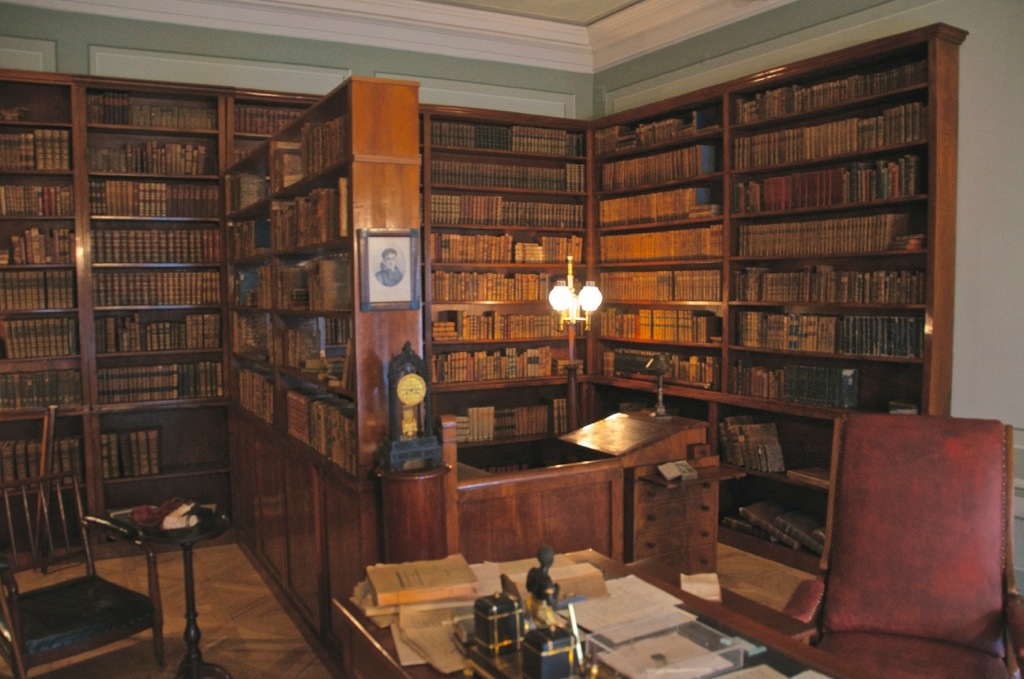 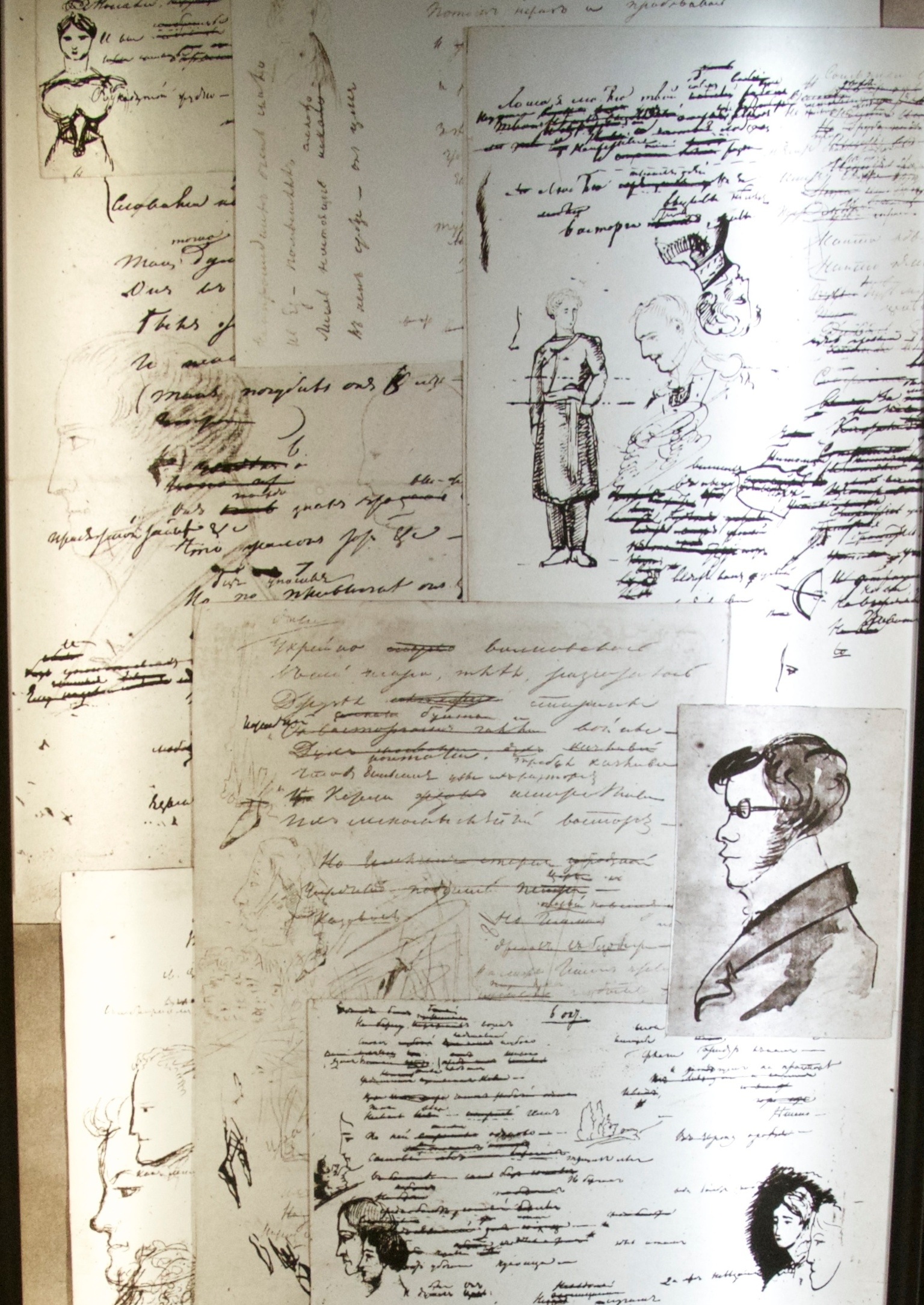 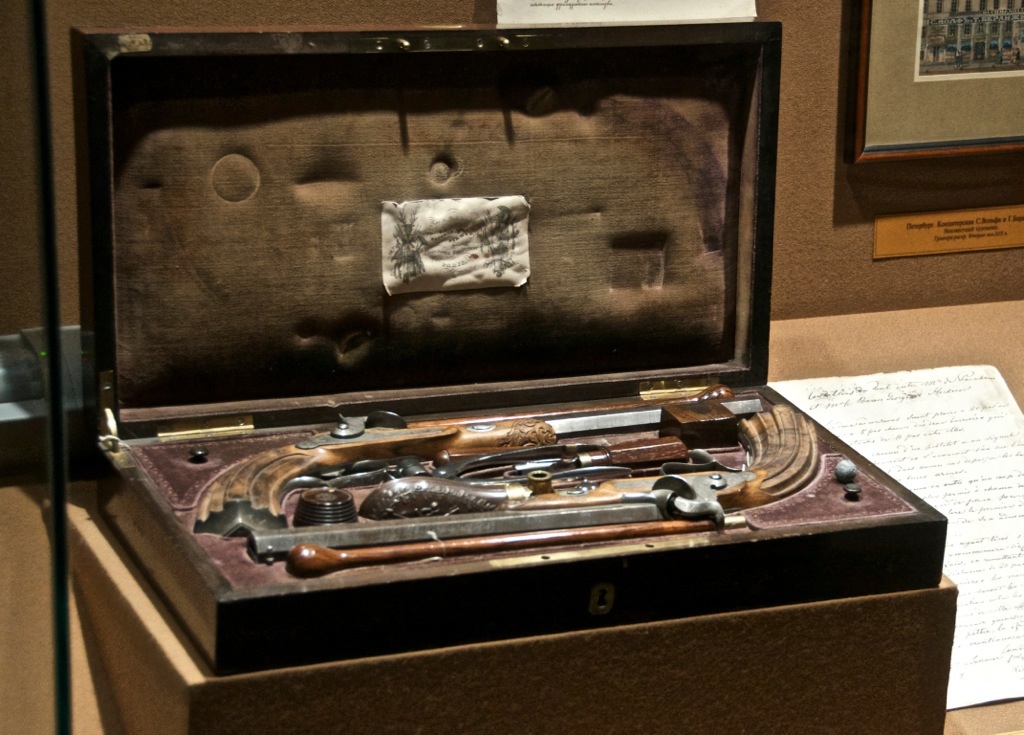 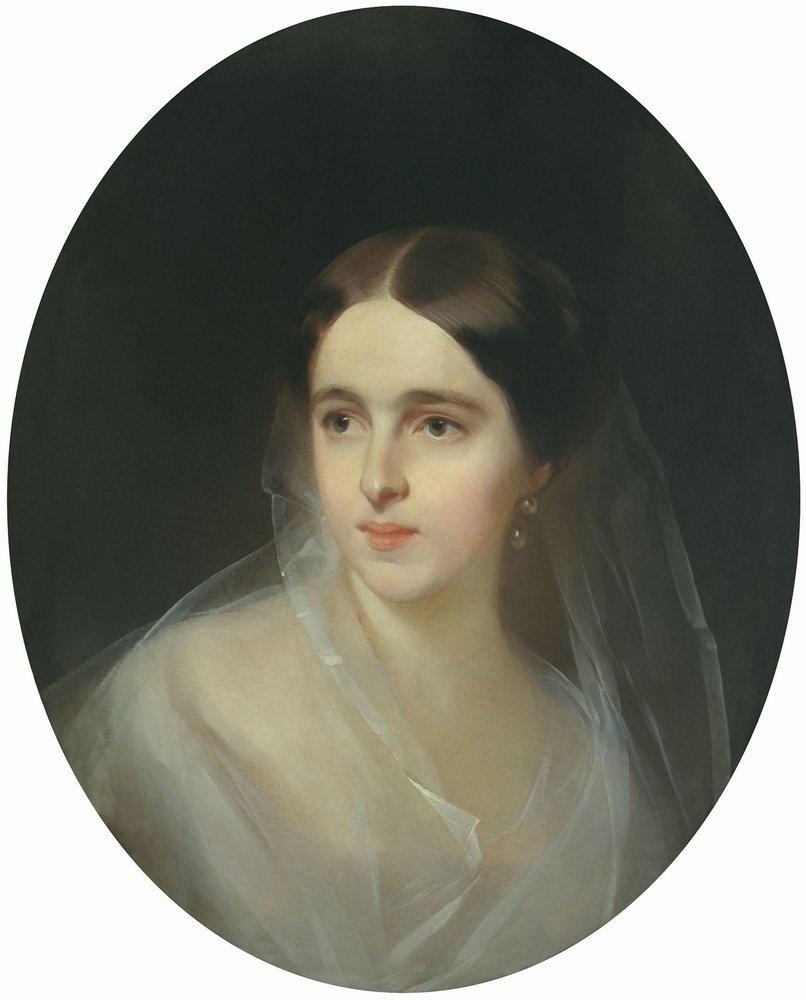