Food is basic and much less processed here. Sugar is not sweet. All the things I expect to be sweet are not sweet, at least not according to my taste, including chocolate. A typical bowl of sugar one finds at a restaurant table is mostly cubes and three quarters of them are brown. Even the white sugar cubes are not sweet. I tried sweetening my coffee with them, but I could simply not achieve the level of sweetness that I am used to. There is no hope of finding Splenda or other artificial sweeteners here. So I’ve given up using sugar or any other kind of sweetener in my coffee. Similarly, I can find no white bread. Yes there is so called white bread, but it’s really not white, it’s more like beige bread. I haven’t tried a soda, what to speak of a diet soda, neither of them seem to be readily available. All this I take as a good thing. And here’s the best part: I’m losing weight and I’m eating relatively normally. Even though I try to stay away from carbs, it is not possible. In addition I walk—a lot. Conclusion: our American lifestyle with our addiction to sweets and highly processed carbs and other foods is an unhealthy diet. I’m glad to be away from it. Russians, and indeed most Europeans are slim and I suspect more healthy than Americans. I wonder if diabetes is at such epidemic proportions here as it is in the US?

I would not want to be gay or even black here. I’ve hardly seen a black person, yet I get the distinct feeling they would be discriminated against. This is just my opinion and I will try to find out more of what the general Russian attitude towards blacks may be. Similarly, I see no signs of gays. This tells me that to come out as a gay person in this country is probably dangerous. I will try to check into this as well.

If you are a vegetarian, life is also hard. This is a meat-eating culture. I have to hunt quite hard to find food. I have found that middle eastern and ethnic restaurants tend to be more favorable than regular Russian restaurants. Being a vegan? Forget it.

You see few sexually explicit books or magazines in the bookstores or on newsstands here. And by few I mean zero. Certainly you see a fair amount of kissing and hugging on the streets and parks between men and women, even older people, but there are no sexually explicit covers on books and magazines in the regular news and book stands that one sees in the rest of Europe. This suggests the government censors such things and if they control this, I wonder what else they censor.

Public toilets in Russia like the rest of Europe are generally clean. You never see writing on the walls, ‘for a good time call such and such’. There always seems to be paper towels and the trash cans that are not overflowing. I would not hesitate to use a bus station or even train station public toilet. In America I would do almost anything to avoid a public toilet.

There is a lot of construction here and you can see cranes throughout the city. Judging by what I see with all the people in the streets and shops so full of consumer goods and all the construction going on, the economy, at least in the cities of Moscow and St Petersburg must be booming.

Compared to the rest of Europe and even the United States gasoline is cheap here. It costs anywhere from 29.5 to 40 rubles per liter depending on the grade. The ruble is around 30 to the dollar so that makes gasoline about four dollars per gallon. That’s on par with the United States and easily half the price of the rest of Europe. Gasoline in Amsterdam was close to nine dollars a gallon. But the great thing is that gasoline is sold up to a 98 octane level. The highest in the US is 92. I would love to try my car on the 98 octane it was designed for. It would scream. 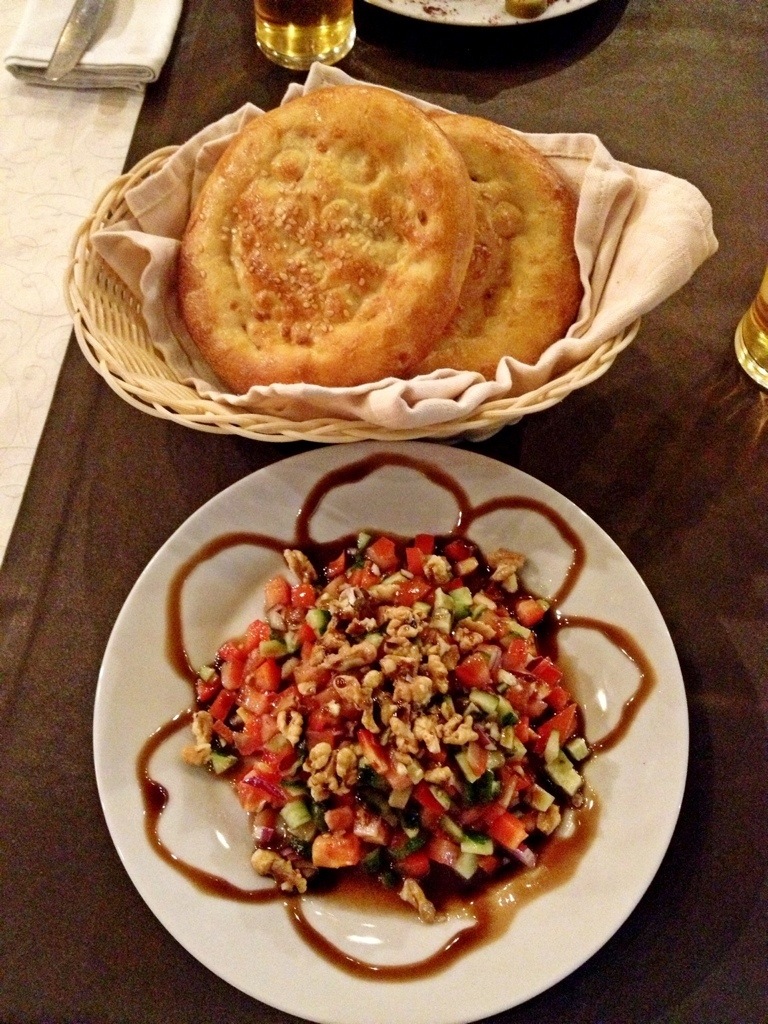