Even though I attended the Toronto Krishna temple regularly, a lot actually, I never joined the temple. In fact, I never fully joined Krishna Consciousness 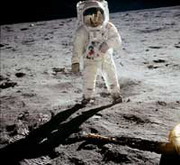 even in later years. Part of me always remained in the outside world. When I was 18, just before entering University, was the closest I ever came to becoming a full time member. I define full time membership more in terms of intellectual and emotional commitment than in physical presence. I was never full time in either category. Kama Nagari and Sukulina, on the other hand, did become full time members. Believe me, I tried my best to make that commitment, but something inside never allowed me the luxury of such commitment. Consequently, I lived in hell, straddling two worlds. When I attended the university I came to the altar of modern rationalism, and when I put on the dhoti I stepped back in time and entered the world of mediaeval Vaishnavism. The gulf between these two worlds is unbridgeable.

I mentioned the creationism-evolution differences and even such bizarre notions that man never went to the moon, or that the sun is closer to the earth than the moon, but these were minor in my mind. The real difference between modern rationalism and Krishna Consciousness is something more basic than discrepancies over beliefs. The two realms operate according to different world views. It is epistemology that separates Krishna 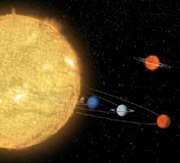 Consciousness from the modern world.

In Krishna Consciousness the most reliable means of knowing anything in this world is through the direct word of God coming in the form of sacred scripture and guru. In Sanskrit this is called shabda, which literally means “word.” Shabda is the same approach that all forms of religious fundamentalism accept whether Hindu, Christian, Jewish or Islamic. In other words, whatever the Gita says, whatever the Bible says, or whatever the Koran says must be accepted as infallible truth even if it appears to contradict sensory knowledge. According to this approach, knowledge is primarily obtained through a descending process, from God, through scripture, to man. The least reliable means of knowing is sense perception. This is the basis for the world view of Krishna Consciousness and religious fundamentalism in general. 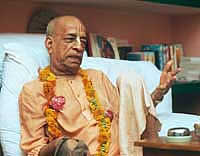 Mainstream religion attempts to balance the two approaches, but Krishna Consciousness is extreme. In those days Krishna Consciousness would never comprise with rationalism, but I could not understand this. I was torn. Anna, I could not escape my need for rationalism, nor could I avoid the taste of devotion that came from the temple. It took me years to understand what was happening to me, and eventually my academic studies drove me into the chasm. How I stepped out of that chasm is the topic of my first book, Hindu Encounter with Modernity.During this year I transfered out of the boonies at Scarborough College and into the downtown campus where the real university was happening. I became a member of University College, the oldest and most prestigious college. Now I was finally at university! I loved the downtown campus with its cosmopolitan flavor. I became a full time Sanskrit specialist with a minor in art history. I was finally in my element and I never again received a grade less that A. I was determined to learn Sanskrit, so I spent hours and hours concentrating on this language. I especially loved to browse the library and immerse myself in books. This was the best time of my life. Meanwhile I had another life going on, the one at the temple. Once I had transferred to the downtown campus I was within walking distance of the temple. I could go there in the morning before school, catch some of the japa (chanting) period, have breakfast and then walk to the university. I could even stop in on the way home in the evening. The walk was only 20 minutes.

It is interesting that Krishna Consciousness and Christian Evangelics are of the same mind set. Of course, the Christians flatly reject Hinduism as the work of the devil, but still, the black and white, either/or, literal mind set of the two groups is identical. Even the mind set of Jewish or Islamic fundamentalism is identical. It is all based on a literal interpretation of scripture. Fundamentalism is basically the same across the religious spectrum.

What I was learning in the university through my Sanskrit studies was diametrically opposed to what I was learning at the temple. One was based on modern rationalism and the other was based on religious fundamentalism. And there is a huge chasm that separates the two. As a result I suffered inscrutable intellectual and emotional agony that would take decades to resolve. You know that Hare Krishna devotees reject evolution, but did you know that they also deny that man went to the moon? Did you know that the sun is closer to the earth than the moon according to Krishna Consciousness? Krishna Consciousness is even more extreme than modern religious fundamentalism. It is medieval fundamentalism. This will become apparent as my story proceeds.