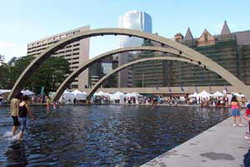 Toronto is a great city in which to grow up. Every culture on this planet is represented on the streets, buses and subways. Consequently, its universities reflect the cosmopolitan nature of the city. Of all the universities, the University of Toronto is the greatest. In addition to the the usual courses: english, philosophy, geography, medicine, engineering, computer science, the University of Toronto also boasts departments of Mediaeval Studies, Ancient Egyptology and Hieroglyphics, Hebrew, Chinese, Japanese, Islamic studies, and even a department of Sanskrit and Indian Studies. What a great place to study!

I disliked high-school; it bored me. Had it not been for the wrath of my father I would have quit high-school and never entered university. Thank God for fathers! The only redeeming feature of my high-school days was my dream to enter college and study something that captured my imagination. I had friends who were going to study computer science, engineering, law and even medicine, but this was not for me. I was determined to do something different. I contemplated studying Greek, Latin, Chinese, Hebrew and even 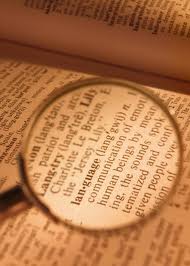 Egyptology. I spent hours pouring over the academic catalogue of the university, dreaming of what courses I could take. I read through this catalogue like my mother read through the Sears catalogue or Woman’s Week Magazine. By age 14 I acquired my first Bhagavad Gita. I remember my high-school librarian presenting me with an edition of the Gita. It was the famous Edwin Arnold translation. No way could I understand the translation, but I was enthralled with the visual appearance of the Sanskrit words. When I saw those exotic devanagari letters I was captivated. Turning those pages of the Gita opened new worlds for me. I decided right then that I would make Sanskrit my object of study when I reached university. This was my driving force. Anna, one thing you must know about me: I am possessed of a bull headed determination. Once I fix my mind, nothing can stand in the way. I am a fanatic in this regard. My determination to study Sanskrit saved my life, for without this I would most certainly have quit high-school and joined the temple. That would have been the end of my academic career and a big disaster. In fact my involvement with ISKCON fueled my desire to learn Sanskrit, but at the same time set me up for a crisis of faith.