Our first son, Vrindavan, was born in Toronto on May 25 1976. Doing the math this means that Kama Nagari was pregnant almost immediately after we moved into our apartment. Without any birth control we were well on our way to a large “catholic” family. The three of us left Toronto on July 4 of that same year bound for Dallas, Texas. We moved to Dallas when Vrindavan was barely one month old. We had no place to stay and no job, but his time we had $5000 in our pockets. Again we were hoping that Krishna would provide.

From the day we arrived in Toronto our plan was to finish my final year at University, complete my degree, and then return to Dallas to become a teacher in the Krishna school (gurukula). Dallas was the only school in ISKCON. Temples from all over the world sent their children to Dallas for a Krishna Conscious 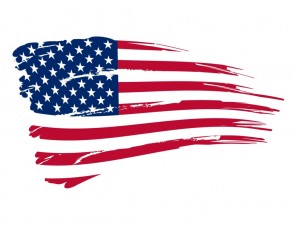 education. I thought, “This was my place. There is no way I am going to chant on the street or work in a incense factory, but I can teach, so let me go there.” That was the general plan. Unfortunately there was one major hurtle to overcome before I could teach at the gurukula. I needed permanent legal status in the US. That was no simple task.

There was a time when all one needed to do was to marry an American. Those days were long gone by the 1970s. Marriage would help, but it was not enough. What was needed was a lot of money, some very specific qualification such as being a physician, dentist or lawyer, or to be sponsored by someone who would guarantee your maintenance in the country. Naturally, American did not want people coming into the country and going onto welfare. We had no money and I was not a medical doctor, so we asked Kama Nagari’s brother, Steven, who was an optometrist to sponsor me. He agreed and so after numerous medical exams, x-rays, police checks in both countries, finger printing, tax audits, registered letters of guarantee from Steven, interviews with US immigration officials and a small fortune in application fees I finally obtained a visa to enter the US. It was a very expensive and detailed process.

At the time it seemed overwhelming and unending, but looking back on it now, it was quick and trouble free. In our current terrorized world the process is much more time consuming and expensive. We even did it without a lawyer. Impossible today. I have to thank Steven for his help, without which it would have been impossible. We loaded everything we owned into our old Volkswagen Beetle and headed for the boarder at Detroit Michigan. The date was July 4, 1976, the two hundredth anniversary of the United States of America. It was a perfect day to join my new country.