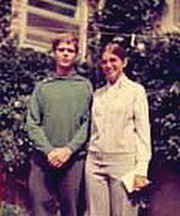 On August 28, 1975 Kama Nagari and I arrived in Toronto from Dallas, Texas. My school started on September 5. We had just $800 to our name, no place to live and no job. In addition, I had been disowned by my parents. “Ok, buddy boy, if this is the way you are going to get married, do it, but don’t expect any help from us.” That was the attitude of my parents and I agreed with them. Anna, do you have any idea how hard it is to find an apartment in downtown Toronto six days before school starts and with no 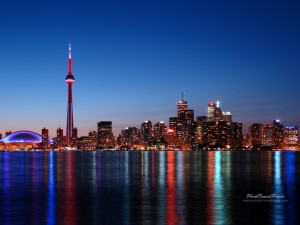 credit history or references? It is next to impossible! But we had one tiny ace card to play. Kama Nagari was Jewish. I swear to God, we arrived in Toronto around 11 AM and we had an apartment by 1 PM! Almost every landlord in Toronto was Jewish and so with a little hutzpah from KN we were in like flin. I was starting to like this Jewish thing. In later years we used it many times to get something accomplished. The apartment would not be ready until the day before school so we arranged to stay with Tony and Margret, Brahmidevi’s son and girlfriend. We were on our way to establishing ourselves. Krishna provides!