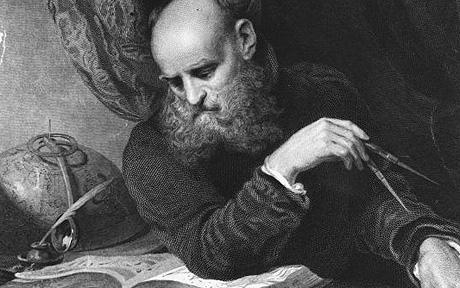 “Scientists were rated as great heretics by the church, but they were truly
religious men because of their faith in the orderliness of the universe.”**

Tyco Brahe was an astrologer, Copernicus was an astrologer, Kepler was an a astrologer and even Galileo had been trained in astrology and now I too, like these great personalities, wanted to study astrology. Unlike Christianity, however, astrology is still an integral part of Hindu culture, which meant that I also had a professional reason to study this topic. Consequently, I began to explore Hindu astrology with vigor and passion.*** Daily I would ride my bicycle to the university and sit in the library to study astrology. I collected dozens of astrological books and read them in every spare moment, but like most things, you cannot learn everything from a book, so I soon found a person who could teach me this subject. Unfortunately, my teacher turned out to be a hermit, who lived a hundred and fifty kilometers out in the California desert. This meant that I had to make a weekly pilgrimage to see this man just to spend a few hours learning “the mysteries” of astrology. I willingly made this trip for more than five years. This is how I eventually learned astrology.

From the beginning I learned that much of astrology is just basic astronomy, observing and understanding the movements of the celestial bodies, so I purchased a telescope and began to chart the skies. Even now I am an avid observer of the heavens. In the past every astrologer was an astronomer, but today most never even look at the sky, it is all done from a computer. Anna, one thing leads to another, so once I began charting the skies I learned some mathematics and I quickly discovered that mathematics was the language of science. This led me to learn some of the basic principles of physics and before I knew it I became hooked on science. Thus astrology, as it had done for Brahe, Copernicus, Kepler and Galileo, initiated me into the study of astronomy and science.

I have stated that aesthetics lies at the foundations of my religion, so aesthetics also lies at the foundations of my science. Anna, most of modern science, at least in the west, begins from the assumption that there is no metaphysical substratum or underlying order within the material universe. Call it God if you will, and yet science has been unable to disprove the existence of this God.**** Thus much of science is based on a negative assumption. But why not begin from a positive assumption? So I begin my scientific inquiry from a point of affirmation instead of negation. I look into a telescope and see wondrous beauty. I look into the microcosm and see incredible order and apparent design. I hear about the second law of thermodynamics and the principle of entropy and yet I see boundless organization all around me. So why not make a positive assumption about the nature of reality, that there is something more than mere dead matter all around us. This is how I begin my study of science. And the more mathematics I learn, the more physics I can grasp, the more I am amazed at the nature of reality. As strange as this may seem science nurtures my faith.

*Image Source: http://www.telegraph.co.uk/news/worldnews/europe/italy/4861889/Galileos-finger-goes-on-display-in-Italy.html
** Albert Einstein
***You can see my conclusions about astrology in another installment, entitled “My Adventure with Astrology.”
****See my writing installment, Radhika’s Question to understand my definition of God.