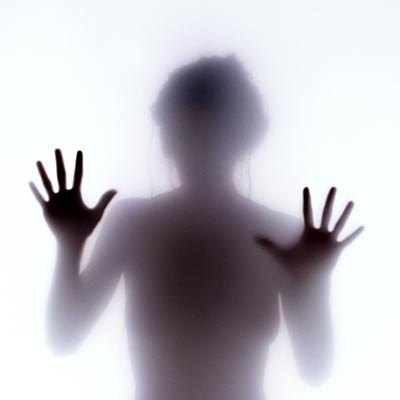 If you recall I once wrote about my life in the box. I am, of course, speaking about the box of medieval Vaishnavism, Krishna Consciousness. While it was true that for many years I did indeed do my best to live within this box, at least psychologically, there has in fact only been two times when I have actually lived within that box and by this I mean physically lived within the box. The first time was in Los Angeles, California and the second time was years later in New Vrindavan, West Virginia. The first time I was the prey and the second time I was the predator. Let me now speak about my time in the Los Angeles box.

I have mentioned how I have lived under communism. Here is what I mean. In the early days, living within a Hare Krishna community was tantamount to living under a communist regime. We were given an apartment, food, medical care, a job, and all the necessities of life. We really had no material wants. Everything was looked after and in truth we were released from the burdens of having to work for the necessities of live.

We were free to pursue a spiritual life and for some time we obtained great joy in this lifestyle. In exchange, however, we had to think and act in certain ways and dedicate ourselves to a certain ideology. We had to live simply, cut ourselves off from the outside world and do the jobs we were told. TV or outside videos were not allowed.

We were discouraged from owning land or real estate or having bank accounts, or working on the outside. Our children attended a community school. We could not eat a whole list of forbidden fools that included meat and even tea. We could not go to restaurants, clubs or movies and, of course, alcohol or any other kinds of drugs were completely forbidden. Even relations between husband and wife were restricted. Sex was completely off limits except for procreation and you could not even choose who you married. That had to be approved by the senior spiritual authorities of the community.

We were told how uncivilized and nasty the people on the outside were. They were karmis, which was a pejorative term. We were constantly told how we lived in the perfect world, the world of Krishna Consciousness. As a consequence of living within such a restricted society I have seen how spying networks arise when members break the rules of the community and other members report them. I have also seen how basic human rights become violated when community authorities break into apartments to confiscate forbidden items. I have seen how black markets and corruption develop when members covertly trade in forbidden items like televisions. This is how it was for the full time devotees who were serious about their spiritual lives in the very early days of Krishna Consciousness. Nowadays the rules are more relaxed.

Anna, when I hear how in Iran or some other fundamentalist Muslin country the citizens are not allowed to have satellite TVs or listen to Western music and how the ayatollahs and other clerics control the private aspects of personal lives, I understand. When I hear how in Soviet Russia or during Maoist China people could not own land or have private businesses, I understand. When I hear how the citizens live in North Korea, completely cut off from the rest of the world and living in fear of the outside, I understand, for I have lived that way. I understand the nature of life within a theocracy, I understand the benefits of communism and I know the how these ideologies lead to totalitarianism and fascism. I understand how evil develops from a utopian way of life. Krishna Consciousness gave me huge insights into human psychology, political ideology and the nature of evil.

Kama Nagari, Vrindavan and I lived in Los Angeles between September of 1977 and May of 1978. During that time I worked with the BBT, the Hare Krishna’s book publishing division, and taught Sanskrit at the Los Angeles’s community school.

Kama Nagari worked with Spiritual Sky, the communities incense manufacturing company. This was my first attempt to live the lifestyle of a full time devotee, which meant that I became totally dependent on the Hare Krishna movement. Prior to this I had lived outside on my own and would regularly visit the temple. I always felt that I was not a real devotee because of my non “full time” status so was I eager to surrender and become a full time devotee. It did not take me more than three months to decide that such a full time life style was not for me. Three things quickly drove me to this conclusion. First, I never received my devotional stipend on time which meant that I could not pay my rent on time. Kama Nagari and I had an outside apartment, not one of the community apartments, which meant that we had to interact with the outside world in the form of paying rent. We had a day that the rent must be paid. Never once did I receive my allotment on time.

This was a matter that drove me crazy. I had signed a contract and given my word to pay on time. I remember having many shouting matches with Radha Vallabha, the person in charge of the BBT at the time. He would always tell me to not be so attached, not to worry and to rely on Krishna. Besides, my landlords were just karmis, outsiders. I could never accept this.

The second that drove me to dispute was when I needed small things like light bulbs, tooth paste, baby formula or heaven forbid a new battery for my car. I remember I once had to go and ask for extra funds from the temple in order to purchase a $45 car battery. It took the temple a month to give me this small amount of money. I was told that I was wasting the spiritual master’s money by having a car. Of course, the head of the BBT had a new car and all the light bulbs he wanted. I could not tolerate being so dependent. I was never a good candidate for submission.

The final aspect of “surrendered” life that I could not accept was when I was told to go to the local government welfare department to get food stamps and medical assistance. I could not tolerate the indignity of having to beg from the government for assistance. It was simply impossible for me to be dependent on any outside agency regardless of whether is was the temple community or the State of California. Socialism was not for me. Life in the Hare Krishna movement was not what I expected, so I soon decided that I would take control of my life, move back to Canada and return to school. But there was one major psychological problem that kept me from doing this for another six months. I was afraid that if I left the temple I could not be a devotee. I feared that I would lose my devotional status and so I tolerated temple life for another six months.

Anna, getting up early in the morning to attend mangal arati at 4:30 AM was never a problem for me. Chanting two hours of japa or being a vegetarian or abstaining from alcohol was never a problem for me. But being economically dependent drove me to the edge. By the end of April I had had just was much as “surrendered” life as I could take and so I thought, “I am out. I do not care if I cease to be a devotee? I will be a karmi. I am taking charge and moving on with my life.” I packed my bags and moved Kama Nagari and Vrindavan back to Toronto. My Hare Krishna experience was over and I was done with my life in American, or so I thought.